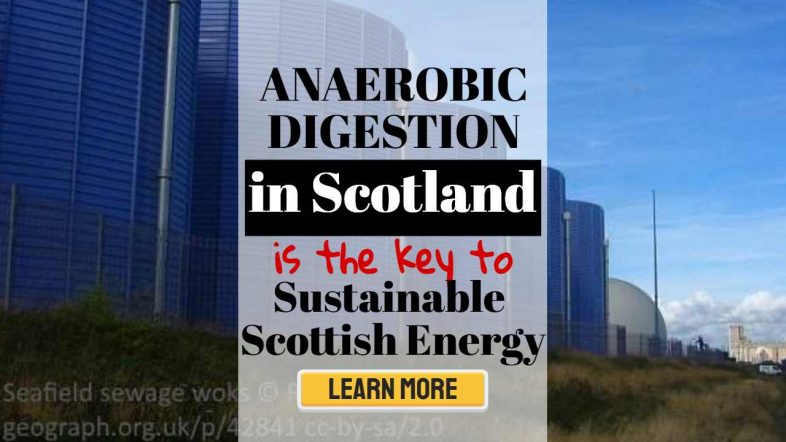 Anaerobic Digestion in Scotland is seen by policymakers as being the key to a sustainable Scottish Energy Strategy. 100% renewable energy from the digestion of biodegradable waste helps tackle climate change, instead of contributing to climate change through landfilling and incineration.  This energy output helps cut fossil fuel use and reduce greenhouse gas emissions.

There are 4 main anaerobic digestion plant sectors that were active in 2017 (the latest date for which we could find figures). The Scottish biogas plant sectors identified (with the number operating in 2017) are:

The 49 sites operating in the Anaerobic Digestion (AD) & Biogas sector in Scotland in 2017 are estimated to have processed a total of 9.3 million tonnes of varying feedstocks.

Overall the AD sector in 2017 is estimated to have generated 217 million m3 of biogas, with significant growth in the industrial and farming sectors, having occurred between 2013 and 2017.

The Scottish industrial and farming sectors generate by far the largest volume of biogas (84 and 63 million m3 respectively in 2017). This amounts to 68% of the total.

A notable development since 2013 has been the rapid rise in the number of biomethane gas to grid projects (natural gas grid). In 2017, 41% of total biogas generated is estimated as having been used for this purpose.

Food waste digestion is also rising with an estimated 2017 throughput of 141,651 tonnes of food waste (from households and commercial sources (processors, hospitality and catering sectors)) being processed at AD facilities. That overall total was up by almost 30%, compared to 2014.

In terms of the potential for future growth in the Scottish biogas sector, the degree of support for the industry has led to a decline in new biogas plants coming on-stream since 2017.

The support provided via subsidies to the sector is being negatively affected by:

However, there is clearly scope for very significant developments in the Scottish AD sector, with feedback from various stakeholders including the Scottish Environment Protection Agency (SEPA) identifying where these could be. 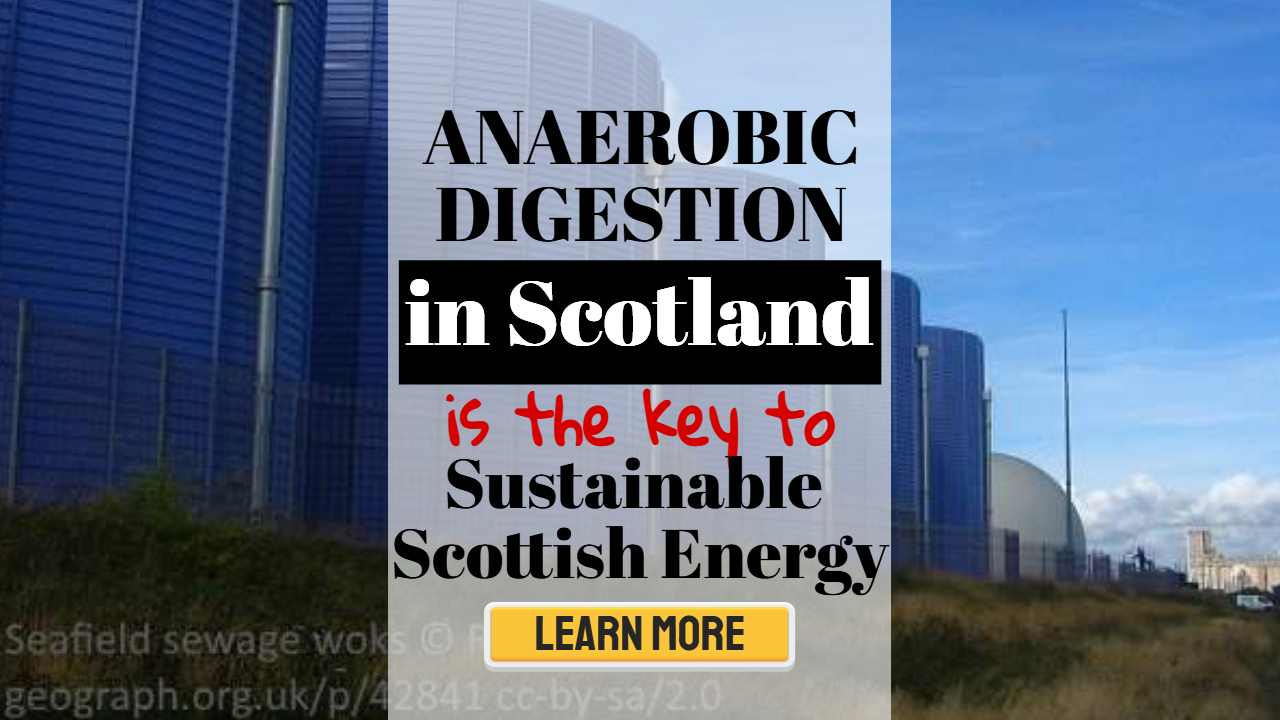 There is data to suggest that the significant growth in the Scottish AD sector could be continued, but one or more of the following will need to occur:

The industrial sector is considered to be an area with significant room for growth, with many thousands of tonnes of potential feedstock currently being discharged to sea and/or land when they could be used as biogas energy sources.

There is real potential in the nation for more on-site AD at:

The energy value of food residues is still not fully recognised by Scottish food companies and greater effort is needed to highlight what can be done with the opportunity.

Food Waste is an underutilised resource in the country where participation levels can be significantly improved. It is estimated, for example, that around 29% of residual, household black bag waste consists of food waste. Furthermore, in 2017, over one million tonnes of household waste was landfilled.

This situation, along with the forthcoming landfill ban of organic waste streams (2021) indicates that there is real potential in terms of recovering significant tonnages of food waste for AD (and/or composting).

Stakeholders identified the importance of increasing the amount of awareness-raising work, to improve participation levels and reduce contamination such as food packaging.

There is good news for future prospects of this form of energy from waste. Planning permission was recently granted for Scotland's largest ever AD facility at Pond Green Energy Park, West Lothian. This has a design capacity of 200,000 tonnes per year, is targeted to commence in 2012, with a total generating capacity of 4 Megawatts (MW) of renewable electricity and 6MW of renewable heat. There are only three of this scale that are operational throughout the UK.

The following is our Archived article as originally posted in January 2018, starting with a Press release from the AD industry trade body ADBA:

Anaerobic digestion in Scotland can make a key contribution to meeting the goals set out in the Scottish Energy Strategy, according to the UK’s trade body for the AD industry.

“The Scottish Government has set itself ambitious but necessary targets for generating renewable energy in its new Energy Strategy, and renewable heat and electricity produced through AD can make an important contribution to these goals, as well as reducing emissions from landfill, creating rural jobs, and helping to restore degraded soils.

Watch our video below for more information and then scroll down further for more details of the Scottish Energy Strategy, including energy from waste targets: 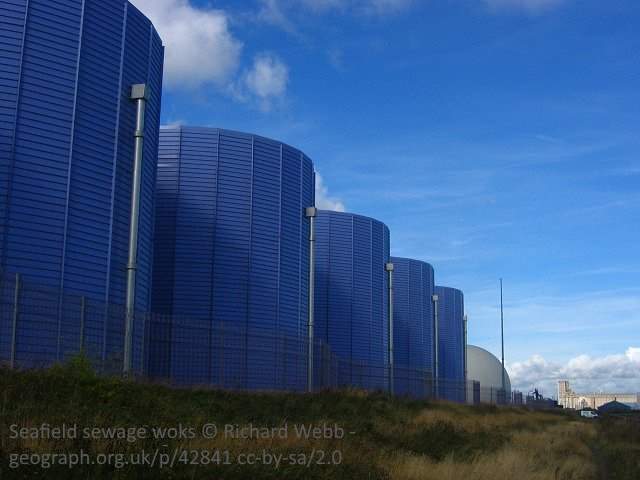 “There are now over 50 operational AD plants spread across Scotland, recycling a range of wastes including animal slurries and manures, food waste, grass silage, sugar beet, and various grains and wheat from Scotland’s famous distilleries. With more than half of these plants commissioned within the last four years, farmers, businesses and government are increasingly seeing first-hand the multiple benefits that green gas delivers.”

AD is a technology that uses natural processes to recycle organic wastes and process purpose-grown energy crops into green gas that can then be used to produce renewable heat and power, low-carbon transport fuel, and nutrient-rich biofertiliser. AD is currently delivering 45 MWe of power and 11,000 m3/hr of heat in Scotland, with AD plants across the UK now having enough capacity to power over a million homes.

The Scottish Government’s Energy Strategy, the first of its kind in Scotland, sets a new target for at least 50% of all Scotland's heat, transport, and electricity consumption to be supplied from renewable sources by 2030. The Strategy notes that biogas and biomethane produced through AD from agricultural wastes will have a role to play in helping to decarbonise Scotland’s energy system, and notes that existing AD biomethane sites in Scotland already produce enough gas to supply the equivalent of 85,000 homes. It can also produce heat to drive CHP schemes for heating homes and other uses.

Morton’s comments come ahead of the ADBA Scottish National Conference 2018, taking place in Glasgow on the 28th of February.

Last year’s conference was the first dedicated solely to the Scottish AD industry, and this year’s event will focus on AD’s potential contribution to business and farming in Scotland, with Cabinet Secretary for Environment, Climate Change, and Land Reform Roseanna Cunningham MSP giving the keynote presentation on Scotland’s proposed new Climate Change Bill.

Scotland has had significant medium-term targets for renewable energy since 2010 when they aimed to achieve: 11% of all heat by 2020, and 50% of all electricity.

Back in 2010, this Scottish study reported that energy from municipal waste could make a contribution to these targets, though it should be noted that not all energy produced by energy from waste plants would necessarily be classified as renewable from this natural process.

The “Sustainable Development Commission Scotland – Energy from Waste Potential in Scotland (2010)” study shows that EfW in Scotland could contribute approximately 2.0 TWh of useful heat and 0.90 TWh of electricity per year, from incineration and anaerobic digestion combined.

This is equivalent to approximately 3% of Scotland‟s total heat demand and total electricity demand. The study takes existing and planned waste targets (Scotland's “Zero Waste Plan‟, currently under consultation) as a baseline.

Thus a 25% cap on combustion of Municipal Solid Waste (MSW) is taken as a given.

Waste diversion scenarios from the Scottish Government Waste Team are used to estimate proportions of all waste streams that might potentially be used to recover useful energy. Direct combustion of solid wastes (aka “incineration‟) and anaerobic digestion (AD) with biogas capture are the main energy from waste (EfW) technologies that were considered. via Sustainable Development Commission Scotland – Energy from Waste Potential in Scotland (2010) via Energy from Waste Potential in Scotland

ADBA noted in 2015 that while the amount of food thrown away in Scotland each year has fallen by 8% since 2009, less than half of Scotland’s household waste was sent to landfill in 2014 – the first time that figure has ever dipped below the 50% mark, and a sign that technology like AD can help reduce demand on landfill space.

Further, under the Waste (Scotland) Regulations 2012 more will become available to due increased numbers of household food waste collections.

“Increasingly, waste has value. The AD process recognises that, and turns things we don’t want, like food waste and farmyard slurry, into something we desperately need – clean, affordable electricity,” she continued.

At one of the sites, in Stirlingshire, the AD plant processes a variable mixture of food and farm waste including grass silage, crop residues, distillery by-products and barley mill waste.

“Scotland is leading the way in demonstrating how anaerobic digestion extracts value from our waste while supporting farming resilience, reducing billions in carbon abatement costs, improving food security and production and generating employment and investment opportunities for rural economies.

“We are particularly excited to see AD plants working in partnership with local authorities to collect residents’ food waste and to distribute in its place heat and electricity for local homes.

And, in the Wastewater Treatment Industry in Scotland they aim for self-sufficiency: 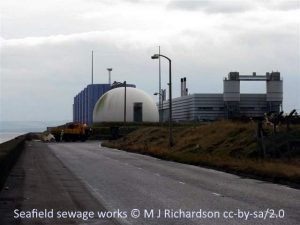 Veolia, the global resource management company, is now helping Scottish Water to achieve the target of energy self-sufficiency at its Seafield Wastewater Treatment Works, WwTW, the largest treatment works in the east of Scotland.

Since 2015 Veolia has extended the site’s capability to generate its own energy from 55% to around 85% in 2017 by boosting the renewable energy derived from a combination of anaerobic digestion in Scotland of sludge and biogas-fired combined-heat-and-power (CHP) plants.

In fact, full self-sufficiency has already been achieved at various points during 2017 when Seafield used no electricity from the Grid.

Seafield WwTW treats waste for a population equivalent of approximately 850,000 people from Edinburgh and the surrounding area which equates to 300 million litres of wastewater every day—enough to fill 121 Olympic sized swimming pools. By implementing a range of innovations and increasing efficiency the target of energy self-sufficiency has been set as the practical target and will further sustainability and lower carbon emissions.

The advances to date mean that the Seafield site has also reduced its energy costs by 50%, which will help meet the value-for-money consumer criteria set for the industry.

The water industry is the fourth most energy-intensive U.K. industry and uses around 3% of U.K. generated electricity for pumping, water treatment and waste management which directly contributes around 1% of the U.K.’s greenhouse gas (GHG) emissions.

Working in partnership with Scottish Water, Veolia has introduced a wide range of measures to derive renewable energy using anaerobic digestion in Scotland from sludge as a valuable resource. Measures installed to date include a thermal hydrolysis process that has increased biogas production by around 10%, investment in an additional CHP unit to provide greater energy generation and to take advantage of the additional biogas, and a further 3% increase in the yield of biogas. via Veolia helps Scottish Water achieve energy self-sufficiency

Conclusion on Anaerobic Digestion in Scotland

The Scottish Government has a much more progressive and optimistic outlook on the benefits of “green gas” (biogas) for anaerobic digestion in Scotland than the government sees for the process in England.

Is it too much to hope that the much larger benefits which could flow from similar policies being established and then promoted, via green gas incentives made available in England, will eventually become a reality? 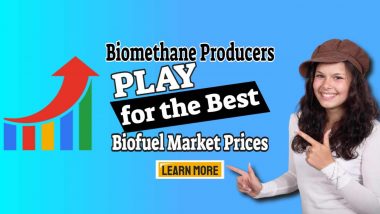 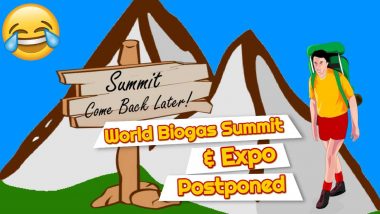