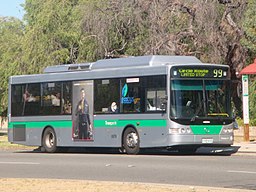 Bio Gas Projects – for Base Camps, and Transport Use

For a change we thought that we would provide a round-up of the various bio gas projects newly reported online this month for bio gas production and its use.

This shows that many bio gas projects (elsewhere biogas) are being actively developed world-wide, for many reasons and using divergent technologies to utilise the age-old process of anaerobic digestion, which is almost always behind bio gas projects of this kind.

In the excerpts which follow we have a project for bio gas production at Himalayan base camps, Danish news of a project which will raise the number of vehicles using bio gas as their transport fuel.

Watch the following introductory video to the contents of this page:

Finally, in the UK, Bristol City Council now has a bio gas powered bus in service to test out the viability of this low emission energy source for their future public transport use.

Environmentally sustainable solution to the impact of human waste on Mt. Everest and beyond – UIAA

Over the past six years, the Mt. Everest Biogas Project has been part of the construction and long-term implementation strategy [of base camp biogas plants.

“Business as usual” in regards to the issue of human waste on Everest means the continued dumping of human waste in open pits, leaving the local people to live with the results of this environmentally hazardous approach. MEBP goes beyond this as the first solution for processing waste on-site and producing economic benefits to the community while eliminating the growing environmental threats.

The solution to the Everest waste problem proposed by MEBP involves the integration of several technologies already ubiquitous in Nepal: small-scale biogas digesters with a shelter built on site, water storage, solar photovoltaic heating systems and, potentially, a greenhouse. There are more than 260,000 family-sized digesters in the country, a technology largely headed by BSP-Nepal, a local NGO that helps communities implement their own bio-digesters. MEBP would incorporate a proven, off-the-shelf BSP biogas digester model. All building materials and equipment will be selected only if they can be sourced in Nepal, and are low technology with ruggedized components.

MEBP will not only change the way waste is disposed of, but will introduce new building techniques to the local builders to make them energy-efficient and seismically safe. While the shelter will be constructed of traditional stone masonry, MEBP has incorporated rigid foam insulation below the foundation and in the cavities of walls and roof to retain the digester heat. Masonry combined with insulation is not a standard practice in Nepal, despite the cold climates. Additionally, the shelter will include a new earthquake-resisting technique called “gabion banding,” which reinforces traditional stone construction with horizontal wire mesh bands that strategically hold the building together when it experiences shaking forces. These new building techniques look to incrementally build on “business as usual” to create safer and more sustainable building practices.

Phase 1 – Construction and Installation: The MEBP will raise funds for and has overall responsibility throughout this phase.

Phase 3 – Long Term Operation: At this time, financial responsibility for the long term operation of the biogas system will belong to SPCC.

via Mount Everest Biogas Project (MEBP): Environmentally sustainable solution to the impact of human waste on Mt. Everest and beyond

We are incredibly proud to enter into an agreement with one of the world’s largest car manufacturers. It is a seal of approval to the change in strategy we initiated in 2012, where we started building large-scale biogas plants. Today we run four large plants and we are about to build an additional three. We also plan to build another 10 plants in the future, says the CEO at Nature Energy, Ole Hvelplund.

Nature Energy produces biogas based on waste and sludge. This means that the biogas is second-generation biofuel, which does not use food as raw material. As a result, there is a greater reduction in CO2 emissions – actually more than 100 per cent as biogas prevents the emission of methane in agriculture while repressing fossil fuel and petrol when applied in cars.
This is one of the reasons why Audi has chosen to buy its biogas from Nature Energy.More and more people are turning their attention to the benefits of using biogas for transport, and Denmark has a unique opportunity to become one of Europe’s leading biogas suppliers.
There is currently more than two million gas-fuelled cars in Europe, and by replacing patrol and diesel fuel with green biogas, we can reduce our CO2-emissions in the transport sector significantly, says Ole Hvelplund.

In Bristol, the company has taken delivery of its first wholly-owned biogas-fuelled double-decker, which will be operating in Bristol. As yet, First has ordered no further gas buses, the company stated, but will start experimenting with electric double-deckers.

First’s debut gas double-decker is a Scania N 280 UD with Alexander Dennis Enviro400 City bodywork. The pilot bus is one of 25 ADL-bodied Scania double-deckers that will enter service in Bristol.
Initially the whole batch was slated to be diesels, but the specification for a single chassis was changed to gas power to allow First to demonstrate the concept’s capabilities.
It also gained a City body with some non-standard items for a bus delivered to the group.Gas has debuted in Bristol for a reason, it satisfies the minimum emissions specifications for Metrobus.
Euro 6 diesel does not, although it has a two-year derogation.The First gas double-decker is similar in specification to those in the process of delivery to Nottingham City Transport. via FIRST HAS FIRST BIOGAS BUS IN SERVICE
Tweet
Share
Pin
Share
0 Shares 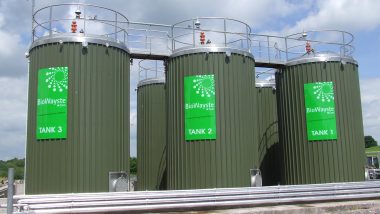 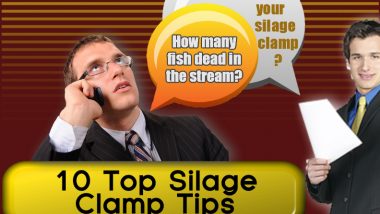