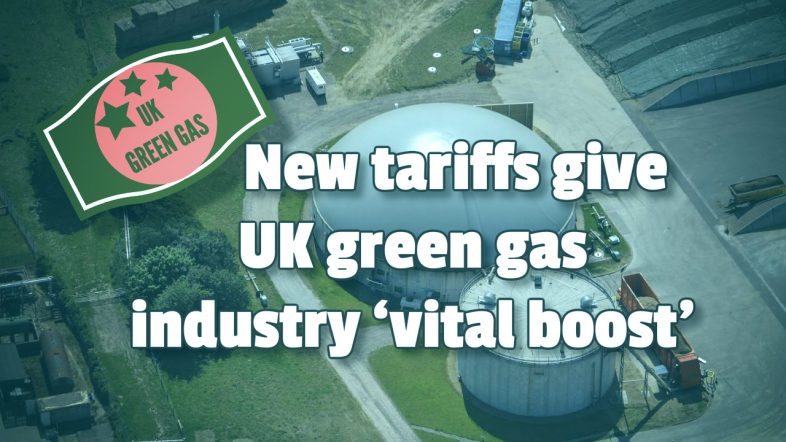 New UK tariffs implemented will encourage the UK's green gas industry (Anaerobic Digestion and Biogas Industry), giving them a ‘vital boost’. That's the view of the Anaerobic Digestion & Bioresources Association (ADBA), and we are certainly not going to argue with that! 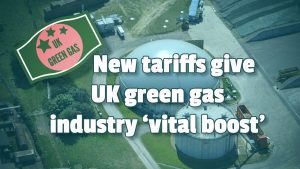 The move by the UK government will provide for the following;

The UK’s green gas industry has described the restoring of higher tariff levels for the Renewable Heat Incentive (RHI) as a ‘vital boost’ to the UK’s ability to produce renewable green gas for heating homes and businesses through anaerobic digestion (AD).

Following the passing of the relevant legilslation through Parliament, from 22nd May AD plant operators will be able to claim a restored tariff of 5.6p per kWh of renewable heat generated for their Tier 1 biomethane (the first 40,000 MWh they inject into the grid per year), and once their plant is commissioned they will receive a guaranteed tariff level for twenty years.

AD plants generate biomethane, or ‘green gas’, through breaking down organic wastes such as sewage, food waste, and agricultural waste and purpose-grown energy crops, which are often grown as part of an agricultural rotation. Green gas can then be burned to generate renewable heat.

Deployment of new green gas plants in the UK has been falling in recent years in line with decreases in RHI tariff levels. The green gas industry is now forecasting that as many as 40 plants may be built over the next two years as a result of the restored tariff levels, generating up to an additional 2 TWh of renewable heat per year.

The green gas industry is currently contributing over 4 TWh of gas per year, but with the right support has the potential to meet around 15% of total UK gas consumption and heat 30% of UK households. The restored RHI tariff, however, will only support new renewable heat projects until 2021, with no further support promised from government beyond the current RHI budget allocation.

Biogas produced through AD can also be used to produce renewable electricity, clean transport fuel, and nutrient-rich biofertiliser that can be applied directly to land to restore soils.

“Green gas produced through AD not only produces much lower levels of emissions than natural gas but is also home-grown, allowing the UK to increase its energy security and be less reliant on energy imports from abroad. AD is already reducing gas imports by 2% and has the potential to reduce them by as much as 16%.

“The restored RHI tariffs will give a vital boost to the AD industry’s ability to produce green gas over the next few years, but with emissions from heat accounting for a third of all UK greenhouse gas emissions and no clear government strategy yet identified for decarbonising heat, it’s imperative that the government commits to long-term support for green gas beyond 2020 while the industry works to bring down costs to become financially self-sufficient.”

“We are pleased that the updated RHI has finally seen the light of day. In these turbulent times there was always the risk that the government simply wouldn’t find the time – or indeed wouldn’t be around! Hopefully this modest reboot can help the industry continue its impressive trajectory. That way we can demonstrate AD is needed to counter issues around decarbonising heat and transport, address security of supply issues (amply demonstrated during the cold snap) and recycle organic wastes to make energy and fertilise crops.”

“BioG UK welcomes the new RHI, which allows a continued push to develop AD plants across the UK. With the aim of clear rules and management of the Tariff Guarantee process, this should give the AD market the boost it needs over the next couple of years.”

The impact of the new tariffs on the green gas industry will be a key topic of discussion at UK AD & World Biogas Expo 2018 at the NEC in Birmingham on the 11th-12th July. The expo is jointly organised by ADBA and the World Biogas Association, and is the largest dedicated global biogas trade-show in the world.

Watch our video (below)! Yes, it's a voice-over presentation of the contents of this page so far! (Don't forget to come back here afterwards):

These new tariffs have been delayed by over a year, and have been held up due to the UK government's inability to resolve the sort of Brexit they want after the UK leaves the EU.

As a result of the delay the UK biogas industry has seen no more than 5 new AD plant starts in almost the first six months of this year. That is a very disappointing level of activity for the UK biogas industry, which has the capacity to build 30 or more annually. The problem has been that investors had been holding back, due to not knowing the exact terms of the tariff. After-all it would not be a good decision to build an AD plant of a certain size or type, only to find that the terms of the tariff when brought in would not cover the size or type of AD plant being built…

Now that the small print on the terms of the restored green gas tariff/ incentive is known, it is hoped that construction of quite a few new biogas plants will commence within the next few months. Now this may make it look as if the UK biogas industry is dependent on subsidies to grow and prosper. At “the AD Blog” we don't believe that to be true. It is simply the uncertainty which has existed around the implementation of this re-instated incentive that has caused a slow down. 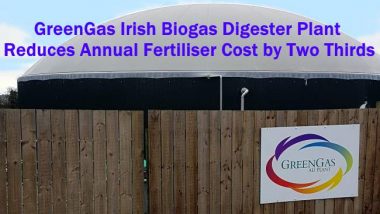