Like it or not, biogas and especially biomethane producers should always take a keen interest in Biofuel Market Prices. Here is a list of 3 reasons, from analysts Energy Census why playing a sales game with market analysts to help you, pays off.

The Press Release below was first published in January 2018 but remains relevant today:

That's because many foresee big gains in the prices they will in future be likely to get for biomethane sold with an associated RTFC certificate into the road transport fuel market.

RTFC Price Information within the anaerobic digestion and biogas industry is now available from markets expert Energy Census [RE]fuel, which already indicates that for much of 2017, producers could obtain something of the order of magnitude of double the payment per kg which is commonly obtained from selling it now into the heat market.

AD Plant Owners will increasingly sell their output as compressed biomethane (CNG) to the road transport fuel market and that means that they should from now on, be continually updating themselves on the current market prices for this commodity, which will vary according to the underlying price of methane.

To put this another way: the price paid for renewable CNG naturally fluctuates. To sell at the highest price AD companies producing biomethane should be keenly watching the price per litre and the current RTFO certificate value (the UK government's incentive available to biomethane producers) price.

When interpreting the [Re]fuel data the RTFC is the price, in pence, of one single certificate. As these certificates can be traded, demand can rise and fall at various times, so the price of the certificates fluctuates. 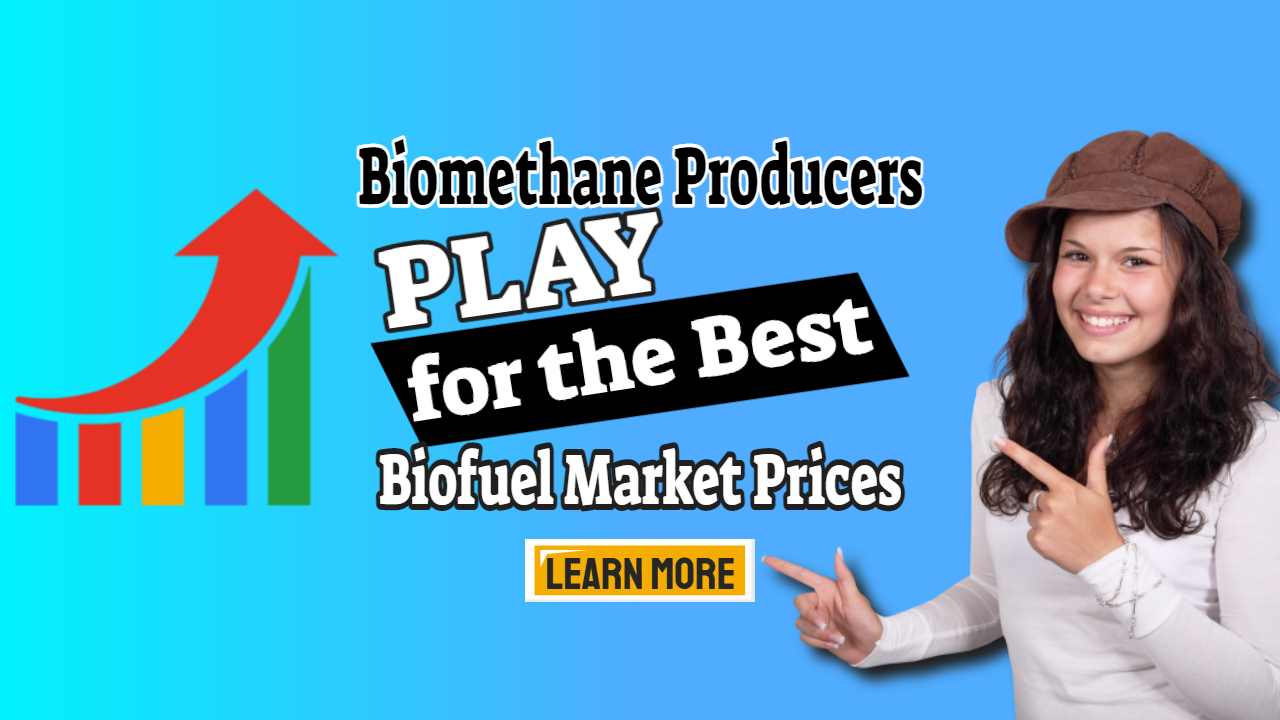 However, although the current prices appear favourable, the volatility of this market is likely to be greater than selling into more traditional markets for biomethane.

To date biomethane producers have rarely sought to sell into this market, possibly seeing the risk of losses from volatility versus the price premium, as being excessive. But, we suggest that all that is changing now due to the margins now available on prices in this market.

Our 3 underlying reasons why UK biomethane producers should watch bio-fuel market prices closely are as follows:

1. EU Regulations Currently Being Finalised Will Soon Drastically Reduce Crop Based Bio-fuel Use

Changes to the current EU Regulations for bio-fuel derived from food crops, such as maize, will soon mean a big reduction in crop bio-fuel availability, which is explained in the Energy Census reports.

The EU legislation won't be passed for a few more months, but when it is crop-based biofuel will be reduced to as low as 0% crop, or to 3.8% or 7% by 2030 depending on the outcome of the current negotiations. This is expected to raise bio-fuel market prices.

2. As Targets are Ramped Up the UK's Demand for Biomethane for Road Transport Use Will Grow Rapidly

The target is going to ramp up quickly, hitting 9.75% by 2020, placing significantly increased demand for biofuels. This is also likely to raise biofuel market prices. As petrol/ gasoline prices increase, alternative fuels appeal more to vehicle fleet managers and consumers.

Forthcoming blending restrictions will also increase the demand for biomethane, due to a limited ethanol in petrol blending. Waste bio-diesel availability and a crop cap could limit the supply options for diesel. Again raising demand and reacting positively on bio-fuel market prices.

All three of the above will raise the demand for ‘alternative’ fuels (or simply RTFCs), and the likelihood is that prices could therefore soon be significantly higher, and will most likely continue to raise bio-fuel market prices, on average over the next years.

We know that this is a hot topic for our readers as the questions we get asked most frequently are about the costs and financial viability of anaerobic digestion systems. Potential biogas-to-biomethane upgraders are seeking initial information in order to do their own rough-guide assessments of the income they might expect from a “biogas to biomethane” upgrade for their plants.

This information was previously only known to financial specialists in these markets, but is now available and frequently updated as a service to the AD and bioresources industry.
That's why when approached recently by Andrew Goodwin MD of new company start-up Energy Census [RE]fuel with a short term offer to download their free (for the next few issues) REfuel Report for all our readers, (which includes regularly updated Renewable Transport Fuel Certificate prices), we were excited to be able to publicise this new service. 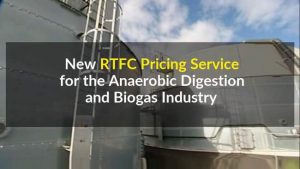 As Europe seeks to reduce its dependency on fossil fuels for energy demand, the imposition of policy and regulation around transport fuels is expected to proliferate over the coming years.

But it appears to all be going in the same direction.

That direction is towards a far greater dependence on biomethane for road transport use.

The benefits of gaining a slightly higher price from selling into the volatile transport bio-fuel market may not in the past have been seen as sufficient to encourage AD plant operators to risk selling into this market..

However, the recent rises suggest that the rising prices for RTFC biomethane (i.e. 12pp certificate, having increased to above 20 pp certificate, if sustained) may in all likelihood be about to change that.

By subscribing to the Energy Census [RE]fuel reports, members shall be updated on how the potential for new restrictions and targets in our 3 reasons listed above will impact their ability to sell biomethane into this market. As a [RE]fuel report subscriber watch how the biofuel market is developing. Take a view on the amount of risk you see from volatility.

Who knows what may happen, but unless biomethane producers and potential biogas-plant-to biomethane-upgraders watch this market they may miss a great opportunity.

The sales price for biomethane (renewable CNG) produced from waste may be at a premium due to a raised demand as a result of forthcoming new crop biofuel quotas.

“Energy Census is delighted to be able to offer a RTFC pricing service to help minimise financial risk for the anaerobic digestion and bio-resources industry at this time of growing production. We look forward to serving the industry as it grows to become a highly significant player, providing much needed renewable fuel into the renewable transport market. This market growth is one which with others will help the global community achieve the decarbonisation (CO2 emissions reductions) essential to attaining the UK's climate change targets.”

Energy Census is a Price Reporting Agency (PRA), publishing price assessments and trade intelligence for the UK and global energy and agriculture markets.

Visit EnergyCensus.com and register for your free reports now and understand how to get the best biofuel market prices!

All views expressed herein regarding market conditions and future trends while based upon an informed interpretation of existing information are likely to be subject to change and may go up or down. It is the reader's responsibility to make their own informed decisions and no liability is accepted for any loss incurred from the content herein, or content referred to or linked to herein.

The statistics highlight the factors that influence the demand for agricultural feedstocks for biofuels production; for instance, numerous tables emphasize the relationship between energy and commodity markets. Analysts now track biomethane prices in the same way as they have for many years been tracking U.S. and EU ethanol and biodiesel production, consumption, and trade.

They also monitor and analyze bioenergy policy, the biofuel producers, and the events that affect the domestic and international biofuel and feedstock markets. Biodiesel and feedstock prices tend to be highly correlated. The analysts' biofuel prices have become standard European industry benchmarks.

While biodiesel production is up, it's being squeezed amid shortfalls of the oils, fats and greases needed to make it. Many feedstocks are used to produce biodiesel. Biodiesel production should not be confused with renewable diesel production, which is growing rapidly. Continued policy support over the forecast period is anticipated, and tight supplies are also adding to the higher prices.

Either a large number of biodiesel plants will have to be shut down, which runs counter to expected needs for biodiesel to fulfil the RFS mandates, or the price of biodiesel will have to increase to catch up with soybean oil prices. Ethanol, made mostly from corn starch from kernels, is by far the most significant biofuel in the United States, accounting for 94% of all biofuel production in 2012.

The large losses of biodiesel producers in the latter part of 2020 can be traced to surging feedstock prices that outpaced the gains in biodiesel prices. China's Annual Energy Plan indicates that policy adjustments will be made to improve ethanol deployment prospects through steady expansion of production capacity and the promotion of ethanol-gasoline blending is also a driving force. In Europe, renewable diesel is influenced by production at the Rotterdam renewable diesel refinery. 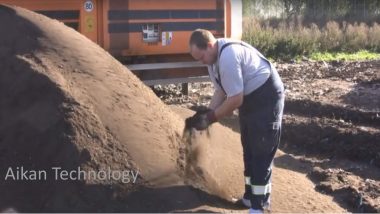 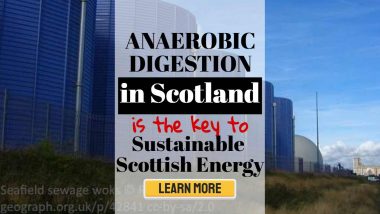