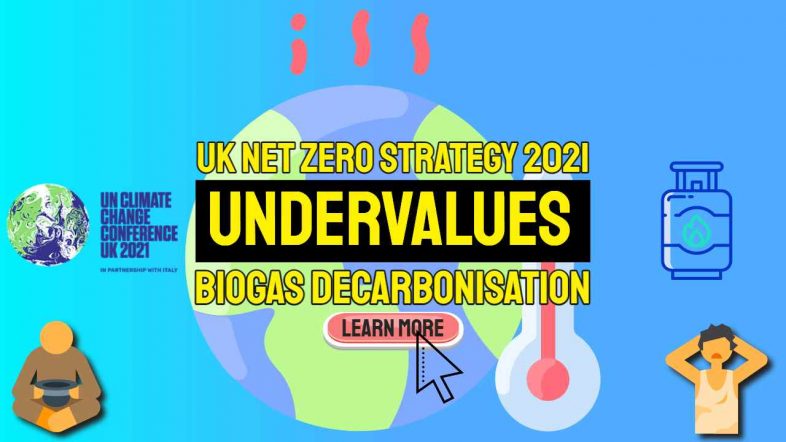 The UK government has published their UK Net Zero Strategy (2021) but it sadly underestimates the extent of the decarbonisation that full development of the UK biogas industry can provide. That's the view of the UK's anaerobic digestion industry association.

So, let us give you the bigger picture before you read the press release provided below:

That's surely quite an achievement for a technology most people don't know exists! Why wouldn't any government not give it the very fullest support in these days of dire climate change need?

“The value of biogas in the decarbonisation mix is underestimated”, says ADBA, the UK anaerobic digestion trade association, in response to the  Government's UK Net Zero Strategy


The UK Anaerobic Digestion and Bioresources Association (ADBA) welcomes the UK Net Zero Strategy: Build Back Greener published last week by the UK Government, in which it acknowledges the role that AD, biogas and biomethane can play in achieving the country's targets.

However, the trade association believes that the approach significantly underestimates the role that biogas and biomethane can play in decarbonizing critical sectors of the UK economy, namely transportation, heating, agriculture, and waste management. While government policy seeks to triple biomethane in the gas grid by 2030, ADBA's modelling predicts that the sector might produce significantly more, ten-folding biomethane output – enough to heat over 4.5 million households each year. 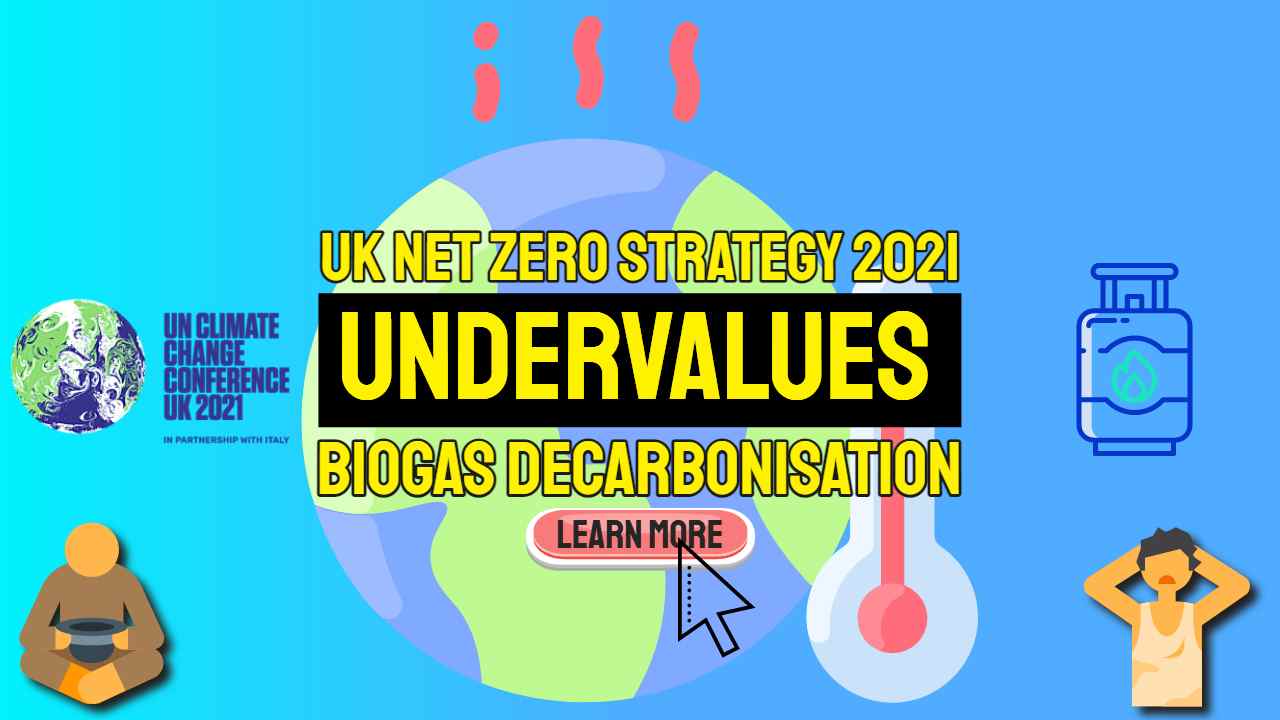 Charlotte Morton, ADBA Chief Executive, says: “We were encouraged to see the recognition given to anaerobic digestion (AD), biogas and biomethane in contributing towards meeting the UK's Net Zero target. It shows that our work in highlighting the sector's potential to decarbonise the UK's most carbon-intensive sectors of heat, transport, agriculture, and waste management is bearing fruit. However, the strategy falls far short of the ambition needed for realising that potential. Our research demonstrates that our industry can deliver significantly more, and – crucially – far more quickly than is predicted in the plan.

The UK is among the first signatories of the EU-US-led Global Methane Pledge, which aims to cut methane emissions by at least 30% against 2020 levels by 2030. The Global Methane Assessment published by the Climate and Clean Air Coalition (CCAC) earlier this year indicates that tackling methane emissions caused by human activity is the most ‘immediate and cost-effective way to keep global warming below 2°C. Unsurprisingly, the CCAC’s report recognised AD as one of the readily available technologies that can deliver methane emissions’ reduction at a low cost. As we have said multiple times, there's no Net Zero without biogas.” 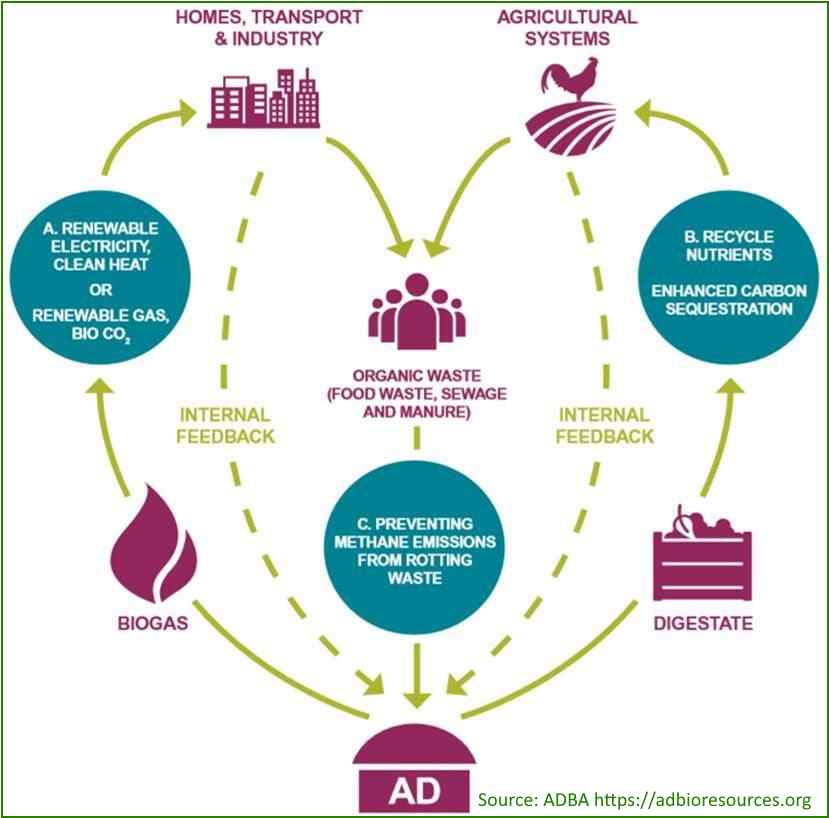 An assessment by the climate change committee (CCC) determined that the UK goal to achieve net-zero emissions by 2050 is an attainable, affordable plan that would provide employment, investment, and broader benefits to the UK.

This is a policy which it is hoped will build on the much-praised “Build Back Greener” strategy to keep the UK on pace for UK carbon budgets, with its 2030 nationally decided contribution, and attain net-zero by 2050.

The UK government issued its climate change policy, “Net-zero Strategy: Build Back Greener,” on October 19, 2021, outlining measures to help the UK economy's transition to a greener and more sustainable future.

The government also unveiled a heat and buildings plan, which outlines the UK's core net-zero research and innovation priorities for the next five to ten years. The strategy includes action on insulating buildings and heat.

The net-zero strategy's calculations reflect the most recent estimates of peatland emissions, which were subject to a substantial modification earlier this year. As a result, the UK's greenhouse gas emissions are approximately 16mtCO2e more than originally estimated.

The UK government's new net-zero policy lays out for the first time how it plans to halve UK emissions in a little more than a decade and eradicate them by 2050. Overall, the aspirations of the strategy are consistent with the UK's emissions targets of net zero by 2050 and a 78% decrease from 1990 to 2035. (63% relative to 2019). 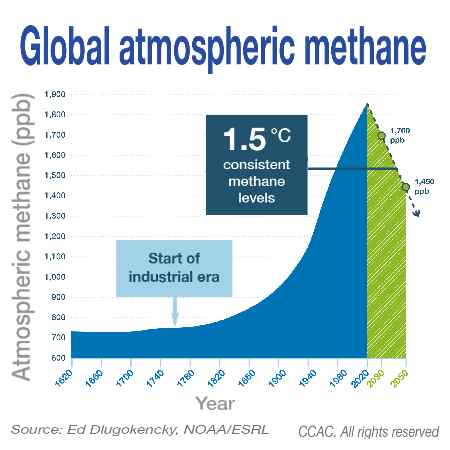 The UK's Net Zero Strategy outlines how the United Kingdom will meet its promise to achieve net-zero emissions by 2050.

On 19 October 2021, the UK government released its groundbreaking Net Zero Strategy outlining how the UK would secure a further 440,000 jobs of well-paid employment and unlock £90 billion in investment by 2030 on its way to eliminating its contribution to climate change by 2050.

The promises made will generate up to £90 billion in private investment by 2030, resulting in 440,000 well-paid employment in green industries.

This will bring confidence to companies, allowing the UK to achieve a competitive advantage in the newest low-carbon technology – from heat pumps to electric cars – and in establishing strong green sectors in our industrial heartlands – from carbon capture to hydrogen, with fresh financing.

What's In The UK's Net-zero Strategy?

The UK government issued its ‘net-zero strategy' (NZS) on October 19, along with a number of other critical strategy documents (nearly 2,000 pages in all), which will assist the UK to meet its interim five-year carbon objectives building up to net-zero by 2050.

Annual progress updates against a set of important metrics should be published. Reaction:. Overall, the net-zero approach has been praised for offering a clear answer to the magnitude of the climate change issue, as well as the transformation of the UK economy that decarbonization would need over the next 30 years.

The UK government's net-zero policy says that its plans are based on the notion of ‘leaving the environment in a better shape for:

On closer investigation, however, none of this is accurate. In actuality, the UK net-zero approach falls short of implementing a number of essential near-term initiatives proposed by the government's experts, the climate change committee.

What does the net-zero strategy say?

Sustaining carbon reductions fairly rigid government leadership, backed up by a solid net-zero policy, which the UK has recently released. According to the strategy, the UK will get there.

Hosting COP26 in 2021, in conjunction with the newly released net-zero plan, gives the UK with a fresh chance for global influence, this time as a leader in developing the markets and policy changes required to achieve net-zero.

With only a few days until the COP26 summit in Glasgow, Prime Minister Boris Johnson has unveiled the UK government's new “net-zero” plan, which builds on earlier policy documents.

The strategy statement describes the country's plans to reach net-zero emissions by 2050.

What about the Treasury net-zero review?

The strategy was released alongside the HM Treasury's net-zero assessment, which examines the major difficulties and trade-offs as the UK decarbonizes, as well as economic developments over the next thirty years.

What does the net-zero strategy say about each sector?

The net-zero strategy recognises the skills reform needed across all sectors. There will be a need to make some fairly substantial changes to curricula in further education and higher education.

How will the UK reach net-zero?

First and foremost, the United Kingdom must become more energy efficient. To make dwellings more energy-efficient and less draughty, a significant change is necessary. We will most likely have to drive less, with some estimating a 5% reduction in kilometres travelled.

The second step is to clean up the energy supply. That appears to be doable. Renewable energy has been growing “better and better and cheaper and cheaper” all the time, and it is critical that this trend continues.

The CCC predicts a 20% reduction in meat and dairy consumption over the next 15 years. Stark anticipates a more drastic move to lab-made protein — synthetic meat: Avoiding meat production via the use of vegetable-based substitutes might be a game-changer. It would liberate some of the challenging land use and agriculture situations that UK policymakers are concerned about.

The Hydrogen Strategy includes intentions to invest £4 billion in blue and green H2 generation, storage, and consumption this decade, while the Transport Decarbonisation Plan defines how all forms of domestic transportation would match with the national net-zero aim.

By 2050, all modes of UK transportation (road, rail, sea, and air) will be carbon-free.

Its Transport Decarbonisation Plan commits to ending the sale of new diesel and petrol heavy goods vehicles by 2040, five years after polluting cars and vans were phased out. Rail will be net-zero by 2050, with domestic aviation's damaging emissions stopping in 2040.

The plan's overarching strategic targets include accelerating the modal transition to public and active transportation – making them the “natural first option” for everyday travels – as well as decarbonizing road transport and logistics and focusing on “place-based solutions” to emissions reduction.

The paper released today follows the Government's vow to spend £2 billion on active transport last year, as well as measures to overhaul buses and trains early this year.

However, other than turning our cars electric and “gliding softly through our cities,” the strategy provides little growth and depth for the transportation industry that hasn't previously been articulated in the Transport Decarbonisation Plan. And in other recent pronouncements and policy documents.

Furthermore, while this approach is ambitious on a national level, it is significantly reliant on international commitment and collaboration.

The heat and buildings plan and the UK net-zero strategy, both published this week, mention the potential growth of heat networks and heat pump systems as a method to addressing overheating concerns in buildings.

Despite the fact that the heat and buildings plan is almost entirely focused on how low-carbon heat can be delivered across the UK building stock, it notes that the government is “conscious of the existing and possible future demand for cooling.”

The United Kingdom's UK net zero strategy will be presented to the United Nations Framework Convention on Climate Change (UNFCCC) as the country's second long-term low-carbon development strategy under the Paris Agreement.

But the UK, in common with most nations, will need to go beyond words and incremental investment in all sectors.

The net-zero plan provides some clarity on how and where the UK will capitalise on the economic benefits of the low-carbon transition, as well as how sectors and areas reliant on fossil fuel industries will be able to adapt and flourish in a net-zero environment.

Carbon specialists are working in a variety of industries to establish credible net-zero plans, and some may be able to assist you and your board in developing a strategy that will stand the test of time and position your company as a real market leader. 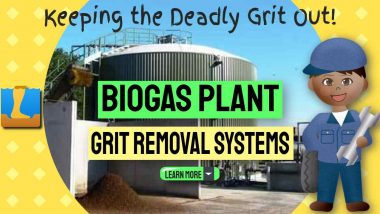 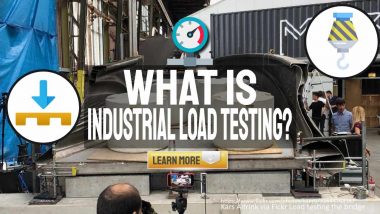 What is Industrial Load Testing?- What it Means to Biogas Plant Operators