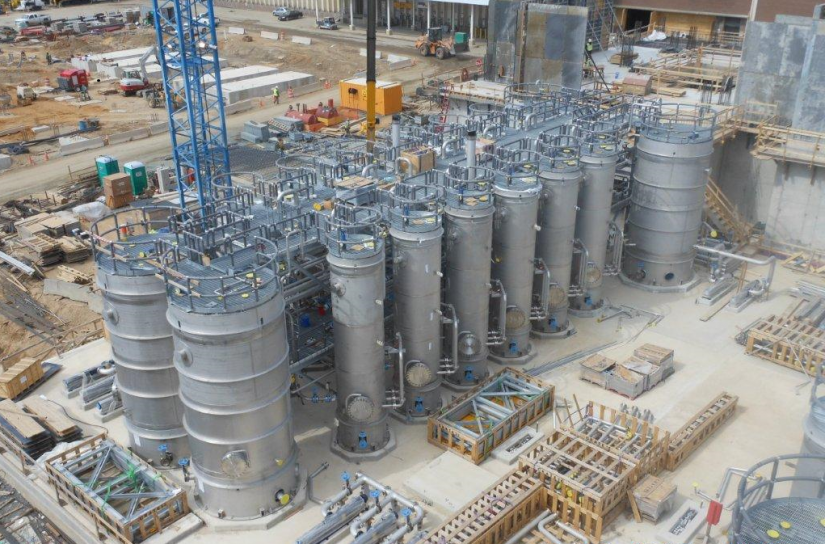 How does anaerobic digestion work?

Anaerobic digestion is a process that breaks up toxins in the environment such as food waste from animal faeces or wastewater. Anaerobic digestion for biogas production occurs in closed vessels known as reactors, which are designed and constructed in different forms depending on site condition and food feedstock (learn about AD systems engineering and technology).

These reactors are characterized by the action of complex microorganisms that disintegrate waste into a digestion product – biogas – which are discharged from the surface of digester tanks.

Anaerobic digestion is a process through which microorganisms break down biodestructable materials when oxygen is unavailable. It uses a natural industrial process for the production of materials.

Anaerobic digestion occurs naturally in many soils and sediments in lakes or marine basins. The methane emitted from marshes has been identified by Alessandro Volta since 1776.

Organic residues and waste from the municipal collection of organic waste, green waste, animal husbandry and breeding, as well as agriculture and arable farming, are all used in the anaerobic digestion process.

Furthermore, feed materials from the food industry and gastronomy are converted into clean, renewable energy, valuable organic fertiliser, and compost for healthy soils.

This process accomplishes all of this while adhering to the principles of a sustainable cycle. It's an untapped resource that exists in abundance all over the world.

What Happens in an AD Plant?

In an anaerobic digestion plant, normally occurring micro-organisms digest the biomass, which results in an output of a methane-rich gas (biogas) that can be made use of to generate sustainable heat and power. This tends to reduce fossil fuel usage. It also lowers greenhouse gas emissions. What is left over after the process is complete is a material (digestate) rich in nutrients, so it can be used as a natural fertiliser which is also renewable.

What are AD Plants Fed With?

Several kinds of feedstock are appropriate for use in anaerobic digestion plants. These include food waste, slurry as well as manure, in addition to plants and plant residues. Nevertheless, woody biomass can not be utilised in these plants since the micro-organisms can't break down the lignin. It is the lignin that gives wood its woodiness and makes wood hang around a long while because it is hard to digest. 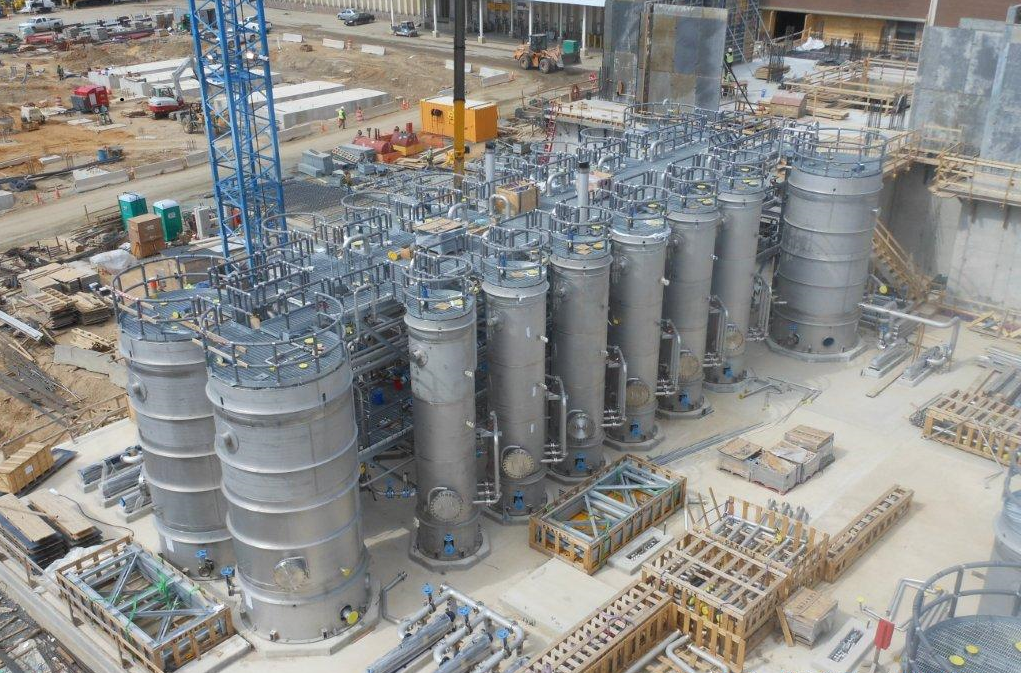 Naturally occurring micro-organisms digest the biomass, which releases a methane-rich gas (biogas) that can be used to generate renewable heat and power; this helps cut fossil fuel use and reduce greenhouse gas emissions. The remaining material (digestate) is rich in nutrients, so it can be used as a fertiliser.

The average commercial AD plant ranges in throughput tonnages, from 5,000 to 30,000 tonnes annually of organic feedstock.

The most common form of CSTR AD plant comprises:

The Agri-Food and Biosciences Institute (UK) has a good page about Anaerobic digestion plants in agriculture, and we quote their statement: 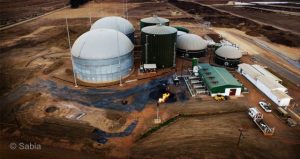 The most appropriate way… to realise this energy potential is through centralised anaerobic digestion (CAD) schemes (Frost, 2005). In addition to energy production, there is considerable potential for CAD to assist in centrally managing the distribution of plant nutrients in manures, together with minimising bio-security risks (pathogen kill) .. . Whilst CAD has potentially a major role… and offers the most appropriate and immediate way forward, there is also significant potential for on-farm AD.

Still, on the same page, they describe the increasingly popular idea of the centralised Anaerobic Digester:

The main feedstocks for typical agriculturally based centralised AD (CAD) plants are farm products (livestock manures and crops), as well as other organic material from, for example, food processing.

Co-digestion can provide an additional source of income through gate fees while also increasing biogas yield per unit of feedstock input.

A number of farms within a 10-kilometer radius of the plant may be involved in CAD schemes. All agriculturally based CAD schemes return digestate to agricultural land, typically the supplying farms'.

Plant nutrients abound in raw slurry and digestate (nitrogen, phosphorus and potassium). Digestate must be applied to agricultural land in accordance with crop nutrient needs. When determining the feasibility of any AD scheme, nutrient management is a major factor to consider.

CAD schemes have a great deal of potential for assisting in the management and re-distribution of plant nutrients in slurry. It is critical to ensure biosecurity when redistributing digestate to farms. All CAD schemes should include material sterilisation prior to redistribution.

So there you have it, and this page is hopefully all you needed in order to understand what an Anaerobic Digestion Plant is.

Plants can be generally be categorised as:

Each is, after that, categorised by the end-use of the biogas:

How much energy could anaerobic digestion generate in the UK?

AD could generate 10-20 TWh of heat and power per year by 2020. To put this in context, the United Kingdom's largest power station Drax sold 27.1 TWh of electricity in 2012. To put it another way, AD could represent 3.8-7.5% of the renewable energy we estimate will be required in 2020. via biogasinfo

What are the Disbenefits of AD?

AD plants are 24-hour operations and because of this, they need to be fed on a regular basis. Pumps and other machinery also require to be maintained to guarantee production is not disrupted.

There can be noise made by these plants especially of vehicles reversing. They can also be dirty, as well as there could possibly be leakages.

The potential for smells also exists and also environmental contamination from accidental emissions of digestate fluids.

Nonetheless, these issues are all easily avoided if managed to comply with ecological regulations, so will not occur, or if they do the plant operator will be prosecuted.

The fluid component of the digestate consists of nitrates and various other chemicals which should not be released to water but which can in most locations safely be spread out on the land or refined to make a more “in-demand fuel”.

Stages of the AD Process

Acidogenesis: the most important acidogenetic fermentations, with acetate as the main end product. Along with carbon dioxide and hydrogen, volatile fatty acids are produced.

Acetogenesis: is the process by which volatile acids are broken down into acetate and hydrogen.

Methanogenesis: The process by which acetate, hydrogen, and other substances are converted to methane and carbon dioxide.

Anaerobic digestion plants can be designed and engineered to operate using a number of different configurations. These can be categorized into:

Continuous processes require a more complex design, but still, it may be more economical than batch processes. That's because a batch process requires more initial building money and a larger volume of the digesters (spread across several batches) to handle the same amount of waste as a continuous process digester. via Wikipedia 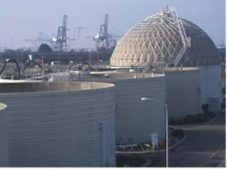 In total the world is home to almost 20,000 AD systems. The total project number is growing by more than 4,000 per annum.