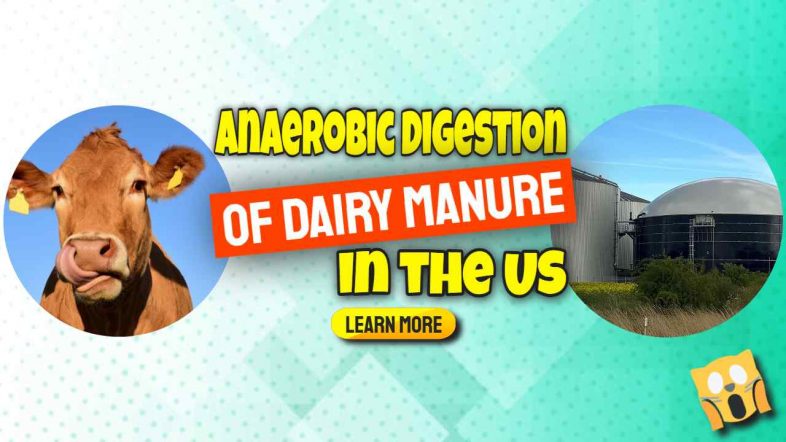 Anaerobic Digestion of Dairy Manure in the US

The anaerobic digestion of dairy manure in the US is on a rising growth curve.

Increased demand to lessen the environmental impact of fossil fuels has sparked significant interest in renewable fuels like biogas.

Indeed, several US policy recommendations and rules in the areas of energy, the environment, and agriculture have been developed in the recent decade to encourage the use of animal excrement as a raw material for biogas generation.

The first was the “Biogas Opportunities Roadmap ”, as part of the Obama administration’s “Climate Action Plan – Strategy to reduce methane emissions”.

In practice, this entails collecting cow poo and barn manure slurries and fermenting them in a sealed tank. Methane is trapped and used as a source of energy during fermentation.

Benefits of the Anaerobic Digestion of Dairy Manure

Biogas energy generation on US dairy farms can be a good option for:

Environmental Advantages of the Anaerobic Digestion of Dairy Manure

In terms of environmental advantages, the initiative reduced GHG emissions in two ways:

Problems with Dairy Manure in Modern US Dairy Farming Practice

Dairy manure is a major waste in the dairy industry, and it can be difficult to handle, store, and dispose of.

Dairy manure creates smell, ammonia, and greenhouse gases that contribute to global warming when it is not properly managed.

A 1,000-pound dairy cow produces 80 pounds of dung every day on average. Before being sprayed to fields, this manure is frequently held in holding tanks.

Manure not only produces methane as it decomposes, but it may also contribute to nutrient overload in streams.

Only 3% of livestock waste is currently recycled using US anaerobic digesters, despite the fact that animal manure management contributed around 10% of all methane emissions in the United States in 2015.

Cost Disadvantage of the Anaerobic Digestion of Dairy Manure

Dairy manure AD has a poor biogas yield per unit mass, which raises the cost per unit volume.

There is currently a rapid rise occurring in US Dairy Farm AD systems installed which are producing Purified Biogas (Biomethane) to be injected into US Gas Grids as Renewable Natural Gas (RNG). In the past, the default energy output was into the electricity grid. That has changed rapidly.

There are now 52 manure-based AD systems producing RNG in the United States as of March 2021 (including pipeline injection and compressed natural gas (CNG) projects), with 44 RNG projects under construction (Source: EPA AgStar livestock anaerobic digester database.). A map of all landfill and anaerobic digester-based RNG projects in the United States can be found on the EPA's RNG website.

Digestate Effluent in US Dairy Manure to Energy Conversion

The digester effluent (digestate) is directed into a covered manure pit through an overflow pipe.

While, in the reactor, the processed manure's organic content is reduced and stabilised. This results in a practically odourless, homogenised liquid that repels rats and flies.

But, only a small portion of the manure is transformed into biogas.

Dairy cow dung contains roughly 85% water and 15% solids. About 91% of these materials are volatile.

For example, the Penn State Digester turns 20 to 30% of the volatile solids into biogas.

“They’re the kind of guys that make changes in American agriculture”.

Buzz and Jock Gibson, brothers and third-generation farmers own the company. Tank, a managing partner who has spent his entire career in agriculture and food production, explains, “We design, build, own, and operate.”

2. A Diary Farm North of Seattle

A dairy farm 90 miles north of Seattle, Washington, owns and operates a biogas facility with a Daritech high-yield anaerobic digester.

The 2g Agenitor 212, is a thermodynamically optimised 400 kW biogas engine with man core, is used with the combined heat and power plant (CHP), along with the unique 2g drives technology.

The tech was developed specifically for high-efficiency CHP operations. The 2g gas treatment system is used to treat the biogas.

Clearing manure from dairy farms and converting it into renewable natural gas (RNG), which is in high demand for transportation. The project was just established in Yakima County by Brightmark Energy, a San Francisco-based waste and energy development company.

The aptly called Augean Biogas Project in the United States of America is cleaning trash from dairy farms and converting it into transportation fuel – renewable natural gas (RNG). The project was just established in Yakima County by Brightmark Energy, a San Francisco-based waste and energy development company.

The remainder of this post which follows contains the original article as first published in October 2013:

Young people are probably the best equipped to pick up the skills needed to take the plunge and invest in anaerobic digestion technology. On any farm, to be straight out of college is not essential. But being young and enthusiastic clearly helps, as in our first 2015 news item, which follows:

Armed with a master’s degree in animal science, Vanderkooi opened the 80-acre farm near Abbotsford, British Columbia, in June of 2010. He has since established himself as a pioneer among small-scale, sustainable farm owners.

An anaerobic digester is one of the key technologies that Vanderkooi uses in his quest to reduce his farm’s ecological footprint. This machine turns the methane gas released from cow manure into electricity.

About 65% of cow manure is composed of methane, making it an abundant energy resource.

Over the course of a year, Bakerview EcoDairy is able to offset a third of the energy needed to operate the farm, thanks to the digester and a small herd of 50 cows.

Via source: “Harnessing The Hidden Power of Cow Manure” | QUEST.

The anaerobic digestion of dairy manure was in the news again when we are told that “manure makes heat”, but not initially by anaerobic digestion. Here is a novel idea for gaining heat from a composting pile, and we cite the following in order to explain:

The pile consists of layers of cow manure and hay embedded with temperature probes, Crockenberg said. It is also negatively aerated, meaning that it draws in air through the pile into the greenhouse, he said. 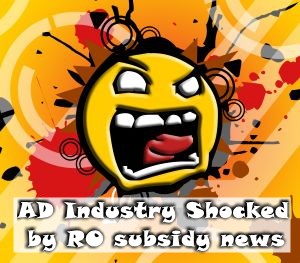 The goal of the pile is to provide CO2 and heat to tomatoes growing inside the greenhouse. This would mean that no fossil fuels would be needed to heat the house in the winter.But the energy has to come from somewhere. That is where the manure comes in.

By providing the organic material for the microbes to feast on, the cow manure is the source of heat and nutrients for the plants.

“The pile takes in manure and other organic wastes as an energy source,” Cooke said. “It kills two birds with one stone. The farmers can dispose of manure and heat the greenhouse.”

Later, however, we are told that this is only part of the project which will include:

Clearly, there is plenty of news about projects involving the anaerobic digestion of dairy manure currently in the US. More snippets are:

A 10-year effort has come to fruition for a local business. On Monday, A1 Organics in Eaton — the region’s largest commercial composting and organic recycling company — announced it had entered an agreement, worth tens of millions of dollars, with a renewable energy business to develop what could be the largest anaerobic digester project in the U.S. The anaerobic digestion system will convert organic feedstock, or substrate, and dairy cow manure into raw biogas. That raw biogas will be processed into pipeline-quality renewable natural gas, and then be supplied to a municipality.

Dane County’s first manure digester, which began operation in 2011, is located in rural Dane at 6321 Cuba Valley Road — that’s in the town of Vienna just north of Waunakee.

It serves three farms and is estimated to produce about 16 million kilowatt hours of electricity annually, enough to power approximately 2,500 homes.

A second digester, which is scheduled to be completed later this year, is located just west of the corner of Church Road and Schneider Road in the town of Springfield, west of Middleton. It also serves three farms and is expected to produce the same amount of electricity.

County Executive Joe Parisi’s 2014 budget includes a couple of additional items for the Springfield digester. It will include a system that removes 100 percent of the phosphorus, which is responsible for causing algae growth in the Yahara chain of lakes.

It also will include a drop-off facility for other farmers to bring loads of manure as an alternative to spreading during poor runoff conditions. 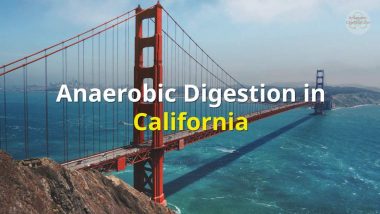 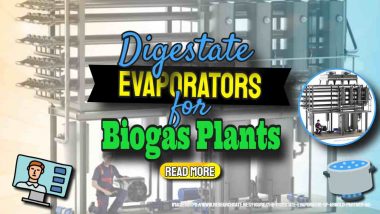