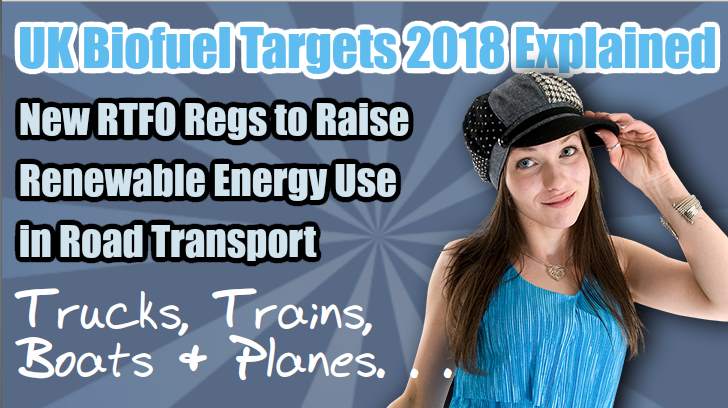 It will require the larger fuel companies to nearly triple the amount of renewable fuel they supply by 2032.

This includes for the first time, a new incentive for the production of fuels from waste, and bringing in new transportation sectors, such as aviation.

What do the New UK Biofuel Targets for Road Transport Fuel have to do with Anaerobic Digestion?

The government is aiming to:

Changes to the Renewable Transport Fuel Obligation (RTFO) will compel distributors of transport fuel that supply at least 450,000 litres a year to sell more renewable fuel, and much of this can be biomethane as Renewable Compressed Natural Gas (RNG), from biogas plants.

The anaerobic digestion industry is the prime source to which this fuel can be made because the amount of transport fuel to be produced as biodiesel from food type crops under the new RTFO Scheme is being reduced.

In addition the UK’s Department of Transport (DfT) said it wants the transport sector to cut greenhouse gas emissions 6% by 2020. While many will do this by the further improved fuel efficiency of new transport vehicle engines, Anaerobic Digestion is also well-placed to satisfy this requirement.

The regulations also set an additional target for advanced waste-based renewable fuels that starts at 0.1 percent in 2019 and increases to 2.8 percent by 2032. Again, most AD plants produce “Waste based” biogas already.

In the United Kingdom, British biofuel targets that took effect over the weekend “will double the use of renewable fuels in the UK transport sector in 15 years and reduce reliance on imported diesel,” the government told Reuters. The new targets demand transport fuel suppliers that sell at least 450,000 liters a year or more to require the mix to be at least 12.4% biofuel by 2032. The changes will “increase the biofuels volume target to 9.75 percent in 2020 and 12.4 percent in 3032 from the current 4.75 percent,” according to Reuters.

“The changes we are introducing will double our carbon emissions savings from the RTFO scheme by doubling the use of renewable fuels and reducing reliance on imported fossil diesel,” British transport minister Jesse Norman told Reuters. “This will deliver emissions savings equal to taking hundreds of thousands of cars off the road.” via New targets in UK

British biofuel targets coming into force this weekend will double the use of renewable fuels in the UK transport sector in 15 years and reduce reliance on imported diesel, the government said on Friday.

The industry supplies fuel to transport companies such as haulage businesses and airlines. And. tThe changes will also reward and support the production of sustainable renewable aviation fuels in Britain. via BritainsNewTargetstoreducediesel

In addition, the regulations bring renewable aviation fuels and renewable fuels of non-biological origin into the scheme.

The U.K. government is also challenging the sector to reduce greenhouse gas (GHG) emission by 6 percent by 2020. That reduction, when coupled with the RTFO changes, is expected to support the U.K.’s low carbon fuel industry while helping to makes its transport sector more sustainable.

“This is an exciting time for renewable transport,” said Nina Skorupska, chief executive of the REA. “These new regulations will fire the starting gun on the U.K.’s development of novel fuels for aviation and other forms of transport which are hard to decarbonize, and build on our leadership position in the production of renewable fuels for road transport.”

“Fleet operators such as Waitrose and Asda are already converting to renewable gas, their drivers love the new vehicles, and these regulations will encourage more fleets to do so in the future,” Baldwin added. via UK biofuel targetseffectiveApril 15

Changes to the UK’s Renewable Transport Fuel Obligation (RTFO) will ‘double’ the use of renewable fuels in the UK transport sector, according to a statement from the Department of Transport.

Included in the revised (RTFO) are new biofuel targets set to come into force on 15 April.

At present the target is 4.75% biofuel. The legislation will affect suppliers to transport companies such as haulage firms and airlines.

“The changes we are introducing will double our carbon emissions savings from the Renewable Fuels Transport Obligation scheme by doubling the use of renewable fuels and reducing reliance on imported fossil diesel,” said Jesse Norman, the UK’s transport minister.

“This will deliver emissions savings equal to taking hundreds of thousands of cars off the road.” via biofuels targetsRTFO

The UK's largest biofuel factory has reopened after a change in the law to increase the amount of biofuels in petrol passed through Parliament.

An increase in the proportion of biofuels included with road transport fuel in the UK is good news, despite concerns about potential increased fuel costs.

That's according to fuel card provider Fleetcor – the owner of brands including Allstar, Keyfuels, The Fuelcard Company and Epyx.

The increase in the amount of biofuel included with fossil fuels came into force on 15 April, when the government implemented a change to the UK Renewable Transport Fuel Obligations Order (RTFO).

This increased the required proportion of biofuel in every litre of petrol or diesel from 4.75 to 7.25%.

Paul Holland, Fleetcor's chief operating officer, said that the introduction of a 2.5% increase had caused some fears that costs could rise.

However, he said that environmental benefits should be seen as enough to outweigh this. 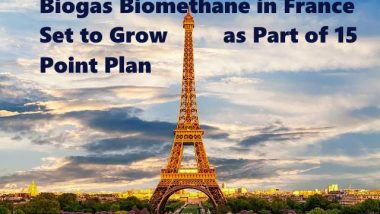