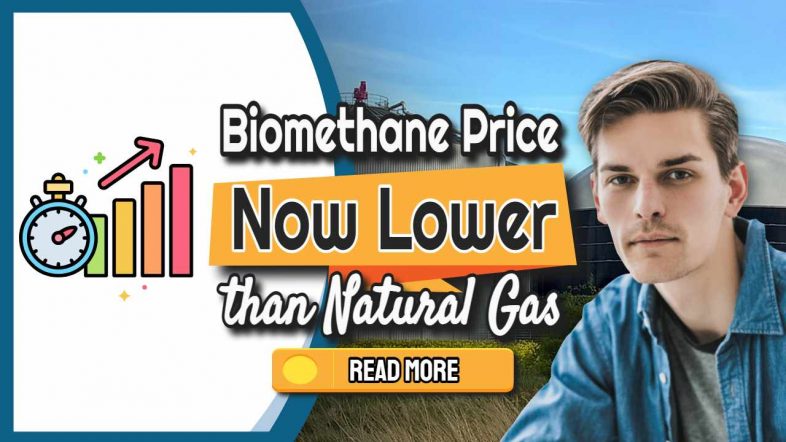 For the first time, the biomethane price is now lower than natural gas by as much as 30%. That's the news from the European Biogas Association (EBA).

In this article, we explain how renewable pure biogas methane known as rCNG (and RNG) has become substantially cheaper than Natural Gas (a fuel extracted from geological deposits) and why that situation is likely to continue for the foreseeable future.

Then we discuss how by developing biomethane sources, there is a way out of the EU (and the global) gas price crisis.

The price of natural gas today is €80/MWh, up from €18/MWh a year ago. According to current forecasts, prices for next winter will remain at a similarly high level. While governments struggle to reduce the impact of rising energy prices on citizens' energy bills, a solution is within reach.

That solution is increasing the production of sustainable biomethane.

CO2 price: As the carbon price has now hit €90/tonne, this represents an additional €18/MWh which is an additional cost for the large energy users who are forced to offset their energy use. For each tonne of CO2 released into the atmosphere by EU Emissions Trading System (EU ETS) participants (organisations that use a lot of fossil fuel such as power stations, heavy manufacturing industries, large factories, and certain sectors of transportation), they must pay this additional carbon tax/fee.
The Real Cost of Biomethane Production is Lower: The author thinks that the real cost of biomethane production is for most biomethane producers is much less than the EBA states and no more than half the €55/MWh they suggest. 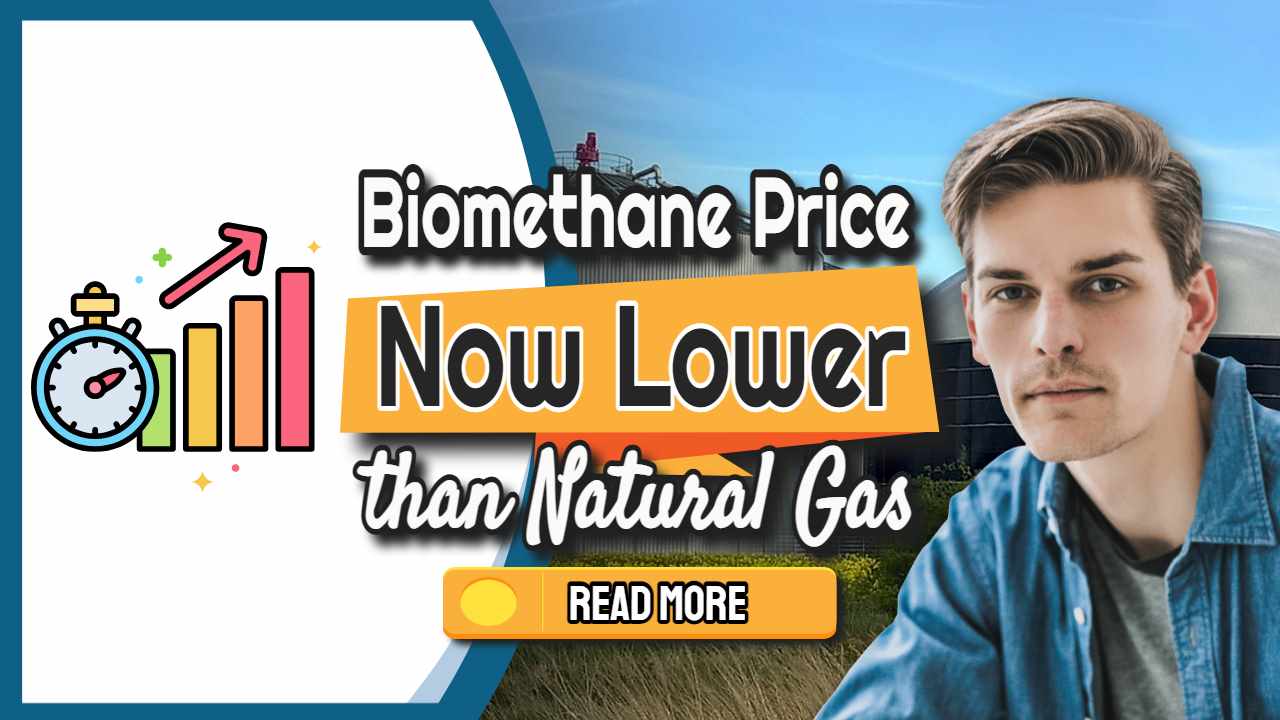 This renewable gas (biomethane) will most likely remain less expensive than natural gas in the short and long term. Unlike other renewable gases, such as green hydrogen, which takes time to scale up and is still 2-4 times more expensive, biomethane will be available and scalable within the next 8 years.

If supported by a supportive legislative framework, rapid biomethane scale-up across Europe could provide at least 34 billion cubic metres of renewable gas by 2030.

By 2030, this will account for approximately 10% of total EU gas demand. Many recent reports from various sources, including the European Commission, reflect this potential. According to the EBA, if current growth rates continue, the biomethane industry could meet 30-40% of EU gas demand by 2050.

The use of biomethane produced in Europe can help to stabilise the current gas price increase caused by disruptions in third-party gas supply. There is an urgent need to reduce reliance on external gas suppliers, as the EU currently produces less than 15% of its gas demand.

The current conflict between Russia, Europe's largest gas supplier, and Ukraine may exacerbate the energy crisis by causing a gas supply shortage. Soaring gas prices are directly affecting the energy bills of millions of EU households.

This situation is forcing national governments throughout Europe to invest billions of euros in consumer protection measures. The general fossil-fuel led price of energy will potentially fall over the coming months. However, despite this, the economic disruption caused by the energy transition will continue to present opportunities. The current high prices enjoyed by generators on the wholesale gas and electricity markets, while not strictly a result of the energy transition, are an example of this.

To attract more investments and realise the full potential of biomethane, clear political support is required.

Some nations are providing that support. For example, green gas subsidies are available in Germany with a target for an 80% renewable power supply by 2030.

The UK has its own Green Gas Scheme but the available funding is capped and the government expects that fewer than 100 projects will be funded in the duration of the scheme.

The entire biomethane value chain is ready to ramp up biomethane production in Europe. The European Biogas Association advocates for a new public-private partnership to generate 40 billion cubic metres of biomethane by 2030.

This would provide additional renewable gas supplies through the gas grid while also supporting the country's economic growth.

No Need to Wait for Improved Infrastructure

“There is a growing sense of urgency in securing investments and ensuring the deployment of biomethane facilities across Europe.”

Additional collaborations, such as the recently launched Sustainable Biomethane Initiative, demonstrate the current interest in the deployment of this renewable gas from industry users, producers, and other major companies in the value chain. Promoting the rapid adoption of biomethane renewable energy means contributing to climate change mitigation, reducing reliance on external gas supplies, and dealing with an unprecedented increase in natural gas prices.

Due to the half-life of methane being significantly shorter than that of carbon dioxide, cutting methane discharges to the environment as a side effect of the biogas industry will have an extraordinarily beneficial effect in reducing actual climate temperature rises before 2030.

No other measure can match reducing methane emissions for real appreciable short term gains in lower global temperatures within 10 years.

The importance of carbon emissions reduction is illustrated in the chart below: As long ago as 2017, biomethane producers could obtain something of the order of magnitude of double the payment per kg which is commonly obtained from selling biogas energy now into the heat market. Thus, additional capacity is available from existing plants that are expected to upgrade to produce biomethane.

This means that AD plant owners will increasingly sell their output as compressed biomethane (CNG) to the road transport fuel market. That means that from 2017 on, biogas plant operators have been following the higher price available for biomethane as opposed to the lower price they can obtain for their raw biogas.

Once upgraded all biomethane producers can raise their profitability by continually updating themselves on the current market prices for this commodity. The price they get for their biomethane will vary according to the underlying price of methane, and market forces. By carefully selling future production when prices are high there is room for significant additional income.

The biomethane price is now lower than natural gas by 30%, so the scene is now set for rapid implementation of this established technology. A technology with real potential to reduce global warming.

There is clear political support in Europe, which should give investors confidence to support biomethane technology deployment. By 2030, increased production could amount to approximately 10% of total EU gas demand. The EU biogas industry is ready to scale up the installation of new capacity and can meet the challenge.

Meanwhile, existing biogas plant operators that continually update themselves on the current market prices will be able to sell their output at the best price.

Biomethane may not be considered a better transport-fuel choice than hydrogen, but it provides a highly competitive and economical transport energy alternative for the transition while hydrogen technology comes of age.

Biomethane re-used in automobiles can also be produced for 0.35-0.75 US dollars per LGE by wastes and 1.55–0.75 US dollars per kg/kg if maize is included. Large-scale production relies on feedstock purchase to cover a good proportion of throughput – i.e., maize silage.

Biomethane offers a viable alternative to imported natural gas now that the price of the traditional fuel alternatives has risen. If the benefits of biomethane are also taken into consideration the reasons for investing in the anaerobic digestion process which produces this gas are impelling.

The following are the findings of the Biomethane Report produced for the European Parliament. Biomethane production costs will drop over the next few years with more biogas plants coming in line.

By allowing biomethane to be sold in the conventional gas market at the regular market price for natural gas, the streamlined market process expands the market potential for gas produced from a renewable energy source.

According to the EBA, the current production costs of biomethane are around €80 per megawatt-hour (MWh). These costs, however, do not account for the broader benefits of biomethane, such as rural development, local job creation, and avoided CO2 emissions, which experts estimate to be around €40-60/MWh.

A recent advanced biofuels report uses the newly developed IEA estimate for biogas biomethane supplies based on a detailed study of the available 19 feedstocks for each of 25 regions. The analysis uses detailed information from cost and technology data to estimate supply cost curves that illustrate the potential scale and commercial viability of biogas and methane production processes in various parts of the globe. It first examines the potential and costs associated with biogas before focusing on the potential for biomethane. Feedstock costs may rise as production increases but this is not seen as an inhibiting factor. 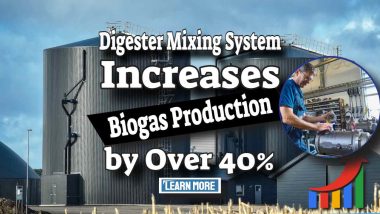 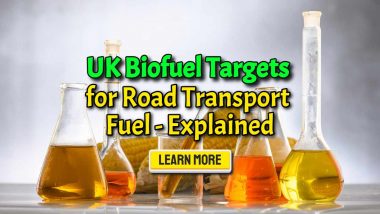