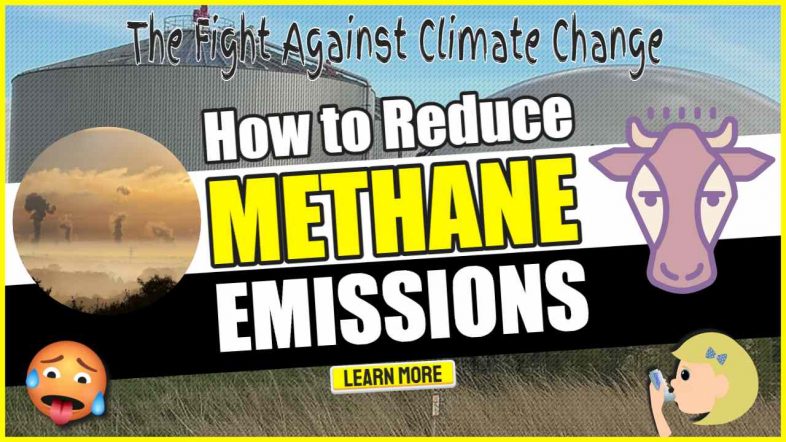 How to Reduce Methane Emissions – Using Agricultural and Waste Biogas

Methane emissions abatement will have an appreciable effect on the all-important greenhouse gases which trap the sun's heat much quicker than carbon dioxide.

Carbon dioxide emissions reduction is important but, because the half-life of methane in the atmosphere is much lower than that of CO2, reducing methane is the only way to have a significant effect on global temperature rises before 2100.

Introduction: Why Reducing Methane Emissions is Essential and How You Can Help

It's is only us that say that it is imperative that we all learn how to reduce methane emissions.

According to the Global Methane Assessment, human-caused methane emissions can be reduced by up to 45% this decade. Such reductions would prevent nearly 0.3°C of global warming by 2045, keeping the Paris Climate Agreement's goal of limiting global temperature rise to 1.5 degrees Celsius (1.5 C) within reach.

For the first time, the assessment considers the costs and benefits of methane mitigation in terms of climate and air pollution, because methane is:

You can help by publicizing the benefits explained in this article, or by becoming a biogas plant owner!

This could be accomplished through policies aimed at implementing specific controls in specific sectors.

Governments and industry organisations must implement policies to effect behavioural change if the outcome we all need in reduced global temperature rise is to be accomplished.

This will necessitate policies that result in broad, cross-sectoral emissions reductions, such as ambitious international agreements, such as:

[A “carbon tax” levied on all forms of atmospheric carbon emissions is often suggested.]

Gender-responsive policies, particularly those promoting behavioural change, should be implemented.

It is also worth noting that, due to the removal of co-emitted aerosols that comes with a realistically paced phase-out of fossil fuels, even aggressive decarbonization will have very little net impact on near-term (first 20 years) temperatures. Shindell and Smith (2019).

The research which has already been done has shown that the only plausible way to reduce warming relative to the reference case over the next 20 years is to reduce greenhouse gases from non-fossil sources: 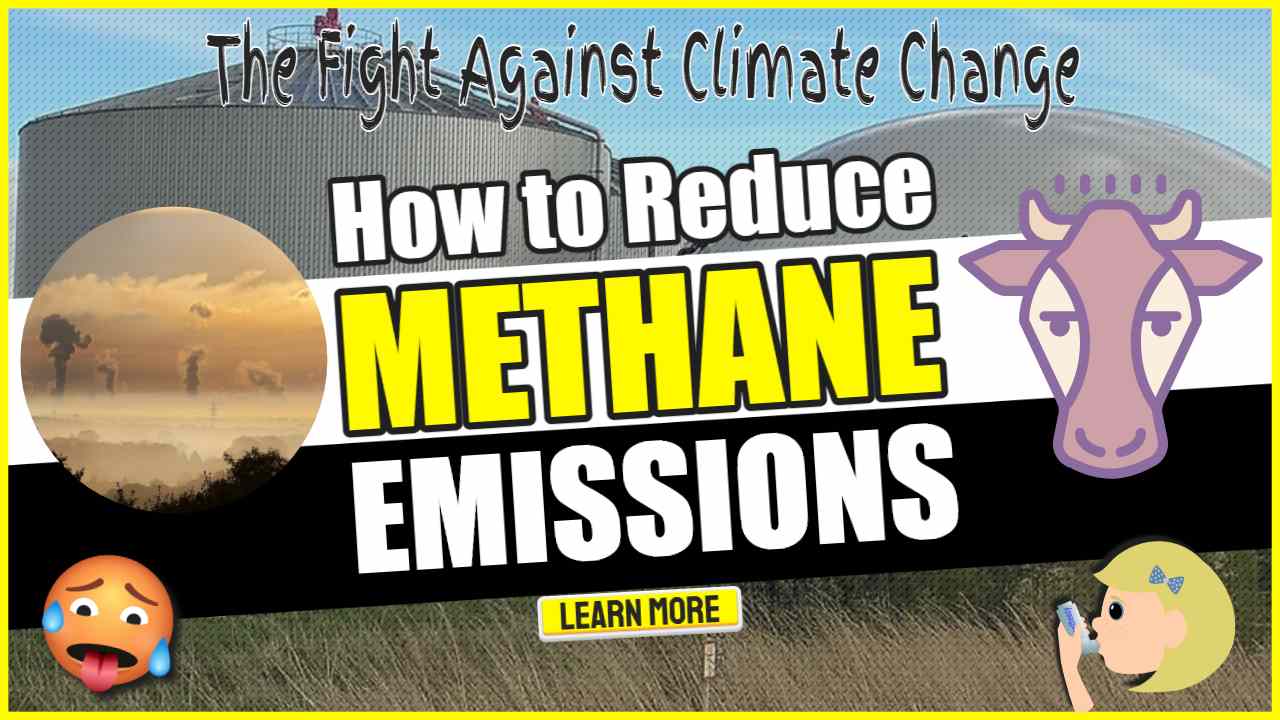 How to Reduce Methane Emissions from Agriculture and Waste

Reducing Methane Emissions from the Agriculture and Waste Sectors is identified alongside further fluorinated gas emissions as a major policy area that can make a difference according to the “Global Methane Assessment” 2021 report.

While both human and natural sources are causes of methane emissions, recent increases are mainly driven by human activities. These are derived from three industries (in round figures):

By adding the contribution from waste and agriculture and processing in anaerobic digestion facilities would abate a whopping 60% of the total methane emissions.

According to the “Global Methane Assessment” 2021 report, “behavioural changes” have the potential to significantly augment targeted methane controls. They say that these are especially important in the agricultural sector, where targeted interventions have the least relative impact.

In our opinion, this refers to the agricultural and waste management sectors developing the only technology which can achieve methane emissions reduction on a large scale by developing and operating anaerobic digestion plants. By using the biogas to carry out the digestion of these materials which, if left to current practices decomposes largely anaerobically by default in manure and other slurry lagoons.

If not sent to a biogas digester it is often tipped in landfills in which at best no more than 50% methane collection can be achieved even applying best practices in landfill gas management.

So the extensive use of biogas and anaerobic digestion is essentially the answer to the question of how to reduce methane emissions!

Of the above 1. and 3. fall within the remit of the agricultural and waste (circular economy) sectors and the use of AD and biogas.

“Though these face substantial structural barriers, widespread adoption of such measures alongside targeted controls could bring anthropogenic methane emissions in line with those in 1.5ºC scenarios.”

How Much Will Reducing Methane Emissions Cost?

We quote the closing sentence of the conclusion of the “Global Methane Assessment” 2021 report, as follows:

“Results are relatively robust for the fossil fuel and waste sectors and indicate clearly that there is an enormous potential for methane emissions mitigation with benefits that greatly outweigh implementation costs.”

To us, in common language, we think that this means that reducing methane emissions is a “no brainer” and it just has to be done for the lives of future generations.
The following is our original article we posted on this subject back in 2014:

(April 2014) In a very welcome move, the White House is backing farm biogas production from manure and other feedstocks. The reason for this is that less methane will be leaked into the atmosphere. The measure will reduce US national methane emissions. These are implicated in climate change studies as a significant contributory source of global warming.

The US dairy industry not only came to the same conclusion in 2009 but has been working toward its own carbon footprint reduction target ever since.

It only took a politician (Obama) 5 years to wake up to a “good thing” for the environment when he must have realised that by making this announcement can take credit for!

The news, which shows that the White House after 12 months of extreme weather conditions which by themselves have convinced an ever-increasing number of Americans that climate change not only exists but is already having a major impact on their lives, is at least keen to look as if it is sensitive to global warming issues.

In the last few days, there has been a flurry of reporting around this topic, and we have added a few links to the various articles below:

In its announcement, the White House formally cited the work of the Innovation Center for U.S. Dairy’s Sustainability Council, whose efforts in part include a partnership with the USDA to proactively reduce greenhouse gas emissions, including methane.

“This announcement validates the path the dairy industry is on – one focused on proactive incentives that can increase farm income, not punitive regulations that would add more costs,” said Jim Mulhern, president and chief executive officer of the National Milk Producers Federation.

“Because of our recent efforts and farmers’ long-standing environmental stewardship, the White House strategy for agriculture includes a commitment to cost-effective, voluntary actions to reduce methane emissions through partnerships and programs.

In agriculture, belching, flatulent cattle are a focus. In June, the Unites States Department of Agriculture (USDA), EPA, and DOE will release a “biogas roadmap.” It will outline voluntary strategies (from the ranchers, not the cows) to speed up the …

Of course, when it comes to food waste the most environmentally beneficial way to reduce methane emissions is not to produce waste food in the first place, and it is to Newsweek's credit that their article recognizes this:

Newsweek
Also with livestock, farmers could convert methane-laden manure into greener materials, such as compost or even electricity-yielding biogas. Consumers, on the other hand, can accomplish a lot simply by eating more responsibly. Almost half of the food …

Interestingly, commentators in the UK saw things in a slightly different light in the following article:

Telegraph.co.uk – One such example is the National Biogas Roadmap, announced by President Barack Obama, late last month, which will help install biogas digesters in slaughterhouses, dairies, and ranches that will capture methane gas released by the cows' manure …

A US government climate initiative is to address the largest source of methane gas in the country: cows. The Obama administration's crackdown on methane emissions has given fresh impetus to the development of an environmentally friendly “cow of the future”.

There are currently 88 million cattle in the United States, and together their farts, burps and manure produce more methane gas than landfill sites, natural gas leaks or even fracking.

Methane, which has 20 times the global warming effect of carbon dioxide, accounts for 9 per cent of US greenhouse gas emissions, according to White House estimates. A typical animal emits 250-300 litres of methane a day.

Solutions being explored range from anti-methane pills and dietary supplements to burp scanners and gas backpacks.

Trust us to be the ones that spotted the potential for an article which talks about farts, and burps in the debate about how to Reduce Methane Emissions!

But, it does remind us that only part of the methane emissions generated by the dairy industry (.ie. that from the manure) can be used productively by installing anaerobic digestion plants.

Is the US government really interested in reducing methane emissions and helping farmers to do that, or is this just lip-service to looking environmentally aware in order to get votes? 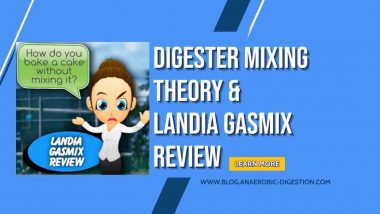 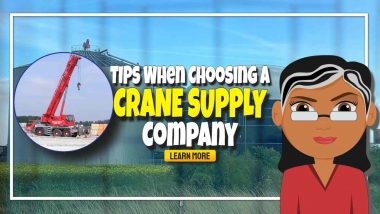