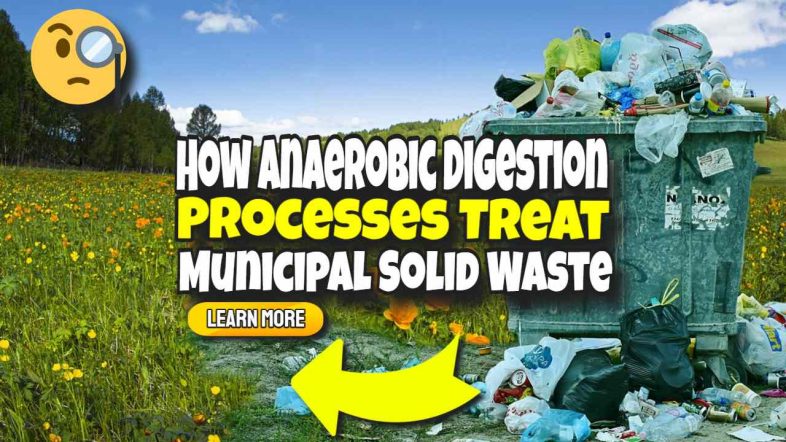 Increasingly Anaerobic Digestion Processes are being applied to treat Municipal Solid Waste (MSW) for the production of biogas as a renewable energy source, and also for Waste Diversion. Waste Diversion in this context means the diversion of waste (especially organic waste) away from landfills.

Municipal Solid Waste as a Feedstock

Currently, the only biological route for recycling matter and nutrients from the organic fraction of mixed municipal solid waste is through treatment processes such as anaerobic digestion and composting (MSW). The organic content of MSW becomes the feedstock for the Anerobic Digestion process.

Anaerobic digestion has been shown to be a viable option for managing and stabilising the biodegradable fraction of those wastes. It usually results in about a 50% reduction in organic matter (volatile solids).

The degree of conversion varies with the feedstock and is comparable to that obtained by aerobic composting at comparable residence times. The big advantage which AD has over composting is that it produces a renewable energy source – the biogas!

Advantages of the AD Process

It is the organic fraction after sorting and separation of municipal solid waste (MSW) in an MRF or MBT facility which is used as the feedstock for the anaerobic digestion (AD) process.

Municipal solid waste (MSW) contains a large fraction of biodegradable organic materials. When disposed of in landfills, these materials can cause adverse environmental impacts due to gaseous emissions and leachate generation. Taking out the organic materials and applying the AD process drastically reduces the potential for those very damaging impacts.

One economic benefit of using MSW is that the feedstock is almost always provided free of charge after it is collected by waste management companies. In most developed nations the alternative is landfill which can be expensive. The charges for landfill tipping in many countries are driven by landfill taxation. In others, the disposal of organic materials in landfills may even soon be banned.

Therefore, MSW is a rising source for biogas generation.

What Happens in an MSW Digester

There is no big mystery to using the AD process. It is a natural process that breaks feedstock into renewable fuel (here biogas) and digestate by a microbial consortium of organisms in the absence of oxygen.

The main distinction between anaerobic digestion (AD) technologies for the treatment of municipal and industrial biodegradable wastes is the operating process requires optimizing for the solid nature of the feed.

The decision of whether to use a wet or a dry AD system is assessed by considering:

When using a Wet AD Process for MSW the organic material is mixed with water to a preset solids content. This increases the volume, all of which becomes digestate, some of which will need to be removed and disposed of daily. A percentage of the water/ digestate cannot be recirculated and this often needs expensive disposal.

That's why many operators like to do no more than thoroughly wet it. They add much less water and manhandle the material with front-end loaders and conveyors. This is the big difference to any wet process where the materials are all pumped.

The traditional Dry AD process is a batch process in which sealed tunnels are filled with organic municipal solid waste. The doors are closed, and the batch is sprayed with previously collected liquid digestate fluid from the previous batches.

Methanogens grow once all the air and oxygen has been consumed by the process. They produce biogas and after a set period of time when the majority of activity has occurred the batch is removed from the tunnel. The digestate (solid and liquid) is usually taken for disposal. The solid material may still be landfilled but the weight has been drastically reduced as has the potential for further biological activity in the landfill.

A continuous plug flow biogas digestion process in some of the most recent digestion technologies accepts high solids organic feedstock that has been pre-processed to remove physical contaminants. Anaerobic treatment systems, supplied with clean feedstock can then maximise the production of biogas. Not only that! The residuals from the process, are suitable for a wide range of applications as products and requirements for a circular economy are met.

Effectively separating the biodegradable materials from a mechanical biological treatment (MBT) facility and treating them in well-controlled anaerobic digesters for biogas production. Requires specialist equipment and an operator with well-trained staff.

One such technique is to use a dry AD system, based upon a rotary drum reactor (RDR) process.

This should not be confused with the common use of trommel drums for the initial separation of the organic content. separating and preparing the biodegradable materials in MSW to be used as feedstock for anaerobic digestion.

In addition to trommel screening, there are now a number of additional methods used for separating out the organic matter from mixed (“black bag”) household waste. 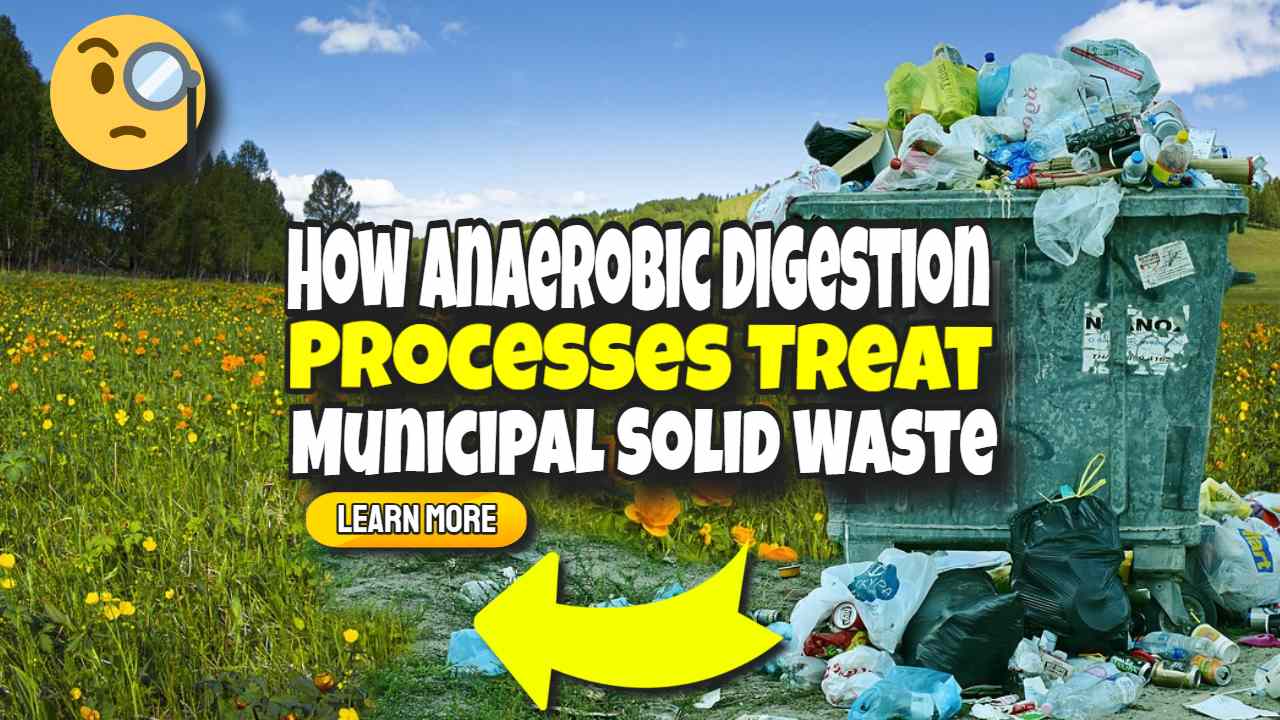 Anaerobic Digestion Processes for the Food Waste in MSW

Food waste is a major constituent in municipal solid wastes and its accumulation or disposal of in landfills is problematic, causing environmental issues.

Food waste digestion generates a highly desirable value of methane potential. According to studies, the methane yield from anaerobic digestion ranges between 350 and 435 mL/g VSadded, depending on:

Biogas production from food waste, along with other renewable organic sources such as agricultural waste, has been proposed as an ideal solution for waste management and energy recovery in the coming decades due to the benefits in terms of energy savings, environmental aspects, and waste management.

The weight of solids produced from wastewater treatment can be reduced through anaerobic digestion, which in turn reduces the costs associated with their disposal.

Anaerobic digestion of the organic fraction of waste is an environmentally sustainable waste conversion or processing method that produces methane and digested material that can then be used as a soil amendment.

Multiple-step processes usually include a separate hydrolysis stage, which can be either aerobic or anaerobic. Hydrolysis (heating to a high temperature and raising the pressure) is used to optimise the breakdown of complex organic material into soluble compounds. This is most often followed by a high-rate AD process for biogas production.

However, there may be significant advantages in using two stages in the digestion stage as well.

The AD process can take place in a number of vessels, or just one, but normally two are employed, one as a hydrolysis vessel and the second as the digester.

An example would be to use thermal hydrolysis of the organic content of MSW followed by anaerobic digestion to produce biogas that is burnt in an engine electricity generator set. The reason for using a hydrolyser is the addition of this process stage results in more of the degradable material in the feed being converted into biogas, rather than just passing through and emerging in the digestate.

The key process stages which would be seen in the waste processing plant (MBT Plant or MRF) include an MSW reception area, shredding, and a form of wet separator, where the biodegradable material is separated from the inert and reject (sometimes called “contrary”) material.

Two-stage mesophilic digesters have been shown to provide an improved volatile solids and volatile suspended solids destruction efficiency over a single-stage system (at the same total solids retention time [SRT]).

However, early plants constructed on the basis of two-stage digestion systems apparently failed to meet expectations and the company offering the 2-stage design is no longer trading.

Managing the ever-increasing load of municipal solid waste (MSW) with its large organic content is one of the biggest challenges for municipalities all over the world.

Due to its ability to generate methane and a semi-stabilized digestate, which can be further processed as a substitute for inorganic fertilisers, anaerobic digestion (AD) has become a popular technique for MSW management.

According to World Bank reports, global MSW production per year is expected to reach 2. 2 billion tonnes by 2025.

The organic fraction of municipal solid waste (MSW) accounts for more than 40% of the total MSW generated.

The digestion process takes place in sealed tanks (digesters) that are normally mixed thoroughly. This is often done by using externally mounted pumps that pull the liquor out into the pump.

While returning it into the digester tank ejects it at speed again into the tank, often also close to the stirring blades, to maximise contact between microbes and waste.

Mixing can also be achieved using the methane gas by pumping it out from the reservoir above the digester reactor into the tank and allowing it to bubble up to the surface to create a mixing effect.

A thermal hydrolysis stage is a feature of many MSW biogas process systems, followed by a one-stage anaerobic digestion process.

The AD plant utilizes the biogas produced is often used to power an engine, which powers a generator, with waste heat recovery that delivers the steam and heat to the hydrolyser and digesters.

It is accepted by many AD professionals that the rate-controlling step in the anaerobic digestion of MSW is the hydrolysis of complex materials such as cellulose, in paper and leaves etc. in the waste.

The process converts the waste into small soluble molecules such as glucose, which can then be easily digested by the biogas producing microbes. In the commercially available process, this conversion is accelerated by heating the material under pressure to around 150°C.

This results in substantially more of the biodegradable material being made available for conversion into gas and ensures the feed material is also sterilized, as required by the EU Animal By-Products Regulations.

After this initial anaerobic composting period (when there is biogas production) the raw compost is placed in windrows (often out in the open) to mature for an additional 5-6 weeks, in the same way as for aerobic composting treatment. The matured compost is then passed through a trommel screen to remove any plastics.

In a final processing step to produce a digestate product for sale, the compost can be blended with additives (e.g. sand, brick dust). Plus, Nitrogen, Phosphorus and Potassium) can be added to meet different specifications from wholesale and retail sellers, and bagged if required. 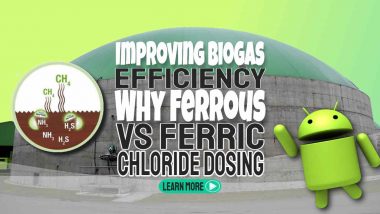 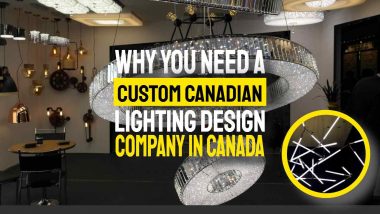 Why You Need a Custom Canadian Lighting Design Company in Canada