How large is the biogas potential in terms of energy output? Can there ever be enough anaerobic digestion plants to really make enough of a difference to significantly reduce global carbon emissions?

The answer is : Yes! Biogas' potential is substantial.

Over the years many have even said that; “It's not possible to make enough biogas to make a difference”, but now the myth is truly busted!

Fans of fossils fuels can no longer justify saying; “Forget biogas it'll never be more than a bit player, a distraction, and a waste of effort.”

In fact it's already a large enough renewable energy source that it is  “making a difference”.

Read on for some facts and figures which demonstrate this.

• With currently only 2% of world feedstock turned into biogas, the industry has huge scope for growth through widespread deployment of anaerobic digestion (AD) technology.

As governments around the world finally recognise the scale of the climate crisis facing humanity they are acknowledging the need for action. [Such as] action to counter and mitigate the effects of rising temperatures.

The Global Potential of Biogas report, unveiled a week ago, by the World Biogas Association at the inaugural World Biogas Summit in Birmingham, illustrates the huge contribution that the AD industry can make.

[In particular] to meeting the Paris Agreement commitments [in 2015], and its potential to become a key player in the development of a sustainable circular economy.

A key finding of the report is that anaerobic digestion (AD) technology, which produces biogas from the treatment of wastes, can help reduce global GHG emissions by 3,290 to 4,360 Mt CO2 eq – this is equivalent to 10-13% of the world’s current greenhouse gas emissions.

Biogas can be used as a fuel for transport and as energy for electricity and heat, whilst the residue left over from biogas generation, known as digestate or natural fertiliser, can replace 5-7% of inorganic fertiliser currently in use. This means it could fertilise 82 million hectares of land, equivalent to the combined arable land in Brazil and Indonesia.

Currently, only 2% of the feedstocks available are treated through AD. These include food waste, sewage waste, farm waste and crops, which can all be used to make biogas in every country. The potential for growth is therefore huge. And, with it, the development of a major economic force that provides:

“The contribution that AD and biogas can make to protecting the environment, developing a sustainable circular economy and improving quality of life around the world is enormous. Our report calls on governments worldwide to prioritise policies which aims to maximise treatment of the waste streams, create the legal frameworks in which biogas can be implemented, and to act urgently. With just a decade in which we need to drastically cut GHG emissions, there is no time to lose. The biogas industry is here, now and ready to scale up.”

Yes. It's officially confirmed that full adoption of the potential biomass resource to make biogas through the anaerobic digestion technology is win-win. But, according to Niclas Svenningsen, Manager, Global Climate Action, UNFCCC when giving his keynote speech to the conference it's at least “win win win win win”.

Yes, that's 5 “wins”! And, in discussion later with me, he said (as or list in the Press Release above confirms) there are more than 5 wins which he could have repeated. (7 in fact.)

However, he also pointed to how short a period the global community has left to take massive action if the targets are to be met.

Implementation – Summary of the Actions Needed

So, let's stop the chat, and provide our own (abridged) summary of the actions needed:

In comparison to the gradual erosion of government support for AD in the UK, and non-existent or very hesitant support elsewhere in most nations, this will be a sea-change.

Anaerobic Digestion in the US Shows Growth Despite Low Electricity Prices 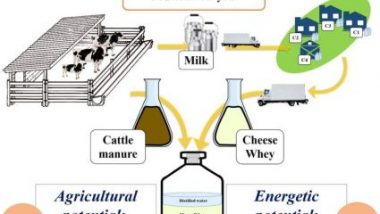