So What are Biogas Plants? Here's a compilation of Biogas Plant Information for all those new to the anaerobic digestion process, and need to know exactly what a biogas plant is!

Here are some definitions we found:

A biogas plant is where biogas is produced,

and that's a first fact in answer to “What are Biogas Plants” for those seeking the  meaning of “biogas plant” and Biogas Plant Information.

Biogas is a gas mixture which is generated when organic compounds are fermented in the absence of air (anaerobic fermentation). This gas mixture is mainly made of carbon dioxide (CO2) and methane (CH4).

And, if you are unsure about what methane is, here is a definition for it:

Methane is a combustible gas, which means it can be burned. It can be used as a sustainable renewable fuel for cooking and lighting.
Organic matter such as manure (human or animal) is mashed up with water and introduced at the inlet, and used to feed the plant.

The process of anaerobic fermentation will then take place in the large tank (biogas reactor), to generate biological gas (biogas).

It will also produce a substrate (called digestate) rich in nutrients which can be used as organic fertiliser or fish feed.

What are Biogas Plants? We recommend that you SCROLL ON DOWN THE PAGE for more biogas plant information.

The feedstock material type determines strongly the form of the plant and its operational parameters.

During the operation of an industrial biogas plant it is obligatory, according to the official European guidelines, to adapt a pre-treatment, or post treatment, thermal stage (for sanitation or pasteurization) of the output from the whole process.

In order to minimise the various disturbances which may arise by the plant’s operation, it is common practice to install the pre-treatment and the feeding equipment inside enclosed places (buildings).

Because of the non-constant composition of the industrial wastewater and solid waste, those anaerobic digestion process plants require a quite sophisticated technology.

Illustrating What are Biogas Plants, and Bringing You the Meaning of “Biogas Plant”, Through Case-Studies Internationally

The Danish Industrialisation Fund for Developing Countries ( IFU) has been instrumental in the first industrial size, state of the art, biogas plant. It is based on organic waste from animal farming and will be built (in and known as) the Lusakert Biogas Plant (LBP) (2018)).

The LBP will process 220 tonnes per day of liquid poultry manure coming from Lusakert Pedigree Poultry Plant LLC. The liquid manure will be processed in a 5,000m³ digester with a process temperature of 38ºC.

Under these conditions biogas with a methane content of around 70% is produced.

The biogas drives a gas motor with a generator.

The yearly electrical generating capacity is 6 GWh. Heat from the hot exhaust gas and cooling water to the gas engine is recovered.

GigaWatts of Power Per Hour (GWh)!

This thermal energy in the form of 90°C hot water represents another 8 GWh per year. Total energy production is therefore can amount for up 14 GWh per year.

One AD project was initiated by the Danish Folkecenter for Renewable Energy.

The project is intended as a pilot demonstration and education plant for Lithuania and the surrounding Baltic countries.

Information on a US Biogas Plant…

Info on an Austrian Biogas Plant…

The village of Strem in Südburgenland makes use of fallow agricultural land in the region, for energy production. The process of solid-state fermentation is used to convert grass and clover together with whole maize plants into biogas.

And the farmers are happy to have a new source of income. Since 2003, Strem has had a biomass heating plant with integrated district heating grid – a good starting basis for the economically feasible construction of a biogas plant.

Since November 2004, “Biogas Strem Errichtungs und Betriebs GmbH & Co KG” have been operating a biogas plant with an output of 500 kWel next to the biomass plant operated by the agricultural co-operative “Öko Energie Strem”.

Info on an Indian Biogas Plant…

The University of Agricultural Sciences (UAS), Bangalore, is saving Rs. 50,000 a month from its electricity bill by using the power generated from a biogas plant on its campus. The 200m³ capacity plant, which became operational recently (2018), is generating about 300 to 320 units of electricity a day.

The 20kv-biogas generator runs for 16 hours a day.

Mr. Schloetterer is farmer and owner of a small farm in Bavaria, South Germany. There are about 30 cows on his farm. Additionally, he has got approximately 40 ha of farm land, of which about 12 ha is forest.

For the manure of his cows and the forage from his fields he decided to build a biogas plant. Compared to other biogas plants in Germany, Mr. Schloetterer's biogas plant is fairly small. The digester has a volume of only about 100 m³.

In his old stable Mr. Schloetterer located the gas engine with an electrical power output of about 15 kW. That is his plant described in a nutshell.

What are biogas plants good for?

They are good for diversifying small farms to produce renewable energy, in this example.

Mr. Kraft has a large farm with about 800 cattle. Additionally, he has got extensive areas of field and a distillery.

“Fats are a good feed material for biogas, and raise the amount of gas produced”

A lot of fat and the distillery residues are digested together with the manure from his animals in his biogas plant. There are several companies that deliver these fats to the biogas plant.

Fats deliver much biogas with high methane concentrations. Therefore, all owners of biogas plants appreciate digesting fats within their plants.

This is called co-fermentation. Mr. Kraft's biogas plant has a digester with a volume of 800 m³. In the foundation there is a heating unit that keeps the temperature inside the digester at approximately 35ºC.

Around the digester there is another concrete ring.

The space between digester and ring is used as a storage tank for digested manure, volume 1,000 m³. In this manner, the digester has almost perfect insulation.

So, what are biogas plants good for?

They are good for digesting fats at Kraft!

So far, biogas plants have often built with open residue storage, to reduce the necessary investment costs. This was also true for the biogas plant of the CPM Biogas GmbH in Hessian Nidderau-Ostheim, which went on line in 2006.

During an ongoing discussion in the biogas community the awareness has developed, that roofing the residue storage has two benefits:

“Plant is the most profitable and reliable operating plant in Germany”

A biogas plant has been completed in Nidderau, as one of the most profitable and reliable operating plant in Germany.

Greencon was commissioned to plan the roofing of the residue storage and to add a biomethane gas purification unit with higher performance by using an activated carbon filter.

Due to that unit and to an additionally installed oxidation catalyst for the CHP engines the exhaust gas emission could be reduced and especially the cancer-causing formaldehyde could be reduced to less than 40 mg/m.

“Renewable energy production is an important area for the governments to focus on… All industrial operators should examine their own energy consumption to ensure that energy is used efficiently and that the opportunities to use renewable energy are exploited,”

This use is far better than burning for crop residues

Why Making Biogas with Dug Cakes is Better than Using them as a Stove Fuel – Especially Indoors!

Unfortunately, the burning of dung cakes leads to toxic emissions in the form of:

Information on a Russian AD Plant

An industrial biogas plant was recently launched in the Belgorod Region in Central Russia. According to the project planning company LLC Engineering Center “Progress”, the new station “Baytsury” is one of the first large scale industrial AD plants in Russia.

The plant is owned by the Regional Centre for Biotechnology, one of Russia’s largest companies, specialising in projects in the field of biogas energy.

What are biogas plants good for?

They are good for providing much needed renewable energy in Russia, in this example.

Information on the Biogas Plants of Weltec Biopower

At the beginning of 2012, the German biogas plant manufacturer Weltec Biopower began the construction of a 526 kW biogas plant in France. What are biogas plants good for? They are good for pig slurry treatment in this example. The fermentation substrates to be used for energy production will be pig slurry, waste from the food industry, renewable plant resources and intertillage crops.

The heat produced by the biogas plant will be used to dry the material remaining from the fermentation process and to heat the pig buildings 60 m away. With heat utilisation of 70 % (without fermenter heating) the CHP bonus in France is 4 cents per kWh. That means that the feed-in tariff (FiT) for a 500 kW plant amounts to 17 cents.

In France the feed in legislation ensures that the state buys electricity from biogas plants at a guaranteed price for 15 years.

So, what are biogas plants good for?

They are good for a guaranteed price for 15 years!

Information on a Biogas Plant in Nepal

Nepal is operating the so called GGC-2047 biogas plant design for over 20 years. NBPA took on the challenge to improve this well proofed design. To foster the implementation within the Nepalese context, NIBP orients towards the BSP standard design, improving some critical points.

The NIB plant is designed to address the short comings of the current GGC-2047 plant design. The R&D activities of NBPA are focusing on the evaluation of usability, performance, price and durability of this new plant design.

What are biogas plants good for? They are good for NIBP in this example. The NIBP can be introduced in the rural- and the institutional market. Its design is much more flexible in terms of space requirements and plant placement than the current system. The NIBP is designed for more performance (gas production), and for better usability.

We conclude with the words of Wikipedia:

Biogas can be produced from raw materials such as:

Biogas is a renewable energy source. via wikipedia.org 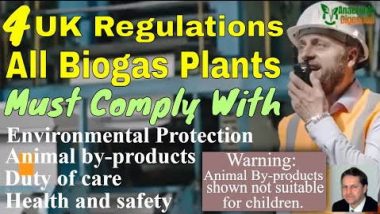 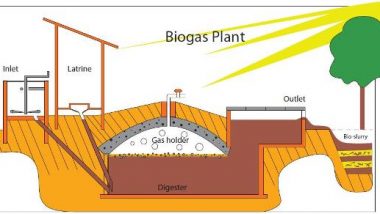 Gobar Gas the Benefits of Gas from Dung