Xergi Biogas Plants: By the Xergi Biogas company, Denmark’s market leading supplier of AD technology has been building a successful biogas business in the UK, and around the world, for over 6 years, with multiple plants now either operational, or in construction. Nowadays, new Xergi biogas plants are announced every few months. As you can see from the multiple news item snippets below, they are getting plenty of exposure within the AD and Renewable Energy news scene.

[box type=”alert” style=”rounded” border=”full”]Scroll to the bottom of this page for the 2012 announcement about Xergi's work for the Turkey magnate Bernard Matthews of East Anglia![/box]

Watch our latest video about Xergi, below:

Watch this video on YouTube here, if you prefer to do so.

Find out more about Xergi's biogas plant designs and construction expertise by watching the video below:

In March 2011,  it was just starting, when Xergi Biogas handed over a new biogas plant to one of Britain's largest vegetable producers at Wrangle, near Boston in Lincolnshire. There was also their announced Scottish AD plant to be built at Barkip, North Ayrshire.

But for a look at what a company like BLSP might one day become, Denmark offers a similar example. Denmark's Xergi Biogas Plants: A Model For Blue Sphere Xergi is a Danish company that has been mainly designing and building (but sometimes assisting in operating … via Blue Sphere Corporation

The technology and process design for the plant was provided by Xergi, a Danish firm that specializes in providing Xergi Biogas Plants. “They have a great deal of experience in anaerobic digestion using multiple feed stocks like we’re doing here,” Dillon said. via Le Sueur Hometown BioEnergy facility

The anaerobic digestion plant at Tully Quarry near Ballymena could generate 3MW of electricity from up to 40,000 tonnes of chicken litter a year – enough to power 4,000 homes, according to biogas plant supplier Xergi. “The Xergi Biogas Plant will convert the chicken … via Chicken Waste Plant in Northern Ireland

Environmental Power is phasing out an older business in burning waste coal to focus on its Microgy subsidiary, which uses a technology that it licensed from Xergi, a Danish company. Microgy, whose digesters can accept used cooking grease as well as manure, has already sold three of its machines in Wisconsin, and is building one in Huckabay, Tex., that will process waste from 10,000 cows. It will own that one itself, and hopes to sell the resulting gas on the open market. … via Latent Power Barnyard

Stream BioEnergy this week announced plans to start work on the new complex in Antrim, while it hopes to get similar projects off the ground in Dublin and Cork by the end of the year.

It is expected the Northern Irish plant will cost about £23 million (€28 million) to build and will process tens of thousands of tonnes in chicken litter a year using “state-of-the-art anaerobic digestion technology”.

This will be matched by a UK recycling fund, while Danish company Xergi Biogas Plants, which is contracted for the construction of the plant, will also invest some cash. Plants in the Republic The plant will be a similar size to two more facilities that BioEnergy is … via A Dublin plant to process chicken poo

[box type=”info” style=”rounded” border=”full”]Flashback to the first version of this page which was published in 2012.[/box]

“Xergi is to supply Holton Renewable Power, which is a joint venture between Bernard Matthews and Glendale Power, a development company specialising in anaerobic digestion, with a biogas plant. The plant will be located close to Bernard Matthews' …” via The PoultrySite 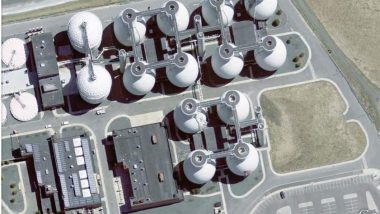