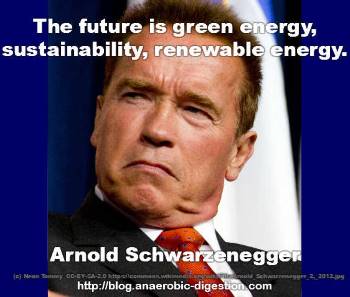 What is Renewable Energy and How Does It Work

There is a simple answer to; “What is renewable energy?”

It is energy which is self replenishing.

Many people would say that it is also sustainable energy, which implies that in accordance with many definitions of sustainability it should be self replenishing within a generation, so that the present generation does not rob energy resources from future generations.

What is Renewable Energy? We Delve Deeper…

Renewable energy takes many forms but starts out being either stored in the earth's crust and deep magma, or nuclear; the vast majority of which is from the sun.

However, the proportion we could conceivably use is so tiny that it would take billions of years for man to use up all the earth's geothermal energy. Therefore, geothermal energy is classed as renewable.

Burning wood is thought of as renewable, but it is only really renewed once the forest it was cut from has grown again. As long as the woodland is replanted though, most people would consider burning it to be renewable since it will regrow in temperate regions within a generation.

In contrast, burning fossil fuel is clearly not renewable because it takes millions of years for new coal, oil, or natural gas to form. That's a lot longer than one generation!

There is an interesting form of renewable energy which often renews itself in a year or less, and if it isn't used it simply is wasted: That is biogas, which is made from the anaerobic digestion process, which uses ancient microorganisms which have existed since there has been life on earth, to make it.

Renewable Energy: How Does It Work?

A crop, or better still an organic waste left over from the growth of a crop (for example supermarket food waste), is fermented in a biogas digester, a gas (biogas) bubbles off, and that gas is used instead of natural gas.

This is a fabulous renewable energy, because it burns clean – which wood certainly doesn't.

It can be used for anything natural gas can be used for, including as CNG (compressed natural gas) for vehicle fuel. It is also quickly replenished (much more quickly than wood) by using the material remaining afterwards as a fertilizer, to grow the next year's crop.

What is Renewable Energy Generation About Certainly Not Diverting Food to Make Energy with It!

A few years ago many governments saw oil prices rising along with all other fossil fuel prices rising and decided that to make bio-fuel and in particular bio-diesel would save their nations from spending a lot of money. Money which would leave their countries, to pay for imported oil used to make diesel fuel.

They saw using purpose grown crops as a wonderful way to make bio-diesel, and started to subsidize the production of biogas.

But, unfortunately, they encouraged farmers to divert their food crops like maize to making bio-diesel.

When, simultaneously food prices started rising faster then inflation there was a public outcry against the subsidies. In hindsight you might say that this could and should have been foreseen, but it wasn't.

The result was that governments (such as Germany and Brazil) got a lot of bad publicity for encouraging farmers to stop supplying food. The result has been that most of those subsidies have now been stopped.

However, it did not have to be like that because there are many sources of organic feedstock materials for running anaerobic digestion plants and making biogas. In recent years there has been a realisation that it is much better to use manure, and all sorts of types of organic waste, which otherwise get dumped in landfills and cause big pollution hazards.

What is Biogas as a Renewable Energy Potentially Going to be Able to Do?

The following is big news.

In the UK biogas from wastes could, heat half the homes in the UK (if all the waste sources experts consider viable as organic feedstocks, were digested).

Don't take our word for it that there is scope for large numbers of anaerobic digestion plants.

That's a fact recognised by the US Department of Agriculture in their Renewable Energy Roadmap which sets out to get 11,000 biogas (energy from waste) plants built solely on large US dairy farms, by 2020.

The Benefits of Renewable Energy

Renewable energy resources exist over wide geographical areas, in contrast to other energy sources, which are concentrated in a limited number of countries. Rapid deployment of renewable energy and energy efficiency is resulting in significant energy security, climate change mitigation, and economic benefits.

The results of a recent review of the literature  concluded that as greenhouse gas (GHG) emitters begin to be held liable for damages resulting from GHG emissions resulting in climate change, a high value for liability mitigation would provide powerful incentives for deployment of renewable energy technologies.

In international public opinion surveys there is strong support for promoting renewable sources such as solar power and wind power. At the national level, at least 30 nations around the world already have renewable energy contributing more than 20 percent of energy supply.

National renewable energy markets are projected to continue to grow strongly in the coming decade and beyond.

Clean energy is good for the environment, but it also makes sense for the economy. Clean, green energy like wind and solar is reliable and creates lots of good jobs. In fact, according to Fortune Magazine, in 2017, “The solar and wind industries were each creating jobs at a rate twelve times faster than that of the U.S. economy.”

Wind and solar are the clear solutions to reducing carbon pollution and slowing climate change. via  CleanChoice

Conclusion – to the “What is Renewable Energy” Debate

So, once again what is renewable energy?

Renewable energy is energy produced from sources that can naturally replenish themselves over time. The most common of these sources are solar, wind, hydro, geothermal and biomass energy. via Facts to Know 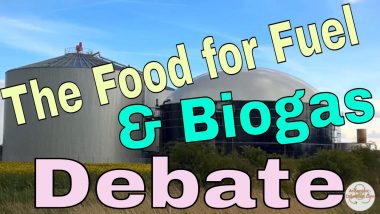 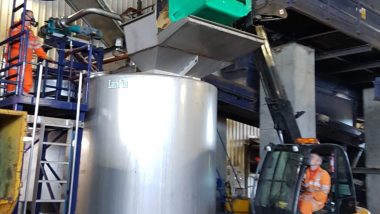