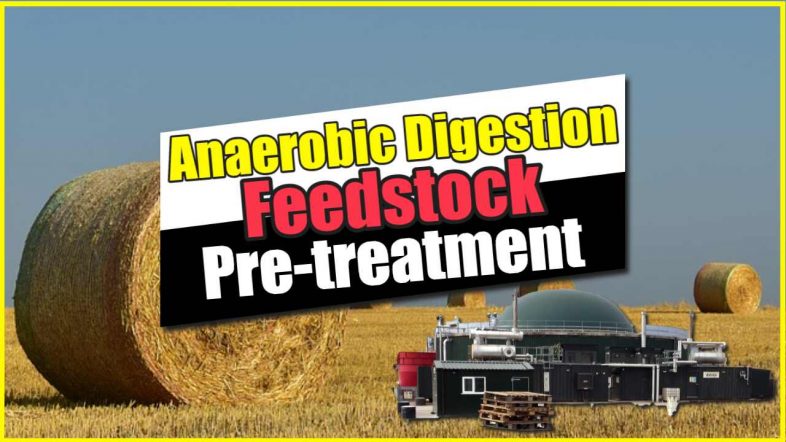 Why is everyone in the biogas (anaerobic digestion) industry so keen to pre-treat their feedstock? Because it is the classic case of getting more from less and reducing costs/raising profitability. In this article, we explore the biogas Economizer SE Feedstock Pre-treatment System and other biogas output raising pretreatments.

Among renewable energy technologies, anaerobic digestion (AD) has gained popularity in recent decades. It is a robust technology that allows the treatment of a wide range of organic waste such as sludges, agricultural residues, organic fraction of municipal solid wastes, algae, and so on.

The prospect of a low-cost process that converts organic wastes into biogas (primarily methane and carbon dioxide), a source of renewable energy and profit, has heightened interest in this technology.

According to European Union policy, at least 25% of all bioenergy can be derived from biogas, and the growing number of anaerobic digestion plants confirms this. However, if the 25% target is to be met, increasingly difficult-to-digest feed materials will be required.

The idea of using a pretreatment technology before the digestion stage at biogas plants is to make the constituents of the cells easily available to the digestion process microorganisms and speed up their ability to make biogas.

Here we discuss the various techniques and their influence on increasing the oxidative stress produced over a decade in a systematic review.

There is strong interest in the use of algae for energy production. Thermal pretreatment appears to be the most promising technique for microalgae so far.

A number of companies offer enzymes, but not generally as a pretreatment as these are usually dosed into the feed as it enters the digester. 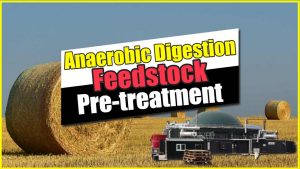 Because of their low accessible surface area, biomass recalcitrance, and the presence of natural inhibitors, many feedstocks for the anaerobic digestion (AD) process pose challenges to the success of AD. Food waste is a possible exception, but even food waste can be improved by a low-cost pretreatment.

The most effective preparation techniques for feedstock in biogas plants break down the cell walls spilling out the complex cellular compounds they contain. The result for a given digester tank volume and throughput rate is faster biogas output, a higher total yield of biogas and this is usually accompanied by a more stable process.

The wastewater treatment industry was the first to implement feedstock pretreatment. They tried high temperature and pressures on a feed of waste-activated sludge, in a vessel, in a process known as hydrolysis, and it worked. That was 30 years ago.

Others have used sludge heat-pretreatment and a steam blast to increase methane potency and digestion rates. They also discovered other benefits, such as assuring sludge sanitation and it is done using waste heat generated by the AD electricity generators on-site.

During the last decade, the use of pretreatment to increase methane production from lignocellulosic biomass such as wheat straw (WS) and rice husk has been investigated, and pretreatment methods are now available for such materials, which are an abundant and currently unused energy source available globally.

More recently, other pretreatment methods of destruction beyond thermal, have been shown to work well, such as high-intensity microwave pre-treatment/ ultrasonics, and also shear force by extruding the feed through a die.

Save hundreds of thousands of pounds a year on feedstock, by adding the revolutionary anaerobic digestion feedstock pre-treatment from Future Biogas (first published 15 May 2018).

The Economizer SE is a revolutionary turn-key solution for the Anaerobic Digestion (AD) industry, say Future Biogas. It is making biogas production easier and cheaper. 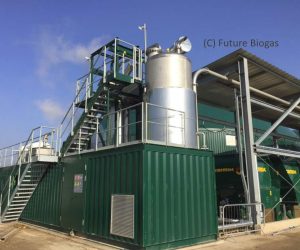 The anaerobic digestion feedstock pre-treatment technology reduces reliance on crop feedstocks and allows the utilisation of low-value residual materials. This could allow A D plant operators to save costs amounting to several hundreds of thousands of pounds a year, says the company, on their website.

Working as a feedstock pre-treatment system the Economizer SE, uses a process of steam-explosion, to break down previously indigestible organic materials, by removing the lignin coating. This means for the first time that materials such as straw, husks, shells, wood waste, reeds, biogas digestate and many animal manures can be used efficiently in the AD process using this form of thermal hydrolysis.

The future of biogas lies in the use of lower-cost, readily available biomass feedstocks, particularly those which are under-utilised or where energy use is a secondary step, such as solid animal manures.

Driven by economics, the ever-present issues around “food v fuel” and government decisions on what to fund with tariffs, novel solutions needed to be found for the biogas industry.

One of the key developments required when developing this new anaerobic digestion feedstock pre-treatment method, was a technology to access the energy in so-called “ligno-cellulosic” feedstocks.

In these, nature has worked hard to make the digestible elements difficult to access, and they include cereal straws, hay and landscaping cuttings.

Watch our video below (which we made using the text on this page), but don't forget to return at the end, and to comment with your views.

This video is based upon information available on the Future Biogas website – available at Future Biogas.
We also make videos like this one, for our clients – Visit https://ippts.info for your video creation quote!

Conclusion to this Revolution in Anaerobic Digestion Feedstock Pre-treatment

Future Biogas believes that it has found that REVOLUTIONARY TECHNOLOGY. It has also secured the rights to be the sole distributor of this revolutionary new technology, through its subsidiary Future Biogas Systems, and is in the process of installing the first Economizer SE in the UK at its latest plant. 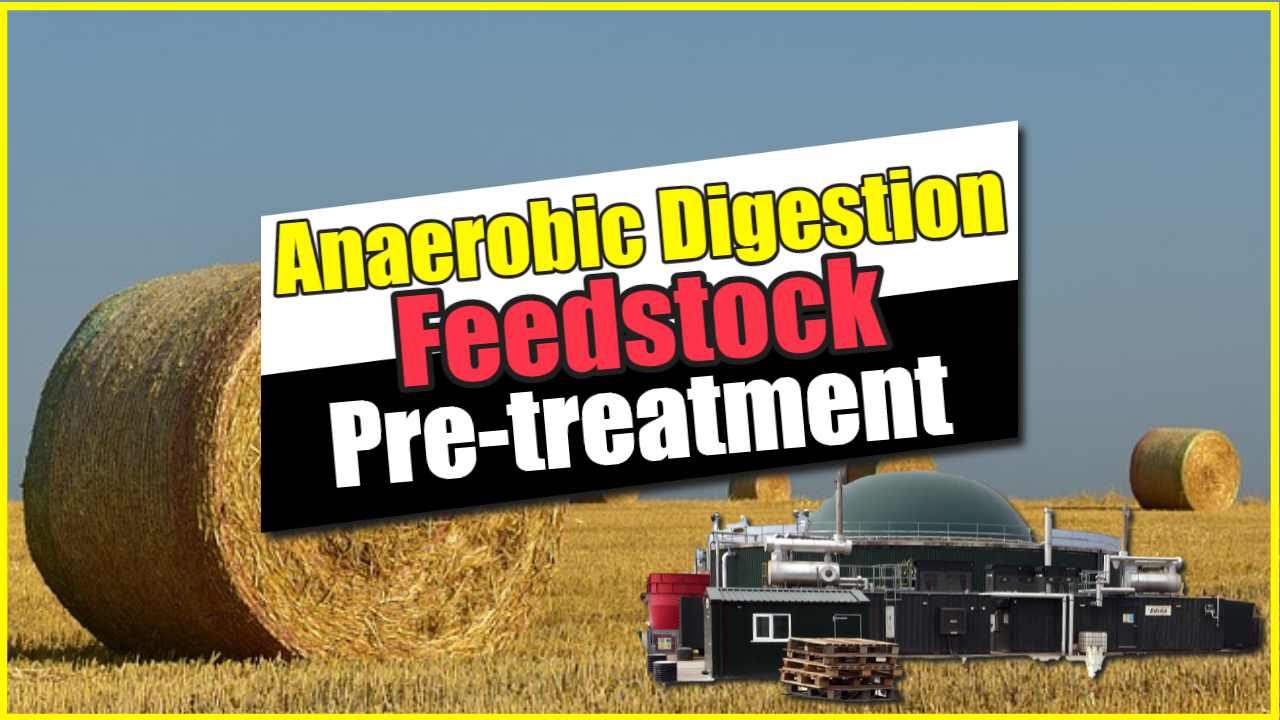 What Others Are Saying About Anaerobic Digestion Feedstock Pre-treatment

WiseSoil Feedstock Pretreatment Module (FPM) is a solution for increasing the efficiency of biogas plants. The module is based on proprietary technology and can be installed as an add-on before any digester.

Anaerobic Digestion technology can be compared to the human digestive system, where FPM acts as teeth, chewing the food before it gets to the stomach. The module is compatible with any digester system, costs up to 5% of total plant cost and provides customers’ ROI of about 1.5 — 2 years.

Module disperses feedstock into small-size fractions, minimizes disruption of the bacterial environment inside the digester by deoxygenating, mechanical hygienisation and preheating of feedstock. The combination of all these processes makes feedstock highly reactive and most favourable for the reactor microflora environment, allowing for fast and full digestion that maximizes biogas yield. WiseSoil technology's competitive advantage lies in a synergy of processes: it simultaneously accelerates waste digestion and increases biogas yield. via WiseSoil

Many pretreatment methods are expensive or require a lot of energy, and their effectiveness is often difficult to prove.

Some pretreatment methods, on the other hand, can sometimes stabilise biogas plants that are unstable (for example, by adjusting the pH) and can potentially make new substrates available for anaerobic digestion.

Pretreatment is especially useful for substrates with degradable biomass that is not sterically available for enzyme attack.

Pretreatment is usually not required for substrates with fast degradation rates. Finally, it should be noted that pretreating all substrates with a single technology is not a viable option.

Increasing livestock densities and tougher environmental demands on manure management are compounded by low methane yield from manure-based biogas plants and the ligno-cellulosic nature of straw that makes it elusive to co-digest. Until now that is. Danish company Kinetic Biofuel A/S has demonstrated a patented straw pre-treatment technology that enables manure-based biogas plants to use straw as co-substrate and over double biogas output. via Boosting manure based biogas with straw | Bioenergy … 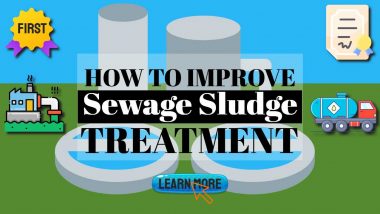 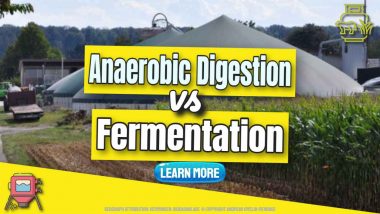