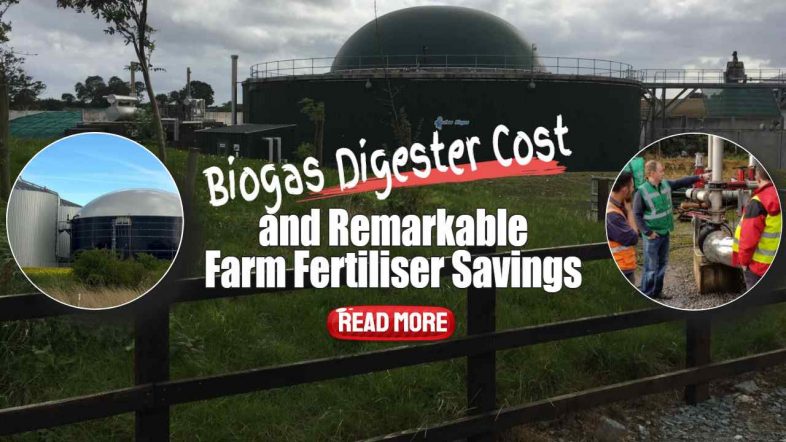 Stay on this page if you want our views on biogas digester cost and to see a case study on the dramatic fertiliser cost savings which were the result of fitting a new mixer system designed to raise the profitability of AD plants.

How much does it cost to build a biogas plant?

A home biogas plant may cost no more than $750.

At the opposite end of the scale are big commercially-available biogas plants using various materials like food residues, bio-products and special cultivations which costs from $0.5 Million to $30 Million for a large municipal biomethane plant in the US.

What AD plant operators should be doing to save costs in the biogas/NG sector is to:

Detailed project planning is essential for any Biogas and RNG projects.

Construction expenses consist of wages as well as the cost of materials.

How do anaerobic digesters work?

Aerobic digestion is a procedure in which organic material is broken up by the oxidation of oxygen into closed units in a closed system. Methanogens digest organic food to make biogas, as well as digestates enriched with nitrogen, potassium and phosphorus that can be used by farmers as fertiliser.

This is a process that includes four distinct stages of conversion of feedstock into biogas. The final two processes have the biggest effects on the quality of biogas produced as they affect the conversion of methane into carbon dioxide. Different feedstocks significantly influence methane production.

For calculation of depreciation, plant lifespans can be calculated as 15 years if maintenance is performed regularly.

Generally, the plant is required to replace its parts after eight to 15 years including the steel gas holding unit. The exposed steel parts must be painted at least 3 yearly.

It is advisable to use forecast interest rates to make worn-out equipment replacement calculations. During determining the costs, the inflation rate is a consideration so relate the future maintenance costs to a timeframe. The inflation rate is important in calculating the cash available to service the repairs incurred during the period.

A feasibility study is an exercise done to determine whether a profit from anaerobic digestibility is technically feasible at any farm. No project is viable to go ahead unless it is economically feasible.

The investment expenses to build an anaerobic digestion plant can be covered through grants or low-cost loans. However, before committing significant funds to the anaerobic digester its net operating costs must first be considered. The purchase of a digester should be conducted by first performing detailed economic studies.

How much does a biogas generator cost?

Anaerobic digestion system costs vary significantly according to the scale and complexity of plants.

Complexities vary largely depending on what kind of feedstock is treated. A slurry treatment system, including a very simple small digester and a CHP unit, could easily cost around £550,000 to £1 million.

Naturally, for larger systems, the cost increases according to size, biogas production capacity and design limitations imposed by planners and authorities.

The following is a case study published in May 2018  of an impressive cost reduction that was achieved:

Be inspired by this news that a finely-honed biogas digester design in Ireland, is reducing the farm's Annual Fertilizer Cost to just 1/3, plus producing biogas renewable energy.

It is doing this 8 years on after commissioning the first digester unit.

It is not coincidental that the plant uses Landia pumps for mixing, including the Landia GasMix digester-tank mixing system.

That's not to, in any way, downplay the skill of the biogas plant operator, to achieve such a solid success. Not only that, to do it in a country, with almost none of the subsidy aid available in other nations.

The article below is right to emphasise the ground-breaking biogas digester design results which can be achieved through a long-term focus on the biogas digestion process, regular monitoring of all plant aspects, and attention not only to feedstock quality and consistency, but also preventative maintenance of systems. This includes a simple digester-mixer pipe back-flushing regime as described in the full Press Release included below:

Before you scroll down, we suggest that you might like to watch our video, which is all about the GreenGas business aspects of this page:

Press Release: Ireland’s first farm-scale AD/Biogas plant might well be approaching its eighth year of operation, but the 24/7 attention to detail at the GreenGas plant in County Limerick has never been more focused.

Unlike the UK, at that time, with its Feed-In-Tariffs (FiTs), there was no such incentive in 2010 in the Republic of Ireland – but determined to diversify and to continue to take its farm forward, the McDonnell family decided to go ahead with using both its dairy herd’s and poultry manure to produce biogas. The McDonnells had the vision – and had more than done their homework.

They obtained planning permission back in 2003 and had conducted site visits from as far afield as America and Australia (but primarily in Scandinavia and Germany) to look at successful biogas plants.

David McDonnell and his father Michael’s extensive research resulted in an impressive bespoke plant – one created with realistic, sustainable expectations – that has become a landmark in renewable energy for the country.

“The nitrates directive was really beginning to kick-in during the late 2000s”,

“These EU directives meant serious implications for farmers, so with our annual fertiliser costs up at around 100,000 Euros, we wanted to look at how we could produce our own, better, eco-friendly fertiliser, which at the same time for us was a natural progression for the farm. Thanks to our AD operation, our annual fertiliser costs have now been reduced to one third. In the future we can hopefully look at converting our digestate into a marketable product. We wanted to use the land as best we possibly could – and ensure that what came out of our AD plant could be put onto our land”. 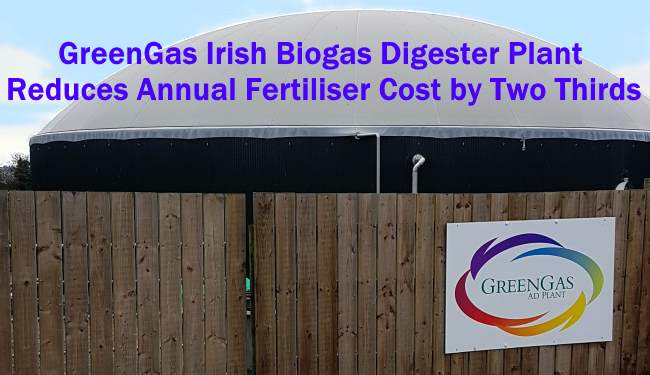 “Although we worked closely with German engineering firm Kreig & Fischer on the design of our plant, we chose to work directly with our equipment suppliers. This was far more attractive to us”.

“Kirk supplied our first digester (1000m3), with Gary Little recommending Landia for its mixing systems, introducing us to the late Hugh Vaughan. Lifetime cost was a very big selling point for us – as was a relationship with companies who were proud of their work and prepared to roll up their sleeves and make things happen”.

At first, Landia’s GasMix didn’t appear to be achieving the results that had been forecast, but this was soon rectified by a site visit from Hugh Vaughan who back-flushed the pipework to remove a blockage caused by a build-up of sulphur.

Digestate was forced up the reverse way to clear the pipe – and after a short break for lunch, the digester was being mixed to full effect. Since then, as part of its preventative maintenance schedule, the back-flushing of pipework is now a regular part of GreenGas’ rigorous maintenance program.

“GasMix having all moving parts on the outside of the digester is a big plus. You don’t have to take a hit on your gas yield. A service agreement was put in place with Landia and an extended (two years) warranty, but because of the robustness and reliability of the pumps, the latter was never needed”.

‘Efficiency of the mixing systems’

In addition to the GasMix system, GreenGas also invested in Landia’s side-entry mixers for its digesters to add some extra impetus if and when required. Such is the efficiency of the mixing systems that GasMix (combining a Landia chopper pump and a series of venturi nozzles) only has to run for approximately 15 minutes every two and a half hours. The side-entry mixers run for only approximately 5 minutes every hour, so energy usage is extremely low.

Plant Manager, Senan Meade, who has been with GreenGas since 2013, takes up the story:

“Even though our dry solids are usually a maximum of 5%, we feel that the side-entry mixers give us a guarantee”,

“We scrutinise our feedstock, but it changes. Typically, cattle slurry will be richer in the winter with the cows indoors being fed on maize. Straw can be quite challenging to process. Food waste can vary tremendously, and we’ve had all sorts of unexpected objects found in it – shovels, car engine parts and even a stray bowling ball!”

“That said, this is pretty much in the past now because we have developed Feedstock Acceptance Agreements with our suppliers, who have become trusted partners. We monitor every load. We need to protect our bugs. We have rejected lots of potential feedstock because continuity of supply is so important to us”.

As well as pumps, mixers and the GasMix system from Landia, GreenGas also uses a Landia Pasteurizer. It switched this, from the front to the back end of the process, two years ago. It made this change to the biogas digester design because it made more sense to increase the temperature of digestate (already at 40 degrees) to the required ABP pasteurisation temperature of 70 degrees – rather than wait for it to be heated up from an ambient storage temperature of only 6-10 degrees. Excess heat is used for the plant and for the poultry sheds on the farm nearby.

“We always avoid shock-loading the digesters – and everything is enclosed, but we are very conscious about being good neighbours, so we use carbon filters and always keep all doors closed when unloading or mixing.”

“Landia’s advice was to rotate the use of the mixers and nozzles on the digesters to help make them last as long as possible. Regular daily checks are very worthwhile, just doing the basics with oil and grease when required. You can catch any problems very early. It’s all about getting the balance right and fine-tuning so that you hit the sweet spot for a smooth-running plant.”

“We have alarms in place and can keep a very close eye on things away from the plant on our smartphones. Even after all this time, we’re still learning – constantly”.

“We’re beginning to approach our eighth year as an AD operator – and have to say that with 23 of its pumps and mixers on site, Landia’s very robust and reliable equipment has certainly played its part in the growth, well-being and efficiency of this plant.

“We’ve come a long way because there was no real AD industry in this country when we started and certainly very few financial incentives – and we still have nowhere near the catalyst as Northern Ireland or as in many other EU member states.”

“Our gradual investment in what now totals over half a million Euros in Landia’s pumps and mixers speaks for itself, but the back-up, pride and enthusiasm to help us get the very best from our plant's biogas digester design, is priceless”.

For more information about the first on-farm biogas digester design of its type in the republic of Ireland visit the www.greengas.ie archive here. 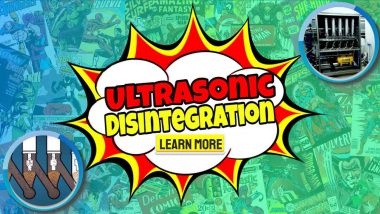 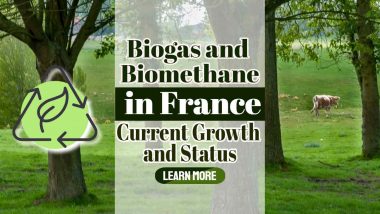 Biogas and Biomethane in France – Current Growth and Status