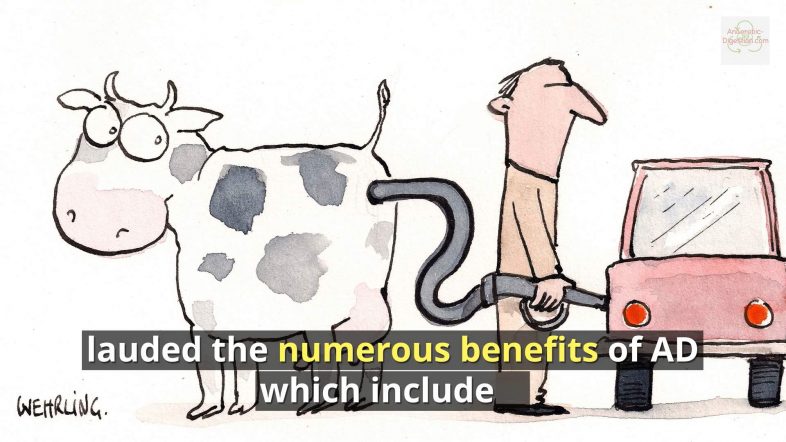 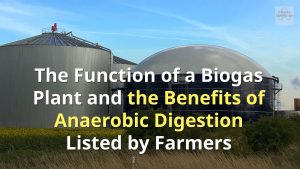 The question of function of biogas plant. Many people new to the industry would say that the true function of a Biogas Plant is surely simply to make biogas… Full stop! end of discussion.

And yet, this would be at odds with the long list of other AD Plant benefits invariably listed by real farmers who have their own on-farm anaerobic digestion facilities.

We have found that farmers appreciate the benefits of on-farm biogas production, but their experience of their own anaerobic digestion plants reveals many other benefits.

It is with that in mind that we were fascinated to read the Royal Agricultural Society of England report authored by Angela Bywater, titled: “A Review of Anaerobic Digestion Plants on UK Farms – Barriers, Benefits and Case Studies”, which is available on their website as a pdf download. This article, and the embedded video, were written by us to highlight just one small part of this report which talks about the real-life experiences of real farmers, while using their biogas plants.

We have reproduced part of the executive summary below, but we suggest that you watch our video below first as an introduction to this subject, and afterwards return and SCROLL DOWN for the full content of our article:

Structure and Function of Biogas Plants.

“All of the farmers involved in the case studies in a Royal Agricultural Society of England study, lauded the numerous benefits of AD which included:

In other words, on-farm anaerobic digestion offers a significant step towards more sustainable farming. It is for these reasons that the UK Government and the agriculture industry see anaerobic digestion as the ideal way to treat slurry. As stated in DEFRA’s Shared Vision for Anaerobic Digestion, the NFU would like to see 1000 on-farm digesters by
2020.

Work done by the RASE and AEA Group indicates that for the greatest impact, low-cost AD plant should be targeted at dairy farms, starting from about 100 cows and upwards.”

Source: The above excerpt is from: “A Review of Anaerobic Digestion Plants on UK Farms – Barriers, Benefits and Case Studies”; Supporting Sustainable Agriculture, By Angela Bywater, Royal Agricultural Society of England – Executive Summary. 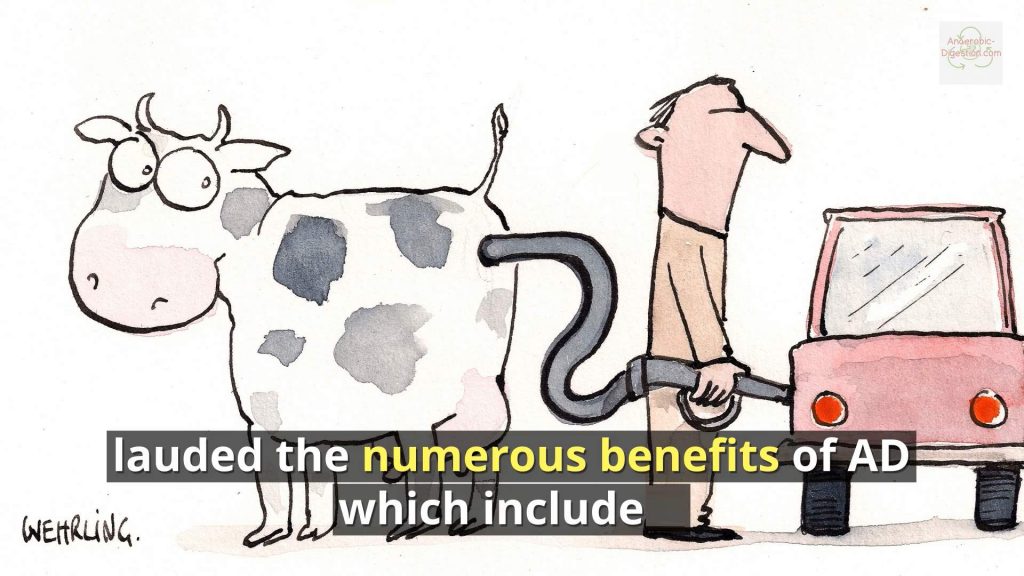 When government subsidies such as the FiT (Feed-in Tariff) Scheme for England were first introduced there was great disappointment that small farm AD plants were at the last minute apparently omitted when the lowest band of subsidy eligibility was set just above the rate of power generation small farms could achieve.

It is not known why such a great opportunity to assist small farm businesses had been passed over. It was done without much comment, and even less warning by Defra, and only really apparent when the regulation's small-print was issued. It truly was a wasted opportunity.

Is it too much to hope that the resurrected FiT and RHI schemes promised will be set to benefit small farmers? These would be seen as payments, NOT AS A SUBSIDY. But, money paid by the nation for the service the farmers with AD plants provide toward the sustainability of farming.

In other words an investment in the future heath of farming. A way in which marginal farms can diversify, raise their income and improve the financial security of their businesses, meaning that they will not need assistance from the national purse in the form of welfare payments to low-earners (income supplements), and other benefits for the poor.

Biogas Defined and the Function of AD Systems from Wikipedia

Biogas typically refers to a mixture of different gases produced by the breakdown of organic matter in the absence of oxygen. Biogas can be produced from raw materials such as agricultural waste, manure, municipal waste, plant material, sewage, green waste or food waste. Biogas is a renewable energy source.

Biogas can be produced by anaerobic digestion with anaerobic organisms, which digest material inside a closed system, or fermentation of biodegradable materials.

Biogas is primarily methane (CH4) and carbon dioxide (CO2) and may have small amounts of hydrogen sulfide (H2S), moisture and siloxanes. The gases methane, hydrogen, and carbon monoxide (CO) can be combusted or oxidized with oxygen. This energy release allows biogas to be used as a fuel; it can be used for any heating purpose, such as cooking. It can also be used in a gas engine to convert the energy in the gas into electricity and heat. via Biogas – Wikipedia

The microscopic organisms that produce biogas, known as Archaea, are among the oldest life forms on Earth. Much less oxygen-breathing and CO2-absorbing plant life …

In airtight fermentation vessels – the so-called digesters – use a function of biogas plant operation, namely a fermentation process. This is stimulated and produces biogas using bacteria. The bacteria are similar to those which can also be found in the digestive tract of a cow. Main products of anaerobic degradation are energy-rich methane and carbon dioxide. Since both are gaseous, they separate from the fermentation substrate and form the main components of biogas. Carbon dioxide is not oxidised, but then can be supplied together with the energy-rich methane cogeneration power stations of combustion and fed into each locally existing heat network. via EnviTec Biogas AG

The Function of Biogas Plant Operation shall be to control the digester's chemical environment as follows:

4. pH of the digester-: Neutral pH is an important parameter in anaerobic digestion, just as it is for aerobic composting. If pH is measured at the inlet, it will be slightly lower than neutral — usually around 5.5 — as fresh material is converted into acids. The pH will neutralise as these acids are converted into methane gas. By the time the liquid bio-fertilizer comes out the digester, it should be 7. If the pH of the bio-fertiliser is lower than this, it is an indicator the digester has been over-fed and is at risk to “sour,” or stop working due to low pH. If the pH at the inlet goes below 5.5, it is necessary to add some wood ashes or lime to buffer the digester. A function of biogas plant operation is to prevent soured digester has no bubble activity and instead of producing gas, instead it draws air into it. The top will be sucked in tightly against the surface of the liquid and if a brewer’s airlock is being used, the water in the airlock will be sucked into the digester. Restarting a soured digester is time consuming, severely compromising the function of biogas plant effected, and in most cases it is simpler to dump it out and start over.

After these five steps, it is important to know that for the first 48 hours for a small digester or up to a couple of weeks for a larger system, the digester will only produce carbon dioxide (CO2). Carbon dioxide is of course used in fire extinguishers. When you put a match to the gas to test for flammability, it will be blown out with an audible “hiss” and a wisp of black smoke. As the biogas begins to come on, the hiss and black smoke will be gone and you will smell the distinct “rotten eggs” scent of the hydrogen sulfide (H2S). This odour is the signal to begin capturing your gas, as it is either flammable or soon will be. This “CO2 Phase” has caused many people to abandon projects that might have been flammable if they had waited a short time longer. via Structure and purpose of AD plants 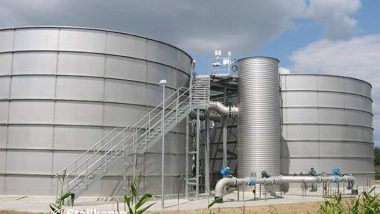 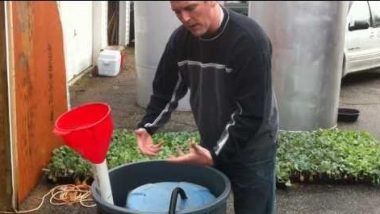