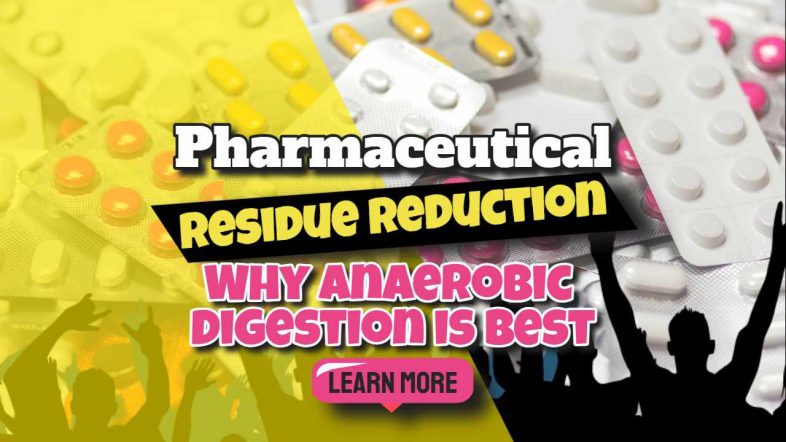 Recent research has shown another benefit of anaerobic digestion is it provides a higher rate of pharmaceutical residue reduction than during standard aerobic water treatment.

Pharmaceutical residues are a new and emerging environmental concern due to the fact that science has not studied the effects of medicines in the wild in any depth.

are the most common routes for human and veterinary pharmaceutical drugs to enter the environment.

Among these, animal excreta is the most common source of drug contamination in the environment, as the majority of drugs used in livestock veterinary medicine end up in manure.

When energy recovery is not required due to cheap energy produced from fossil fuels and the required level of efficient waste treatment is not high, manure and slurry (urine and faeces) are typically disposed of by using low-cost options.

They are either applied directly to agricultural fields, as fertilisers and soil improvers or stored for a period of time in an open basin or lagoon before being applied to land. 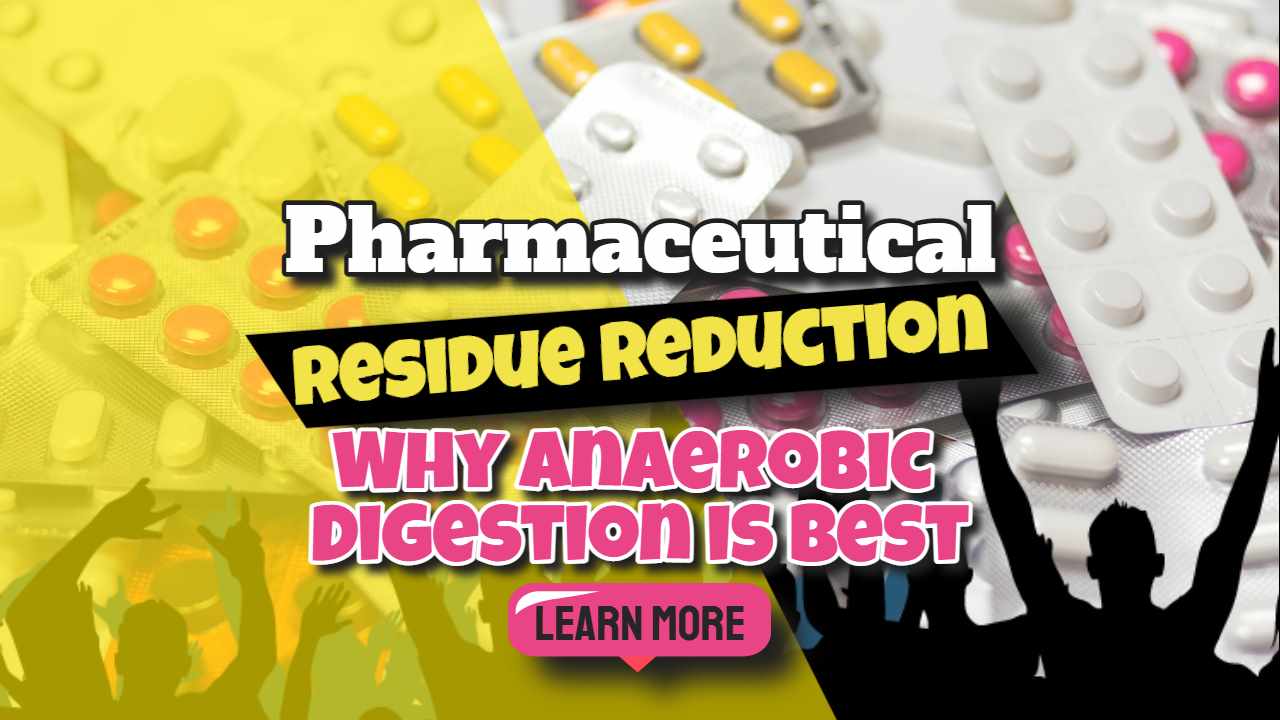 This is regretable because anaerobic digestion technology in biogas plants can generate biogas (primarily methane):

but, it is not preferred due to its high investment cost.

Because of the increased emphasis on energy recovery and renewable energy production and as a result of rising non-renewable energy prices, anaerobic digestion technology may in future surpass low-cost options for animal waste treatment.

This will be very good news for the many biogas benefits, but it is little appreciated that another benefit will be from much better pharmaceutical residue reduction in the long residence periods and high temperatures of anaerobic digestion plants than even for sewage treatment.

A traditional activated sludge process Wastewater Treatment Works (WWTW) for example relies on a residence time of no more than about 4 hours. By comparison, a standard CSTR anaerobic digestion plant will hold its contents for a matter of 3 days and often significantly longer than that.

In the longer time period in a biogas plant, it has been found by researchers that a much greater reduction if pharmaceutical residue occurs.

After manure and slurry are digested in biogas plants, the remaining solids (technically known as digestate) are typically used as crop fertiliser, but the incidence of that output will be many times lower in pharmaceutical residues than if that same material has been spread as normal with no pre-treatment.

When the pharmaceutical residues from human use or livestock veterinary treatment are applied to the fields, the unmetabolized drugs and their biologically active metabolites that remain in the digestate may endanger the water environment.

Surface water can contain trace quantities due to the mobility of pharmaceutical residues. The same is also true for groundwater in the soil system.

The result which concerns the scientific community is that this may affect terrestrial and aquatic organisms as a result of leaching from the fields.

This explains why the presence of residual veterinary pharmaceuticals with potential environmental effects have recently sparked widespread concern around the world for a number of reasons.

What Do We Know About Pharmaceutical Waste Discharges?

It transpires that no single classical aerobic treatment technology is capable of fully taking care of the hazards emanating from pharmaceutical waste discharges.

We do know that the very diverse nature of the contaminants makes their removal complex and that the existing technologies have poor success rates for pharmaceutical residue removal.

However, one positive development from our better knowledge about just how ineffective pharmaceutical residue reduction can be from traditional water treatment methods has been an increased industry focus on preventable emissions.

You and I are another source of pharmaceuticals in river and stream water.

In essence, drugs that people take internally are not all metabolised in the body. The excess ends up in our wastewater as it leaves our homes and enters sewage-treatment plants.

Although it may appear surprising that these drugs could be found in streams miles downstream of wastewater treatment plants, many plants do not routinely remove pharmaceuticals from water.

In the podcast, Dr. Paul Bradley, a USGS research ecologist, discusses with Ray Douglas the USGS toxic substances research on emerging contaminants in rivers and streams. The information is relevant to the entire US, and worldwide not just South Carolina.

How Concerned Should we be about Pharmaceutical Residue Reduction?

Recent research has demonstrated that when larval zebrafish were exposed to wastewater discharged from treatment plants, their behaviour did not change. But this evidence needs corroboration.

Much more research is needed to understand how longer-term exposures may affect wildlife, according to AGA. In a separate 2017 study, Diana Aga's team discovered high concentrations of antidepressants or metabolised remnants of those drugs in the brains of numerous fish in the Niagara River, which is part of the Great Lakes region.

Wastewater treatment plants (WWTPs) have for some time been identified as a source of pharmaceutical residues such as antidepressants, antimicrobials, and active ingredients in over-the-counter medications.

Despite evidence of the ecotoxicological effects of these microcontaminants on exposed fish in aquatic systems, there is currently no regulation regarding the levels of pharmaceutical residues that can be released into the environment.

The removal of pharmaceutical residues varies greatly depending on the extent of treatment used in WWTPs.

A study compared the removal efficiencies of several antimicrobials, antidepressants, and other pharmaceuticals at various stages of the wastewater treatment process at seven WWTPs using various treatment technologies such as biological, physical, advanced chemical oxidation, and a combination of two or more of these technologies.

The biological treatment processes studied were found to provide negative to low removal (50%), whereas activated carbon and ozonation provided high removal (>95% overall removal) for 14 out of 15 and 9 out of 11 compounds detected in WWTP influents, respectively.

No Behavioural Changes Found – But Study was Narrow

Notably, as already stated above, the final effluents from the seven WWTPs investigated in this study did not cause any significant behavioural changes in zebrafish, indicating that, despite differences in removal efficiencies, all of the treatment processes investigated are adequate in preventing short-term biological effects.

Scientists do not fully understand the behavioural and ecological consequences that may occur when chemicals from human medicines accumulate in wild animals over time, according to Diana Aga and other scientists.

Though wastewater treatment plants were historically designed and operated to remove organic matter and nitrogen from used water, the new research and other prior studies show that these facilities could also be used to remove various classes of medicines.

But the anaerobic digestion process does it without any modification or ad-on tertiary treatment processes.

We conclude that because other studies conducted on AD plant digestates have shown that pharmaceutical residue reduction is much better from the anaerobic digestion process than acheved by the standard WWTW aerobic processes studied by AGA's team. 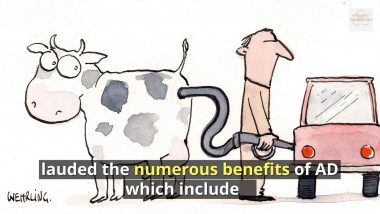 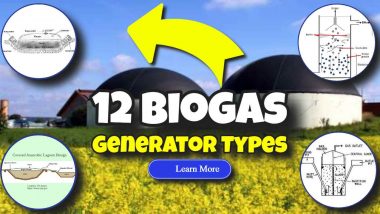