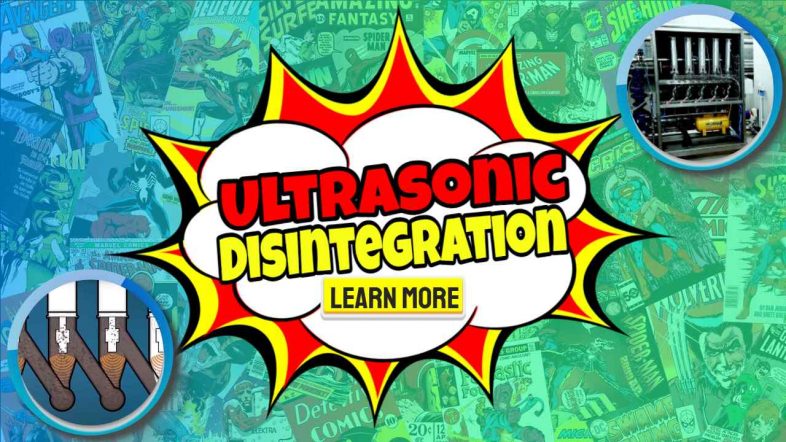 Ultrasonic Disintegration of biowastes especially sewage sludge is increasingly being used for the higher biogas output it provides from a relatively small and easily fitted device which provides a pretreatment stage before the digester tank at anaerobic digestion plants.

Ultrasonics are a powerful method to break up or disintegrate cells so that they are available to the microorganisms in a digester tank to make biogas. It is useful to use these effects in extracting intracellular material i.e. starch from the cell matrix. Ultrasonics generate alternating high-pressure and lower-pressure waves which act on exposed liquids.

What is Ultrasonic Disintegration and How Does it Work?

Ultrasonic disintegration is the breakdown of biogenic sludge into minute particles as a result of the action of external forces on it induced by high-intensity ultrasound waves. Tough cell walls in fibrous material are opened up and the contents of the cells are spilt out.

The increase in surface area that emerges from this allows the organic breakdown process to accelerate, resulting in an increase in the amount of biogas produced.

With more carbon in the feed material converted to biogas, the biogas quality is better in terms of its methane content with lower contamination (Carbon dioxide, hydrogen sulphide etc). This results in an intensification of the digestion process without the addition of chemical compounds.

It was at the Technical University of Hamburg-Harburg that the principles of ultrasonic treatment of biosolids were investigated. In the wake of extensive study, SONOTRONIC (which supplies Ing-Buse) has put the method into practice and produced a groundbreaking technology for the disintegration of biomass as well as the sterilisation of a variety of media.

In order to improve the soluble chemical oxygen demand (SCOD) of sewage sludge and other feedstocks for anaerobic digestion, ultrasonic destruction is used as a pretreatment process.

The benefits are many according to Ing-Buse, a company that specialises in supplying and maintaining ultrasonic disintegration pretreatment systems in biogas plants. These are designed not only for sewage sludge treatment, but also for agricultural feedstocks such as manure, and general crop wastes.

The reasons why biogas digester operators are using ultrasonic disintegration before their digestion stage, in the end, all come down to higher biogas plant operational stability and most importantly higher profits.

The benefits that Ing-Buse has found are:

It is known that microscopical cavities in the liquid exposed to ultrasonics emerge during the negative pressure phase, which will eventually collapse during the succeeding positive pressure phase. Cavitation is the term used to describe this phenomenon. Strong impact and shear forces are generated in the area immediately surrounding the cavities as a result of the implosion, which releases high pressures and temperatures.

These forces cause the microorganisms in the surrounding area to disintegrate improving anaerobic stabilization during the digestion process. 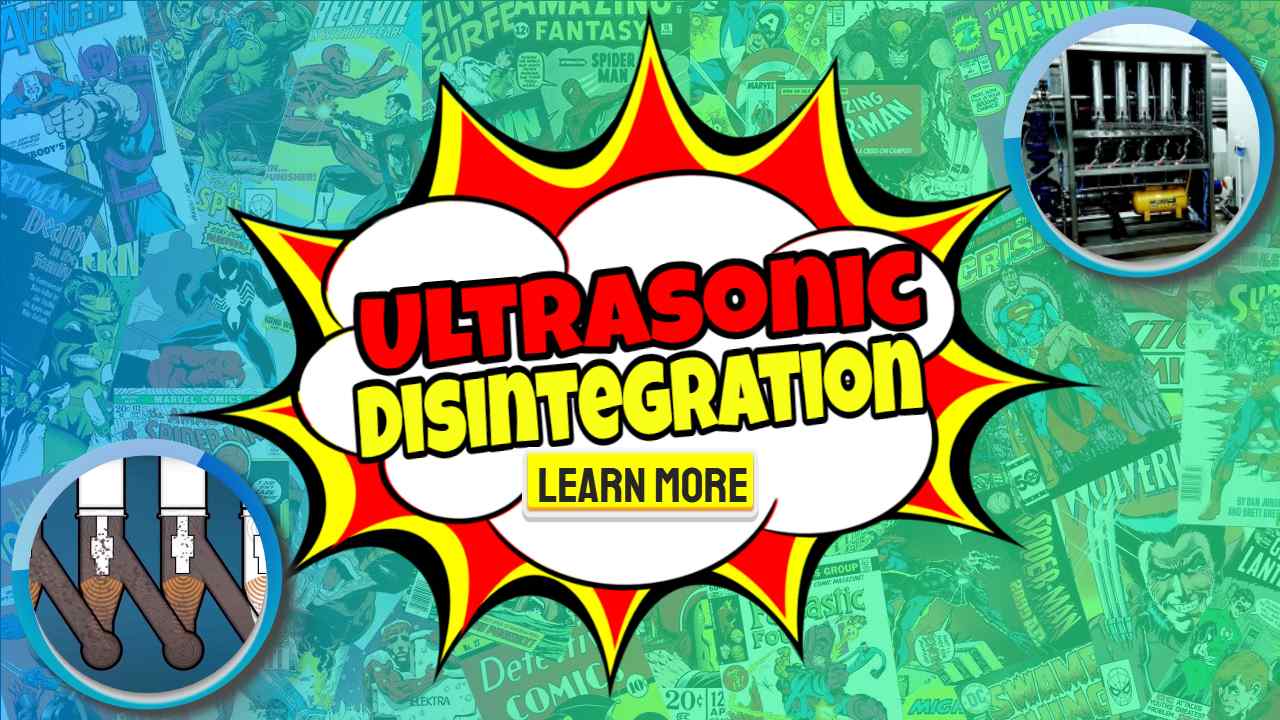 Up To 15% Increase Of Biogas Yield

Existing AD plant operators regularly report up to a 15% increase in biogas yield soon after adding Ultrasonic Disintegration pretreatment to the existing biogas plants. The energy used by these ultrasonic devices is low so this increase is almost all without incurring extra costs and will go to the bottom line in plant profitability.

It is well recognised that biological cell lysis is the rate-limiting phase in the breakdown of anaerobic biosolids.

Low-frequency ultrasound is used to disintegrate bacterial cells in sewage sludge by creating shear pressures that break apart the cells. As a result, the amount of organic substrate dissolved in water increases. The degradation rate and biodegradability of organic biosolids mass both improve as a result of this method. Fundamental pilot studies revealed that biosolids breakdown was greatly hastened, resulting in significantly less digested sludge being created.

Up To 15% Reduction Of Input Substrates

For those biogas plant operators that buy their feed wastes a decision to buy 15% less feedstock can be a strategy that will raise the profitability of the biogas process while still providing the same biogas production.

Improvement Of Viscosity In Fermentation Tank

By lowering the viscosity of any digester the energy required for mixing and pumping falls.

Other benefits of ultrasound pretreatment also include:

It is ultrasonic destruction that is quickly becoming the most widely used technology for intensifying anaerobic digestion in sludge treatment due to its capacity to increase sludge stabilization and bulk reduction, as well as improve its dewaterability and ensure hygienization.

It is typically regarded to be one of the most significant environmental challenges facing the world.

Reduced Wear On Agitators And Pumps

A lower viscosity means that the mixers, any agitators, and the system pumps which move the substrate and then the digestate through the process don't need to work as hard. As a result of ultrasonic disintegration of excess sludge obtained in disintegrators of different constructions, they wear out less often and may need to run for less time each day.

For example, a mixing pump may no longer need to run continuously in which circumstances the power which is drawn while running may be lower, and that saving may be added to the reduced daily run time to assess overall return on investment.

By bringing together all the cost-saving and profit raising benefits of Ultrasonic Disintegration the period spent waiting for a return on investment is usually short, especially when compared with other methods commonly used in the biogas industry to raise the yield of renewable methane.

The investment return period will always be quickest for large digesters which process the most “intransigent” feedstocks requiring the longest residence times without cell destruction pretreatment. Sewage sludge is the front runner in that respect closely followed by manure slurries containing a lot of straw and woody fibre.

The longest payback period for installing an Ultrasonic Disintegration system would be for a fresh feed material which mostly comprises dissolved BOD with less ability to further raise the soluble organic compounds and COD.

Further advantages of Ultrasonic Disintegration pretreatment of biogas substrates are:

It has generally been agreed that the adoption of EU Directives on wastewater management in urban areas has resulted in the development of novel waste treatment technologies, as well as improvements in the effectiveness and efficiency of biological wastewater treatment.

Consequently, the amount of wastewater sludge (waste activated sludge) produced has increased as a result of these Directives. However, the significance of this is particularly acute because of the potential health dangers associated with the usage of sludge for environmental and economic goals. In 2020, it is estimated that the amount of sewage sludge produced in the EU will reach 12,999,000 mt, with 900,000 mg of Total Solids (TS).

Renewable energy and non-geologically derived fertilisers have become increasingly essential in recent years, and the use of sustainable biomass to generate these products has become increasingly vital. This is one of the reasons why microalgae are receiving so much interest. They are capable of converting biofuel feeds into fuels by devouring the nutrient-dense microalgae. Fermentation techniques that use algal carbohydrates to produce biofuels from biogas can result in the production of extremely good biofuels and biogas.

The physicochemical changes of sludge characteristics (parameters) were monitored before and after pretreatment as:

In the case of anaerobic digestion the expected effects are significant for biogas production and are reported as in our paragraph; “ultrasonic disintegration and how does it work?”, above.

The ultrasonic disintegration of excess sludge is installed after the mechanical thickening but before the digestion tanks in order to speed up the process of sludge stabilisation and to reduce the amount of sludge produced.

Several factors influence the results acquired immediately after ultrasonic disintegration, which can be divided into two categories:

While conducting ultrasonic pretreatment with waste activated sludge under constant energy supply per sludge volume, low power, extended sonication time, a wide surface area of the emitter, and an increase in the temperature of the sludge while conducting the process are the most favourable conditions.

What is ultrasonic processing?

Ultrasonic processes have emerged from the food industry. When ultrasound is applied through liquids, bubble nuclei grow in bubbles formed and are collected for diffusion by bubble coalescence.

This environmental engineering technology also has the advantage of being able to increase environmentally friendly energy generation while simultaneously reducing the quantity of waste materials that must be disposed of, as is the case with wastewater treatment plants. It follows that using ultrasound treatment (a.k.a. ultrasonic treatment) for municipal and industrial wastewater treatment and biogas plant operators shows to be an incredibly sensible use, both economically and environmentally.

The ultrasonic disintegration of sludge surplus has a direct influence on the breakdown of sludge floc (sonod spergation effect) and the destruction of the cell membranes of microorganisms that are involved in floc formation. As a result, liquid sludge releases organic material into the environment (the sonolysis effect).

Find out more from Ing-Buse 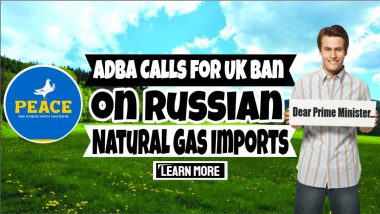 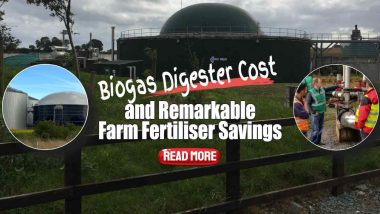