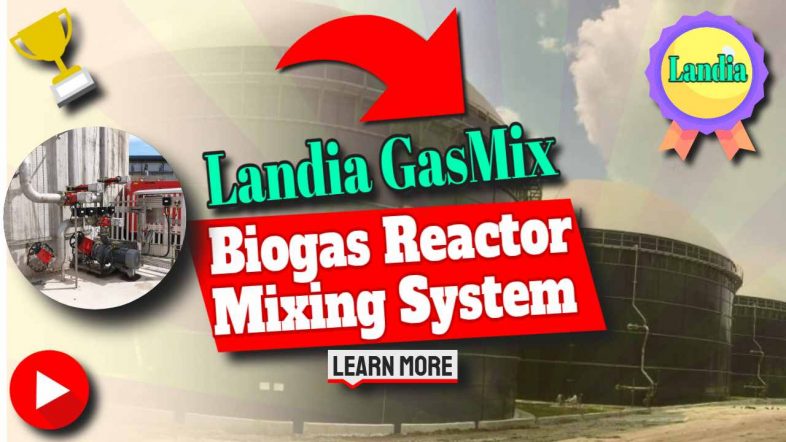 Here is an update to the Press Release we published about the Landia GasMix Biogas Reactor Mixing System award back in 2016. We are pleased to inform you that Landia received two “Highly Commended” Honours on its first attempt at the prestigious UK AD & Biogas Industry Awards of that year.

Landia the creators of the Chopper Pump and Gas Mix digester mixing system are the firm to go to for all of those difficult-to-manage wastewater applications.

We have retained the original 2016 Press Release below. Back then it was all about an AD plant in Australia and another in Dorset in the UK, as follows:

Landia was commended by the independent panel of judges for its significant role in the first renewable energy facility of its sort in Australia, in honour of the performance of its GasMix digester mixing equipment at that AD Plant.

GasMix also decreases viscosity by 30% (as measured by the University of Aarhus in Denmark) and is energy-efficient, often only requiring to operate for 7-10 minutes each hour, consuming just one-sixth of the installed power.

A total of four Landia GasMix systems feed two 2500m3 digesters, with 18.5kW chopper pumps producing 700m3 gas each hour. Total mixing is accomplished by the use of precisely angled recirculation nozzles. In comparison to many energy-burning systems that must run continuously, Landia's GasMix in Piddlehinton only has to run for around 10 minutes every hour. Despite employing 18.5kW motors as opposed to standard 7.5kW submersible ones, GasMix has been found to consume 50% less energy than the prior system.

Watch our video below which explains exactly how this mixer system works:

The original 2016 Press Relase is provided below:

(May 2016): Pump and mixer manufacturer Landia has been shortlisted for no fewer than five top industry awards by ADBA, the Anaerobic Digestion & Bioresources Association.

Landia’s GasMix digester mixing system has been nominated for the ‘Innovation in Sewage Treatment through AD’ award for its performance at the Irish Water site run by EPS Water in Tullamore Ireland.

For a major new installation in Western Australia, Richgro (which uses Landia’s GasMix) is among the finalists for Best International Commercial Plant’, with Landia also part of the ‘AD team of the year’ category for the same site.

Landia’s GasMix is part of the ‘Best Process Optimisation’ category for boosting gas yields by over 12%.

“This is the first time we’ve entered the ADBA Awards, so it’s quite a feat to get shortlisted for all five that we put forward,”

“These nominations are a great achievement in themselves”,

“To win an ADBA award would be really special”. 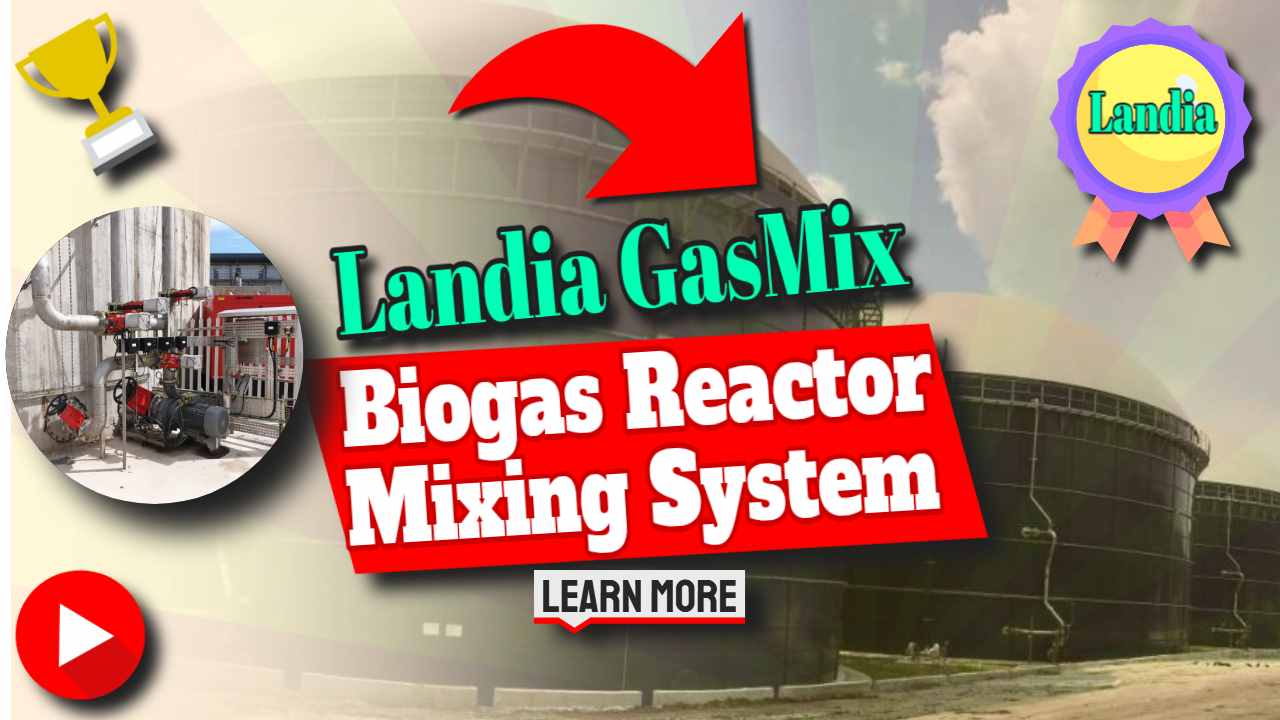 Case Studies About the Landia GasMix

In the following sections, we have compiled summaries of Gasmix installations worldwide.

How Landia GasMix Works for Wastewater and CSTRs

The Landia Gasmix mixer improves Wastewater Plant and Biogas Reactor efficiency by providing a unique 3D mixing action. This with its included Chopper Pump also macerates large particles and pieces of crust also known as “hard-pan”. Hard-pan may build-up, on the top of the biogas reactor tank, within any biodigester and can be a real problem without a good mixer.

Not only that, but this mixer has a venturi aspirated biogas mixing cycle that helps with purging and general mixing/crust breakup by using stored biogas from above the tank.

Because the unit's mechanical components are placed outside the tank, it is not required to access the tank during mixer maintenance. There are, of course, economic benefits in addition to the safety benefit of never having to open a tank of dangerously explosive gas.

During a Gasmix system servicing, for example, biogas production can continue uninterrupted.

Landia digester mixing systems have been installed in China as part of the Luannan Agri and Biogas projects.

Cannington Bio-Energy also benefited from Landia's enhanced digester mixing technology, which improves biogas by 20%, according to the company.

Luannan County, which has made a substantial commitment to China's agricultural development. The biogas factory, which is roughly 250 kilometres east of Beijing in Luannan County, has already generated a total yearly value of more than €348 million from about 13,000 hectares of land.

Landia's Gasmix system will be placed on six digesters (7,500 m3), using sand-laden chicken dung and cow manure as major feedstock, to meet the rising demand for dairy products in China.

As new pumps went to operate, the greaseballs vanished. Landia and Cambi have contributed to a significant increase in biogas generation for the Saudi water sector.

In England and Wales

Landia UK has supplied systems throughout.

We have previously reported on how biogas digester mixing for palm oil mill effluent (Pome) fed continuous stirred tank reactor (CSTR) biogas plants in Asia. These will were fitted with Landia Gasmix mixers, which are well-known in the industry. The significance of AD plant mixing is already becoming recognised throughout Asia.

Following the success of its chopper pumps at a food waste to energy plant in Chino, California, ES Engineering, a full-service environmental engineering consultant and contractor, has installed Landia's Gasmix system to assist in improving gas output from the facility's two anaerobic digesters.

Four 15,000 gallon tanks collect macerated commercial food waste from diverse sources, and the biogas factory can convert up to 200,000 gallons of liquid food waste per day to sustainable energy.

At the Downers Grove Wastewater Treatment Center in Illinois, the Landia Gasmix digester mixing device improved biogas output by around 20%.

The externally mounted Landia system's improved mixing of the digester has boosted the destruction of volatile solids from about 55% to 65% carbon destruction.

An external 49 hp Landia Chopper Pump pulls sludge from the 460,000 Gallon main digester, where it has been placed. It decreases particle size before pumping via an aspirating venturi nozzle.

Landia has, as previously described, cliched a major new order for its biogas digester mixing system.

The Landia chopper pumps, which include an external knife system to prevent big particles from entering the casings, manage incoming food waste at the $18.5 million biogas plant, which supports the FCPC's objective of being energy self-sufficient through renewable, carbon-neutral resources.

The facility, which processes up to 120,000 gallons of high-strength waste per day and generates up to 2MW of energy, is located close to the FCPC's Potawatomi Hotel and Casino in the Menomonee Valley (enough to power 1,500 homes).

Landia showed the durability of its technology more than a decade after it was installed in a major wastewater treatment plant in Kansas. It accomplished this by assisting its customer in restoring the original installation to full functionality.

Landia erected ten of its model POP-I 4.9 HP 180 rpm submersible mixers in the anoxic basins of a WWTP in Kansas State in 2004, which, along with its sister treatment facility, can treat 28 million gallons of wastewater per day.

The WWTP chose to employ a local motor repair shop instead of Landia, which elsewhere supplies (as standard) comprehensive operation and maintenance support by its trained service experts.

This poor maintenance practice was only recently discovered when Landia and other manufacturers were invited to submit bids for the replacement of three mixers.

Landia quickly called the plant manager, who determined that the sole reason the mixers weren't performing as well as they should have been, due to the use of low-quality replacement parts during maintenance.

Consider the long-lasting Landia mixers at St Andrew's now. They were astounded at how quickly they could rip through the muck!

The technology was chosen because of its dependability, increased gas output, and ease of maintenance.
The externally mounted GasMixTM digester mixing equipment from Landia. It is proven to be an important component of EPS Water's design-build-operate (DBO) package at this plant.

Not Gasmix this time but a Romanian waste-to-energy plant to benefits from Landia pasteurizers.

Pumps manufactured by Landia have addressed a clogging problem at an important pump station in Nuuk, Greenland's capital city (population 17,500).

Existing pumps were regularly clogged by items like as wet wipes and sanitary products, a typical problem globally, even in this metropolis that is home to one-third of Greenland's population.

The problem was immediately remedied after plumbing firm HJ-TEK A/S installed two Landia immersed chopper pumps in the pump well. This Landia Chopper Pump, which has a revolutionary knife mechanism, is already proving to be highly dependable, with the added benefit of lowering energy consumption at the pump station by half.

Landia's easy-to-install POP mixers are designed particularly for mixing slurry with a high solids concentration. They come in motor sizes ranging from 3.0 kW to 30 kW.

Landia claims that it continues to develop new and efficient products and solutions based on its over 90 years of expertise.

It strives for continual improvement by collaborating with its clients to achieve new heights. When you collaborate with Landia, you'll be working with a strong team of dedicated professionals that are focused on what matters most in these days of scarce global resources.

Good solutions that fix your problem for the least amount of money are their aim. They are just as eager to restore old equipment as they are to offer fresh new ones.

Their equipment is practically legendary in terms of its durability. In the late 1980s, Landia began supplying mixers to sewage treatment plants. Many of these are beyond the age of 25, and others have been in operation for more than 30 years. And they're still running every day. That's what I'm talking about when I say “real sustainability.”

They have kept up with the times' thanks to constant follow-up, testing, and research, and now routinely provide energy-efficient products with a service life considerably beyond typical. 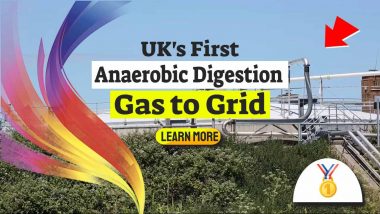 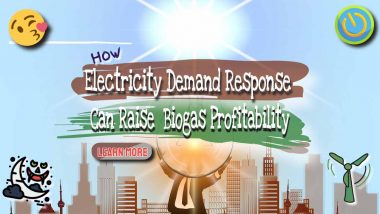