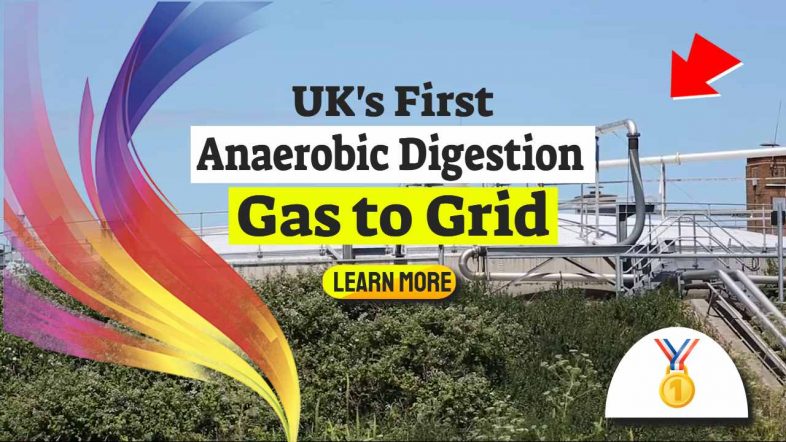 Anaerobic digestion biomethane “gas to grid” (Biomethane Gas-Main Injection in England) has in the last 5 years become more popular for new biogas plant installations than the previous favourite of “electricity to grid” installations.

We predict that this trend from “biogas generators” to “biogas upgraders” (producing high purity biomethane) will continue and that gas to grid AD plants will soon also be operating in Scotland and Northern Ireland.

Gas to grid in England has been a reality for over 5 years. So it is surprising to read the EdieNet article which attributes a gas-to-grid connection first in 2020 to the Murrow Anaerobic Digestion (AD) plant in March, Cambridgeshire.

It's easy to forget that gas grid connections were pioneered as recently as 2015 in the UK as they seem to be commonplace now. The earliest agricultural biogas plant, that we are aware of, to start injecting their biomethane into the natural gas grid was that operated by Wyke Farms.

The following was announced in FarmingUK Magazine:

Wyke Farms produces its biogas from an on-site anaerobic digestion (AD) facility that transforms 75,000 tonnes of biodegradable garbage from its farm and neighbours into electricity each year.

Among the wastes are farmyard manure, slurry, dairy washings, and apple pomace, to name a few. Each unit of green gas pumped into the grid replaces a unit of conventional fossil-fuel gas, which can then be purchased by companies or consumers.

Currently, biogas is utilised to power the cheese dairy, making the firm the first national cheddar brand in the UK to be completely self-sufficient in green energy.

Our original post on this subject which we originally published in December 2016 follows:

In a move toward sustainability, Britain now has its first Anaerobic Digestion Gas to Grid project up and running, with the Severn Trent Minworth Biogas plant being the nation's first to inject biomethane into the UK's natural gas grid.

This is a major development. Severn Trent Water, are a major water and waste utility situated in the middle of the UK. They are now very much a leader when it comes to delivering Anaerobic Digestion gas to the grid. They run their operation from the Midlands. They serve the area around Birmingham, and also out into Wales.

A major part of their business that they're growing at the moment is renewable energy production. They have a number of UK anaerobic digestion plant sites. 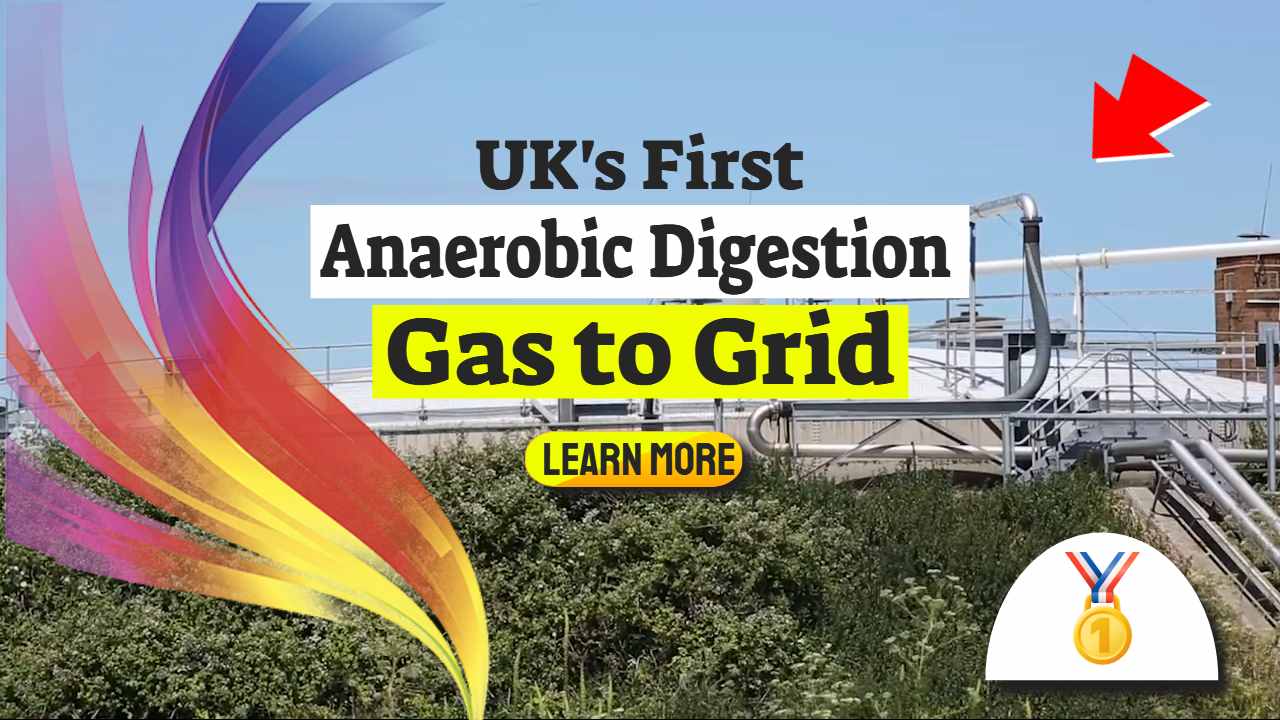 These total around about 35, and are installed across the UK Midlands where they treat sewage sludge. They utilize the sludge to create electrical power by making use of Combined Heat and Power (CHP) engines. The engines generate electricity from the biomethane which their anaerobic digestion plants produce by upgrading their biogas output.

At their site in Minworth, they have been generating biogas for about 50 years from anaerobic digestion of their water treatment works sludge. However, nowadays they use the digestion processes on-site to produce biogas that is further purified and compressed so that it can be directly injected into the UK's national natural gas grid.

The technique is called “Anaerobic Digestion gas to grid” and it is greening the UK natural gas grid with gas consumers able to buy this “Renewable Natural Gas”.

For many years they have actually fed the biogas out into CHP engines that have actually allowed them to generate electrical power. This was previously only used to power the wastewater treatment site itself, and feed the regional electrical energy grid with the surplus power.

However, since 2011 they have established a better (more efficient and more sustainable) alternative to this and started by looking at updating their biogas systems and injecting it out into the National Grid.

The gas to-grid injection is done through the nearby natural gas main in the road outside the AD Plant.

The Severn Trent site at Minworth was the first to upgrade biogas from sewage treatment works, to provide Renewable Natural Gas (RNG) to the gas grid. They do not have a great level of control over their feedstock and exactly what's entering the Wastewater Treatment site. The result of that is that the biogas contains some substances which are impurities, and these cannot be injected into the natural gas main.

So they have a number of procedural actions that they've put in place to treat that gas and create the maximum effectiveness. In the primary step, they will look at removing a lot of the unstable natural compounds that they have in the gas that's coming off their digestion plant.

The anaerobic digestion plant is quite old. It's a basic mesophilic digester. It produces biogas that can consist of impurities. One unwanted compound is low quantities of siloxanes which trigger problems for combustion plants.

Impurities Must be Removed to Produce Anaerobic Digestion Gas to Grid

These cannot be allowed to go into the gas supply network, with other substances from deodorants that they might find in hair shampoos or shower gels that could cause an impact on the gas as it moves through the system and is used. Severn Trent Water engineers eliminate these impurities with an activated carbon treatment system at the front of the procedure. That means that they can proceed with the real task of upgrading the biogas.

This is done, as elsewhere at the growing number of other anaerobic digestion gas to grid (biomethane) wastewater treatment (sewage works) sites around the UK. At Minworth, they have decided to make use of a water scrubbing plant. They have done this since they've seen it running on a variety of anaerobic digestion gas to grid sites on the continent where they were able to see the sewage sludge being bio digested. They were also able to see it being upgraded in volume, at the flows and the quantities that they desired.

There are a variety of innovations that biogas digester operators can use, but because of the irregularity of the quality of their feedstock and the variability of the biogas that they produce, the water scrubber is the most resilient technology to use to clean up their biogas. It has worked well, and they have found it to be an excellent addition to their portfolio.

At Minworth Wastewater Treatment Works they were also the very first site in the UK that injected “anaerobic digestion gas to grid”. It is injected into the regional transmission system. That implies that the gas must be pressurised to the National Grid's somewhat higher pressure system of in-between 15 and 20 bar gauge pressure.

Upping the Pressure to Push the Biogas to Grid

What that needed was for them to introduce new compression plants onto the site and brand-new gas quality monitoring equipment was also added to keep a check on the biogas (biomethane) quality achieved. Once they've cleaned that biogas and they've got it to around 97/98% methane, they then compress it before they pump it out into the National Grid.

This gas is now 100% ready to enter into the grid and they have the necessary gas quality monitoring system where they run some checks and keep track of the quality of that gas continuously. They must be absolutely certain of the high quality of that biomethane prior to passing it under the roadway into the local transmission system.

National Grid take it away from there for usage in the domestic network, so they now get a considerably higher performance as far as energy efficiency and sustainability than they've had the ability to attain previously.

The biomethane upgrading process has actually been an exceptionally successful addition to their energy portfolio. At the time of writing (recording their video), they had run it for nine months with very few problems subsequent to completing commissioning. In fact, they report that they have injected around about 40GW hrs of eco-friendly biomethane gas.

This gas is roughly enough to heat 3,000 UK houses, but exactly what they utilize it for is reducing their gas usage as a company and they now intend to be entirely self-adequate in the gas that they utilize to run their entire utility service every day. 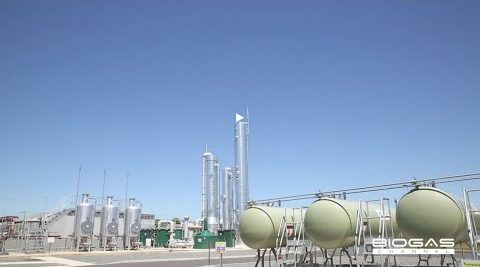 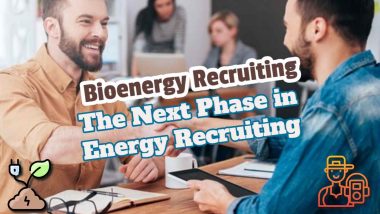 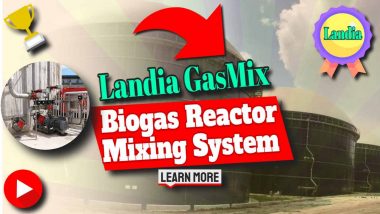