Looking back at our March 2013 article when UK Anaerobic Digestion Plants exceeded 100 and we thought they were hitting trouble, by causing environmental problems. With hindsight, (in November 2019) we can see that we were wrong.

Yes, of course there have been teething problems with new biogas plant owners. Some started out, not appreciating the harm biogas tank leaks can cause. But we argue that they have been quick to learn not to pollute, and the record of the AD industry on this, is now satisfactory.

The growth of AD since that day in 2013 when we marveled at the first 100 AD installations, there has been a amazing over 6 fold increase, to 650 today as shown by our graphic image below:

What has also become evident since, is that there is a much larger quantity of biomass which will become available as the UK moves into being a “circular economy”.

The UK will not be following Germany where although they have several thousands of biogas plants, most use maize crops.

Nowadays, the use of food crops to make energy is frowned upon, as it could conceivably raise food prices in a competitive market.

But it matters not! Food crops are not needed if the feed source comes from waste. and, that's where the new biogas facilities will get the “energy food” known as “digester feedstock” from.

The good news for UK Anaerobic Digestion Plants, is that themagic number of 100 anaerobic digestion plants in the UK has now been exceeded.

In fact, if you visit the AD Info “Official Anaerobic Digestion” website, you will find that their list of 100 does not include a number of categories of AD Plant, such as Water Company sewage sludge fed plants. That means that the true number is probably more like 125 already, plus even within their categories we know of several unlisted digesters. 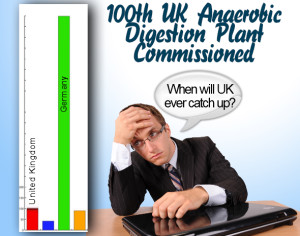 Even so, the UK is still a long way behind Germany and other EU states, so we maybe should not be proclaiming this achievement at all? On balance I think the UK is right to give itself a small pat on the back. But, let's not forget that Germany has two to three thousand AD Plants in operation. Yes. That is thousands!

And yet, the proportion of UK plants that are organic waste fed, as opposed to energy crop, is vastly higher than in Germany, and that in itself is arguably far better. It is better for the environment and the avoidance of potentially reducing food production and raising food prices. So, the UK AD industry is correspondingly much “greener”.

The following is the press release that prompted this article:

“The number of anaerobic digestion (AD) plants in the UK – excluding waste water plants – has passed the 100 mark. via www.mrw.co.uk-news

But, unfortunately, as the UK biogas industry is expanding it is also beginning to hit trouble with odours and pollution. The Poplars Landfill Anaerobic Digestion Plant was last week in the News for continued odour complaints from local residents. Hopefully, that will be a thing of the past , after the plant operator brings in new measures to combat those odours this month.

Watercourse pollution is the “trouble” which one AD Plant operator has been “hit” by. Yet, one wonders whether the method being used for pumping the digestate at the time was wise, given the risk from pollution.

The following is an extract from the article, to which we refer:

“The pipe had broken free while digestate was being pumped from the anaerobic digestion plant. The pollution flowed into a trench and eventually into a stream which flows into the River Parrett. Approximately 60 tonnes of liquid digestate was lost …” via Somerset_Fine

The River Parrett is slow-flowing through the Somerset levels so the potential damage to river ecology is large. 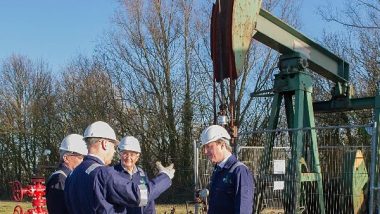 Shale Gas in the UK: Not Needed Just Move Funding to Biogas Production 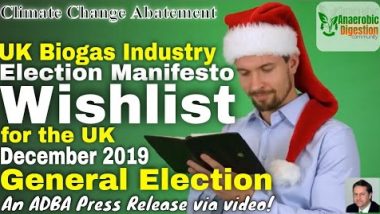