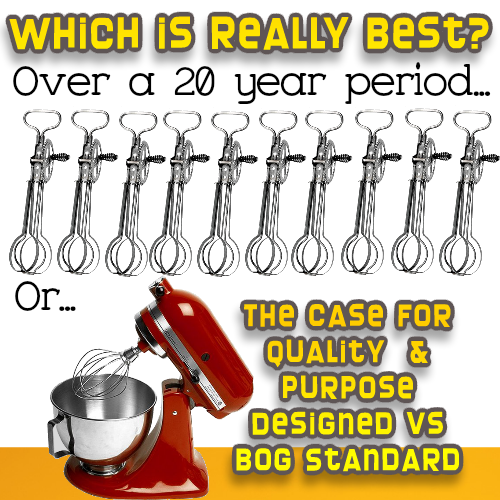 Landia has been successfully installing digester tank mixers, namely their GasMix product, since we last posted an article about our sponsor's product in the summer of 2014. 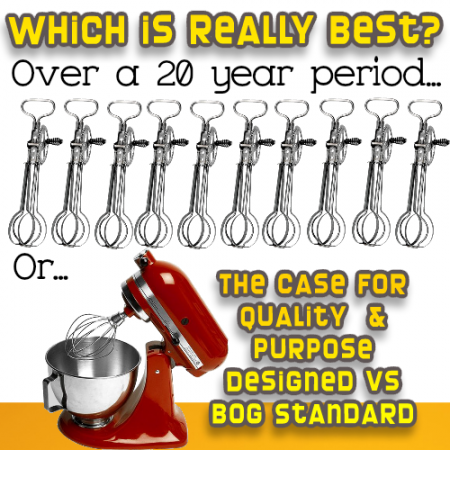 Now Landia has joined exhibitors offering improved water industry anaerobic digestion plant efficiencies of up +30%, from the use of their products and expertise.

That's quite a pledge to live up to and yet these exhibitors each have the track records to back-up their claims, making attendance at this year's ADBA Biogas Show worthwhile, in our opinion for very many people involved in the anaerobic digestion industry.

Water industry anaerobic digestion (AD) plants can improve efficiency from 10% to 30% – according to key exhibitors at the UK AD & World Biogas Expo 2018 (biogastradeshow.com) which took place on July 11tth & 12th 2018 at Birmingham’s NEC.

Charlotte Morton, Chief Executive of the Anaerobic Digestion & Bioresources Association (who are organised the expo in partnership with the World Biogas Association) said:

“Based on what we’ve seen with farm-based and food-waste AD plants, even when a digester appears to be steadily ticking along, some fine-tuning or retrofit of the mixing system can produce much better gas yields.

“In addition to more gas, technologically advanced mixing systems that will be on display at the expo can drastically reduce maintenance and energy costs.

“Improved monitoring can also bring about a positive difference to a digester – and with the possibility of mixing sewage sludge with food waste in the future, UK AD & World Biogas Expo 2018 is the perfect place to learn more about enhancing digester performance”.

Paul Davies from mixer and pump manufacturer Landia, who sell their own digester tank mixers, agreed:

“Based on the increasing number of retrofits we carry out in the AD sector, there is clearly a demand to reach optimum levels of AD operation – especially as a mixer retrofit doesn’t have to mean draining down the tank”.

“Numerous farm and food waste AD operators are already seeing the benefit of fine-tuning their equipment, so there is a real opportunity for the water industry to review its renewables/ biosolids operation – which can pay back in a short time-frame.  We are ever-presents at the expo, which is totally focused on biogas. It is the best place to catch up on all the latest industry news, seek out advice and talk directly to equipment suppliers”.

Davies also stated that many mixing systems may have 7.5kW motors, but that in most cases, these are running flat out, using 180 kW hours per day.

For what he describes as ‘complete mixing of the whole digester’, Davies suggests AD operators consider 18.5 kW motors that only have to run for 10-15 minutes per hour, using just 110 kW hours per day.

Featuring more than 200 exhibitors from all over the world – and 100-plus speakers, over 3,000 attendees are expected at UK AD & World Biogas Expo 2018, now in its ninth year. Register now for free at: www.biogastradeshow.com

The following was our initial article on the subject of Digester Tank Mixers, which was posted in June 2014: 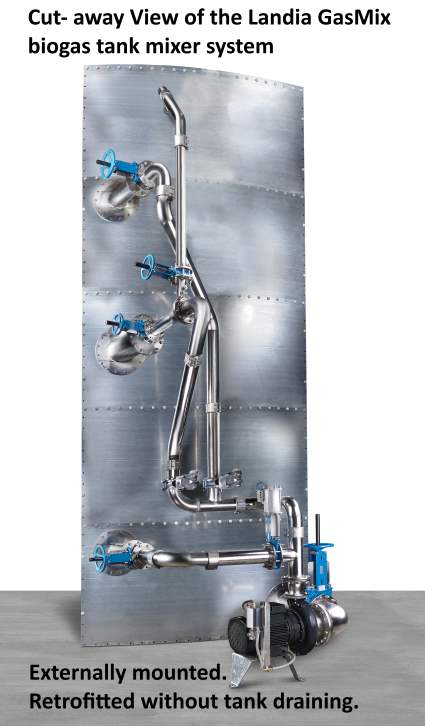 Landia, the Danish-based water treatment equipment manufacturer which also provides a full installation and maintenance service on their products [including Digester Tank Mixers], has spoken out about mixing problems.

Landia has seen very many anaerobic digestion plants in recent times, and they are apparently witnessing the presence of an increasing amount of improperly shredded food waste. That material is adding to the inevitable additional contaminants in domestic-green-bin-waste already present, and is causing problems for many AD Plant operators in inefficient digestion and lost biogas production.

They feel strongly that only the very toughest pumping and mixing equipment, which has been designed for the purpose, can meet the industry’s demands (their GasMix digester tank mixers being there offering).

“Mass-produced, bog-standard propeller mixers don’t last very long at all in AD environments”, says Landia’s Paul Davies. “We now see some operators just running their [competitor's] pumps, and digester tank mixers, into the ground. They do that because it’s actually cheaper to replace them completely than get at them to carry out maintenance. This can be the case for any type of mixing system that doesn’t allow you to carry out a service from outside the tank. Externally-mounted units have huge operational and safety benefits. Everything is at ground level, so there’s no working at heights. Nothing is in the gas-zoned area, so there’s no need for breathing apparatus. To maintain equipment such as submersible mixers, there’s no option other than to climb up, peel back the lid of the digester and purge the tank, which is extremely costly and time-consuming”.

“Small submersible mixers [provided by other suppliers] will often be running flat-out, lasting two years or much less – compared to a chopper pump that can last 25 years. You’d think energy savings would be at least part of most AD operators’ decision making, but that’s not always so. Three 30kW pumps doesn’t automatically mean 90kW hours because they might only need to run for a maximum of fifteen minutes per hour”.

Davies also pointed out that the rising quantity of acidic food waste, which is now very often being included as feedstock, can be corrosive to lower initial cost cast iron equipment, and that food waste that contains plastics from packaging can also cause problems without the right processing, or sufficiently strong pumps and mixers to handle it.

“Over-shredding of plastics will make particles too small to be screened out”, he says, “But under-shredding can create a floating mattress of plastic in the digester, which will see gas production reduce and then eventually have to stop so that someone has to go in manually and remove it all. AD plant process downtime isn’t something you want. Lost revenue can amount to thousands of pounds per day – and a problem with fulfilling your contract to the energy provider”.

Landia GasMix is already in use at Cory’s first AD plant.

What Others Say About Digester Tank Mixers:

If you are still not convinced of the importance of proper anaerobic digester tank mixing, take a look a the following excerpts from other sources on the internet. You should follow the links provided to each source and come to your own conclusion, but ours is provided.

Well, in truth we have borrowed the text for our conclusion from another expert source!

Please do, go and visit the other sources provided. They are provided here for the use of our visitors, but we have only included excerpts to encourage readers to visit the full articles – and all sources are attributed. We have not added these excerpts to in any way detract from their published information, simply to encourage all our readers to do their own research, and improve the efficiency of all AD plants, if inadequate mixing is occurring.

Disposing of wastewater sludge has traditionally been done using methane digesters, which break down the waste into an easier-to-dispose-of material.

Organic waste from cattle and pig herds is increasingly being used by farmers and ranchers to generate biogas.

Mixing systems for high-rate AD reactors are typically designed to achieve a specified percentage of active working volume, typically defined as the total volume of the reactor minus an allowance (usually 10%) for the floating scum layer, and the inerts layer at the bottom.

Mixing systems try to minimize the sizes of these two capacity-stealing layers.

In short, the two basic reasons for mixing digester reactor contents are to:

1) Maintain the integrity of the decomposition process by improving circulation and consistency (physical and thermal) in the reactor; and

2) Minimize the volumes of the scum and grit layers by keeping these fractions dispersed in the substrate. More energy is needed to keep heavy solids in suspension than to homogenise the reactor contents.

Reactor contents can be mixed with recirculated biogas gas, recirculation of the digester contents with a pump and system of nozzles, or mechanical agitation. Each has advantages and disadvantages. There are a number of design criteria for mixing systems used by different digester designers. These include power input, velocity gradient, and turnover time.

Power input (measured in horsepower per 1,000 cubic feet, or hp/1000ft3) is based on the observation that mixing efficiency and power input are closely related. This depends on the actual configuration of the digester tank mixing system and on the efficient distribution of the power supplied through the entire tank volume. Using digester tank mixers, typical values for power input are 0.2 to 0.3 hp/1000 ft3.

Mixing strategies during normal operations can be either intermittent or continuous. Intermittent mixing can use less power, but with continuous mixing, mass and heat transfer to the microbes is enhanced, similar to continuous versus batch feeding of the substrate to the reactor. For thicker substrates, a greater proportion of mixing time is recommended as the dynamic energy losses will be higher.

According to The University of Aarhus, findings from an extensive study suggest that an externally-mounted GasMix system increases methane production by almost 11% in a digester treating agricultural residues.

The study also showed that viscosity was decreased by more than 31% when digester tank mixers in the form of Landia’s GasMix were used in a heat exchange tank treating agricultural residues prior to anaerobic digestion.

This greatly reduced viscosity input from the heat exchange tank allowed for a 12.5% reduction in downstream reactor mixing times, equivalent to a saving of 210 kWh per day in electrical consumption. via More Methane and Energy …

A Conclusion to our Review of DIGESTER MIXING SYSTEMS

Although some natural mixing occurs in an anaerobic digester because of rising sludge gas bubbles and the thermal convection currents caused by the addition of heat, these levels of mixing are not adequate to ensure stable digestion process performance at high loading rates.

It is therefore necessary that digester tank mixers be installed to create a homogeneous environment throughout the reactor, so that the digester volume can be fully utilised.

Such mixing will lessen temperature stratification, reduce grit settling, and control the formation of a surface scum layer. 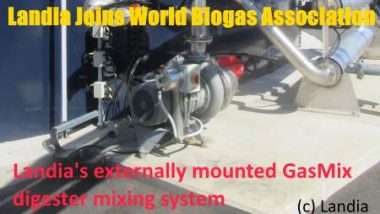