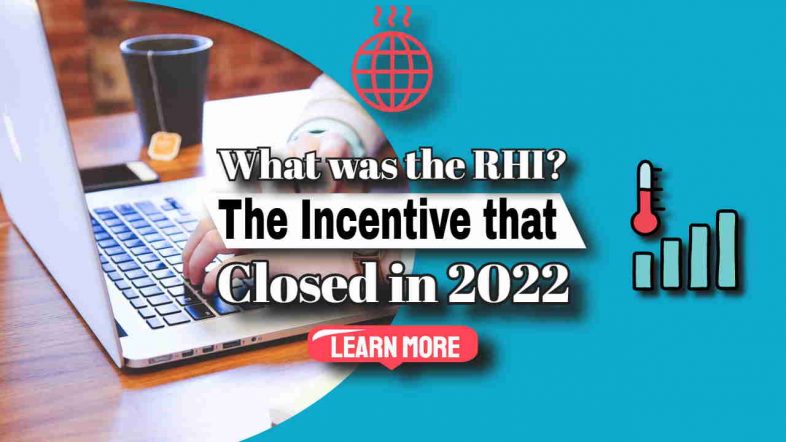 What was the RHI? The UK Renewable Heat Incentive that Closed in 2022

So, what was the RHI? “RHI UK” is shorthand for Renewable Heat Incentive, a government subsidy that closed in 2022.

The UK's Renewable Heat Incentive (RHI UK) was introduced to help kick-start the transition to low-carbon heating in the UK, giving help to all in moving from conventional forms of heating to low-carbon alternatives.

Although you would not know it immediately by looking at the government website the RHI was not only available for home installation of heat pumps and similar applications, it was also available to biogas plant operators. It was, and still is being paid to those that applied before the closure deadline.

At biogas plants, it was available where operators used the spare heat from their electricity generators to heat parts of their business. It was used in Combined Heat and Power installations and often was simply put to use drying the fibrous fraction of the digestate.

The UK RHI has been closed.

The scheme payments will continue for existing projects but no new applications will be accepted.

The successor Green Gas Scheme was introduced at the start of 2022.

This page is now a historical record of the UK RHI. The archive article follows:

The Renewable Heat Incentive (the UK RHI) is a payment system in England, Scotland and Wales, for the generation of heat from renewable energy sources. Introduced on 28 November 2011, the UK RHI replaces the Low Carbon Building Programme, which closed in 2010.

The RHI operates in a similar manner to the Feed-in Tariff system and was introduced through the same legislation – the Energy Act 2008. In the first phase of the UK RHI cash payments are paid to owners who install renewable heat generation equipment in non-domestic buildings: Commercial RHI.

The UK RHI went live on 28 November 2011 for non-domestic buildings. The Coalition Government confirmed its support for the RHI in the October 2010 Spending Review and published details on 10 March 2011.

The UKRHI was extended to domestic buildings on 9 April 2014 after a further series of delays.

Three consultations were launched which included proposed domestic tariffs and a long discussion on eligible technologies along with changes to the Non-domestic UK RHI. via Wikipedia

See below for more about the 2018 raise in the tariffs for biogas plant operators, ground source heat pumps and the proposed addition of a tariff for Air to Water Heat Pumps. 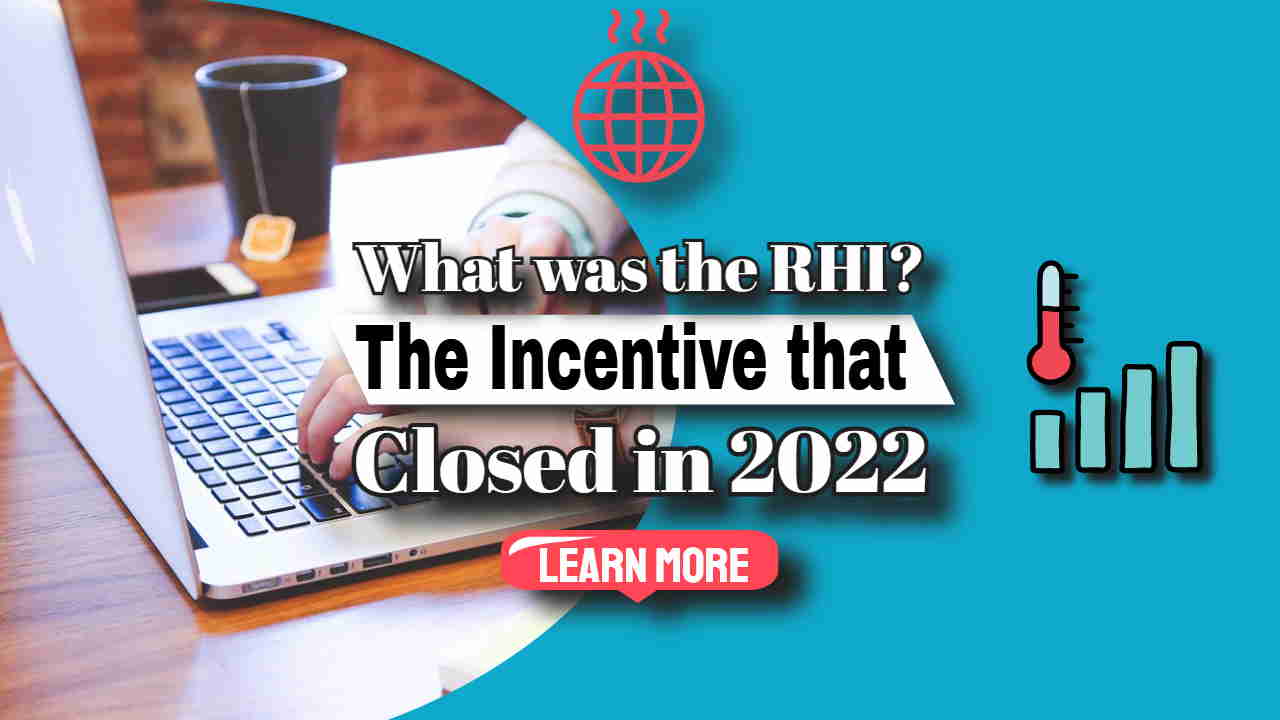 You [were able to] claim for:

Payments are made over 20 years and are based on the heat output of your system.

The money is paid through the Non-domestic Renewable Heat Incentive (UK RHI) scheme.

You [were able to apply] if your equipment was installed in England, Scotland, or Wales on or after 15 July 2009.

Your equipment [had to] meet certain requirements.

The Non-Domestic Renewable Heat Incentive (RHI) is a government environmental programme that provides financial incentives to increase the uptake of renewable heat by businesses, the public sector, and non-profit organisations.

Eligible installations receive quarterly payments over 20 years based on the amount of heat generated. The scheme covers England, Scotland, and Wales. There is a separate scheme for Northern Ireland. The Department of Enterprise, Trade and Investment suspended the Northern Ireland RHI Scheme for new applicants from 29 February 2016.

Businesses, public sector, and non-profit organisations can apply if the equipment was installed in England, Scotland, or Wales on or after 15 July 2009 (or later in some cases). Your installation must meet certain requirements. There is further information about the Northern Ireland scheme.

Generally, if the renewable heating system is in commercial, public or industrial premises, then you would apply to the Non-Domestic RHI. This can include small and large businesses, hospitals, schools, and organisations with district heating schemes where one heating system serves multiple homes. via (RHI) and Ofgem

The following is a look-back to July 2012 when the original UK RHI details were first published: 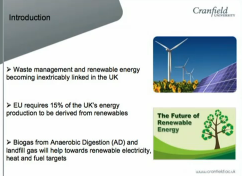 RHI UK – The UK Government says it is providing certainty for investors in renewable heat and small-scale electricity, but there is still a way to go, with the first recording of metered heat use more than a year away. However, the Renewable Heat Incentive details have now been published by DECC

The UK AD industry has been waiting a long while already and will be relieved that this further announcement and the start of another round of RHI UK consultation has at least gotten underway just in time before the start of the summer holidays.

What has actually been done is that the government has unveiled proposals to improve the performance and manage the future budget of the UK non-domestic Renewable Heat Incentive (RHI UK). They are further fleshing out the mechanisms by which the RHI will work in a final round of consultations before the start of implementation in 2013, beginning with the large installations first.

An advanced AD accreditation scheme, which is part of the package, will help with obtaining funding.

are essential parts of this.

But it is vital that the UK RHI scheme delivers value for money for taxpayers and supports the development of technologies that will be important in the long term.

That is why they reformed the scheme to ensure it:

So, in 2018 they made a number of adjustments to the schene as a result of a consultation process and will continue to consider improvements for the future.

However, it turned out only to be a temporary reprieve and closure took place early in 2022.

See also our page, where we said at that time:

New UK Government RHI Scheme and the Future of Biomethane

What the UK Government RHI Scheme subsidy policy becomes, after the anticipated further changes to be made in 2017/18, is a hot topic for the UK AD plant industry.

The future of biogas and anaerobic digestion is seen by many as being crucial to the continuation of AD Plant schemes across the nation. It comes at a time when the added advantages of production biomethane are being better appreciated, and uptake of the process to produce CNG (Compressed Renewable Natural Gas) is rising fast.

So the RHI Scheme will be central to most decisions on whether to proceed with many biomethane-producing AD projects. See the New UK Government RHI Scheme

See also our page, where we announced:

The UK Government today also announced changes to the Feed-in Tariffs (FiTs), following the consultation which took place earlier this year. Those tariffs remain the same, except for the large-scale rate which reduces slightly.

This reduction is to be expected under the concept of degression. As the technology develops costs and investment risk will also fall and the subsidy level will reflect this. There is evidence at the large scale that processes are becoming more robust and reliable and it can be argued that such a reduction will not harm the industry take-up of the AD process at this level.

However, the industry will be disappointed that more tariff support has not been given to the small-scale plants in the UK, as the industry has been pressing for more support for smaller biogas producers for some time, in order to bring the costs within the range of average-sized farm operations throughout the UK.

That would have provided a potential explosion in biogas take-up and a very large number of plants built, which could rival those in Germany. It would contribute to government renewable energy targets more rapidly than the wind can achieve and it seems disappointing that the government has not had the vision to go for growth in this way. After all the biogas industry is quite labour intensive and the boost to the UK economy would have been significant.

Home-grown energy would keep the money in the UK and Europe rather than the alternative payments for fossil fuels which presumably end up largely in the hands of the major oil-producing states.

For the government, the downside would have been the cost in terms of the additional burden on the energy companies, and the government will have been anxious to avoid the press and right-wing conservative MPs suggesting that the government is putting the economy at risk by burdening it with “green” payments. The government would see that as very damaging at such a time of cuts and recession.

It is pleasing that micro-CHP subsidies are being increased. Micro combined heat and power or micro-CHP is an extension of the now well-established idea of cogeneration to the single/multi-family home or small office.

The new tariffs for AD will be:

For more information on the changes to the UK Feed-in Tariffs and Renewable Heat Incentive (RHI UK), please visit: The National Archive here. 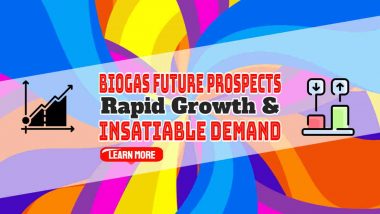