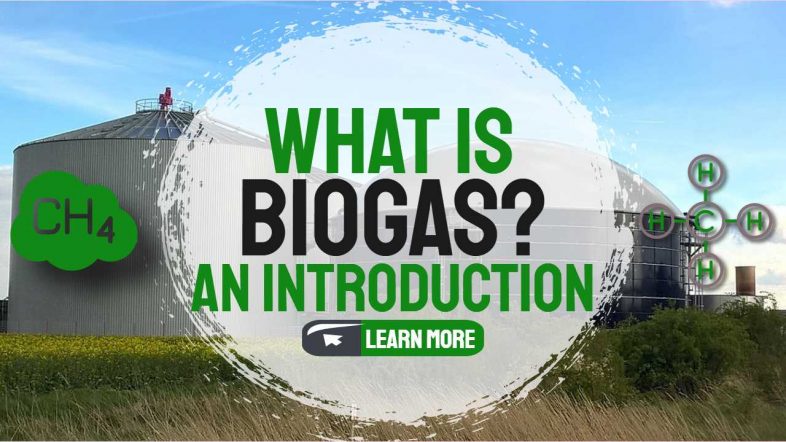 In another article in our series on “What is Biogas?”, we provide an introduction to this gas as a sustainable energy source.

What is biogas? A Definition

As a sustainable energy source, biogas is a significant component of the global energy landscape – and it is now receiving a huge injection of investment, not least since the technology is now profitable due to the recent rises in fuel costs.

This article will explore the world of biogas, its many benefits, and where it can be implemented in the modern world.

Using biogas helps to reduce carbon emissions, so it is being used to help companies move toward zero net carbon targets in 2050, as pledged by many nations. Biogas can be used as a substitute for fossil fuels in a variety of settings. The environmental benefits of biogas are numerous:

Biogas can be produced with organic matter from any source, including manure, crops, forestry waste, and human or industrial waste. The natural lifespan of the biogas carbon cycle is about one year.

As a transport vehicle fuel, it is efficient and combustion engines run well on it. Most of all the emissions if produces are a tiny fraction of those from diesel or petrol-fuelled vehicles.

Where can you get it?

Biogas can be produced from waste at the source, in your own home, or through a community-based system biogas digester injecting biomethane into the gas grid.

The purified result is known as biomethane. It is made from biogas and is to all intent and purposes the same as natural gas and suitable to be injected into national gas grids and used in all homes and factories.

For example, you can collect your biogas and use a purifier (known as an upgrader) to convert it into gas that can be used in your furnace or electricity that can power lights. Or, you can sell your raw digester gas to a commercial facility that converts it into biomethane gas and sells it to customers.

Your options will vary depending on your location and the size of the biogas plant. Some places may have their own anaerobic digesters or composting toilets that are able to produce biogas.

The Pros of Using Biogas

One of the most attractive features of biogas is its affordability now that energy prices have risen for fossil fuels. It is usually produced through the anaerobic bacterial decomposition of organic matter at a low cost, but can also be made in gasification processes. Landfills emit it.

Many a landfill has a gas extraction system that pulls this methane energy out and it is usually used to make electricity in a compound beside the landfill. This isn't expensive nor is running a digester in comparison with other always available energy sources. Therefore, the initial investment required to produce biogas is affordable.

Furthermore, biogas is clean and easy to use as transport energy in specially tuned combustion engines, making it an attractive energy source in remote areas. Most of this gas that has been made so far has been made on farms from farm waste and to a certain extent through energy crops.

It is a sustainable gas that can also be produced in rural or urban areas through organic food waste collection or waste management programs which sort the organic fraction of household waste from the rest. Therefore, it is a technology that can be implemented right now in low-income areas that often only have limited access to other forms of sustainable energy. 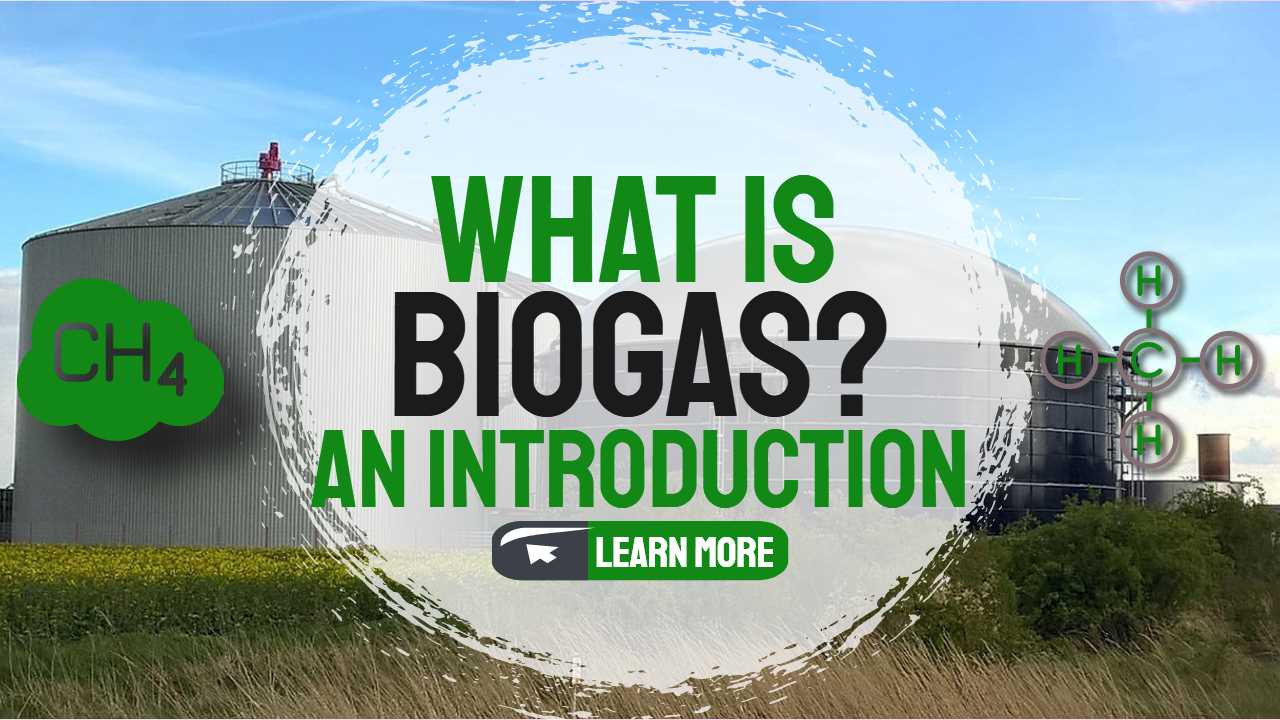 The Cons of Using It

There are several disadvantages of using biogas as a sustainable energy source. Though it is clean, odourless, and nontoxic, it is not without impurities and it has to be upgraded to biomethane apart from possibly using a gas engine to make electricity on the site of the digester.

The impurities in biogas come from the organic matter that is used to produce it. The impurities in it can be problematic in terms of odour, and corrosion of the equipment in which it is stored and used.

Large commercial-scale biogas production also needs to be regulated, as it is not safe to handle any explosive gases improperly and if the digestate leaks out of tanks it can cause severe water pollution locally.

This means the following:

Is Biogas a Sustainable Energy Source?

Due to the low to the negative carbon footprint of the production of biogas and the wide geographic distribution of producers, it is a sustainable source of energy.

Although, it is likely that as an energy source it will grow into a larger contributor to the energy economy there are concerns that its production must not impede the production of cheap food. The current demand for purified gas is high, and the predicted future demand is even higher.

It is a perfect replacement for natural gas which is a fossil fuel. The vast majority of current natural gas comes from nonrenewable sources, such as coal, gas, and oil. If the industry which produces biogas is supported by governments and proves acceptable to the public it can become a much more abundant sustainable alternative than it is at this time.

As it is produced through the decomposition of organic matter by bacteria and other organisms classed as archaea, which means that it can be sourced from almost any organic matter that is available in the environment. So, in addition to the feedstock sources being used now, there are many others that can be brought into use in the future.

One additional source of organic matter is algae grown in water in sunlight. If sources like this were extensively developed all the world's foreseeable energy demand could be met using this technology without causing climate change.

Biogas can be used as a substitute for fossil fuels in a variety of settings.

The environmental uses of biogas are numerous:

Biogas can be used in agriculture, as a fertilizer replacement, and for transportation of goods.

The potential uses of biogas in agriculture are vast and exciting. At the moment, however, biogas needs to be produced in larger quantities. The volume of agricultural bio-gas produced is limited by the amount of organic matter available to produce it.

In some parts of the world, this may limit the usage of the fuel in agriculture. Furthermore, biogas may not be available to all users. For example, in some countries, biogas is not available for non-commercial use due to safety concerns.

Final Words: Is this the Solution to Our Sustainable Energy Needs?

Biogas is considered a sustainable source of energy. So, it is likely that biogas will grow into a larger contributor to the energy economy.

The current demand for natural gas is high, and the future demand will be even higher.

However, new energy sources are vitally needed because the vast majority of current natural gas comes from nonrenewable sources, such as coal, gas, and oil. Biogas has the potential to be developed – using new organic sources such as algae – to become an abundant and sustainable alternative.

Biogas can be used as a substitute for fossil fuels in a variety of settings. The environmental benefits of biogas are numerous. So far the current industry has only scratched at the surface of its capabilities. A whole new era will open for the anaerobic digestion process once new organic materials are created for its generation such as algae, and seaweed.

At last, as fossil fuel prices have risen, one of the most attractive features of renewable biogas is now its affordability. This is especially so when compared with intermittent energy sources such as solar and wind.  At night and on calm days when those other sources are unproductive, biogas power output goes on unhindered.

Battery storage for use with solar and wind energy is too expensive and impractical given the huge number of batteries that would be needed in winter in a cold country. The cost is prohibitive as electrical energy storage would only be economically viable if users were to pay twice for their electricity. Once for its production and again for its storage.

Nuclear can deliver large amounts of power but the folly of implementing a nuclear policy is clear to all after just a few days of the war in Ukraine. To go nuclear is fine, but just don't rely on it not becoming a weapon to all manner of despots. Go for biogas power instead! 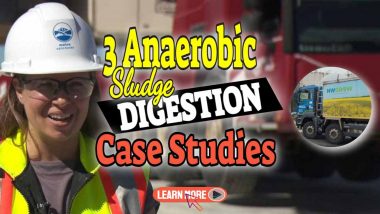 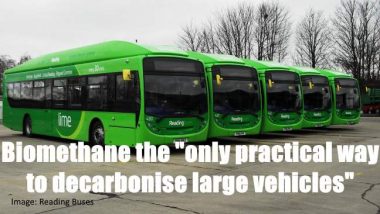