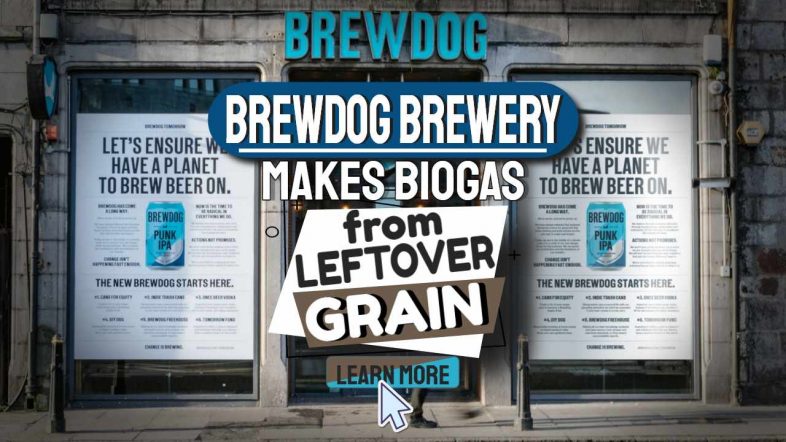 Let's start with a definition:

“Carbon negativity is achieved when a business or individual removes more carbon from the atmosphere than they put in.”

With the purchase of wind turbines to supply them with renewable power, BrewDog has taken a significant step toward achieving very low carbon emissions.

But because there are days when there is no wind and hence no wind power, it is not a completely satisfactory option all of the time. Solar power, similarly, is not a complete answer because it produces relatively little electricity at night.

So, their breweries are increasingly being powered by the residual grain left-over after the brewing process, which is converted into biogas using the anaerobic digestion method.

Biogas power runs 24/7 all year round! Add up all the carbon emissions saved and taken out of the atmosphere and it is more than what is put in. In other words, Brewdogs business operations are carbon negative.

Additionally, it's worth mentioning that BrewDog created a beer in 2017 titled “Make Earth Great Again” in an effort to raise awareness about climate change. In fact, their zeal for combating climate change has only become stronger in recent years. Continue reading to find out more. 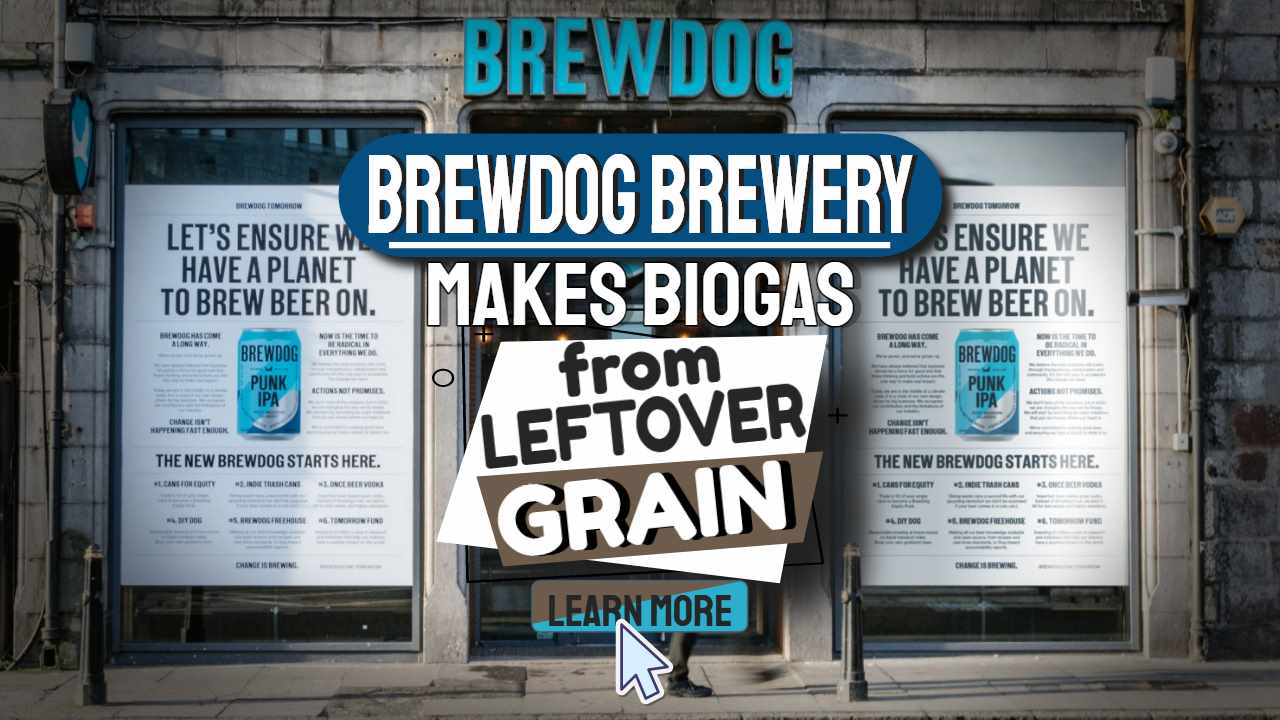 In the summer of 2021, to be precise. Brewdog picked DMT biogas to develop and commission a brewery biogas plant in Scotland, according to the company. However, this is not the only thing they are doing.

It is now in the process of transitioning its delivery fleet from gasoline-powered trucks to electric-powered cars. In addition, they have made a significant investment in the establishment of a new forest in the United Kingdom.

Brewdog reports that they put more carbon back into the atmosphere than they take out by adding up the total of all of the carbon-emitting activities of the company across the entire business and comparing that total to the total of all of the carbon dioxide emissions avoided as a result of their green initiatives. If this is correct, and we have no reason to question BrewDog's claims, then the firm is a carbon-negative enterprise.

“We fully acknowledge that we are a long way from perfect,”

“However, we are determined to rapidly and fundamentally change everything as we work hard to ensure we have a positive impact on the planet.”

This is an important step forward in BrewDog's efforts to rapidly enhance the sustainability of its operations, and we encourage other businesses to follow and build on their lead.

Breweries across the world purify and reuse the rinse water that they use during the brewing process. The wastewater treatment facility at the BrewDog HQ bio-plant decreases the brewery's water use by half, resulting in significant cost savings.

During this purification procedure, a waste stream including sludge is discharged into the environment. This sludge is then moved to a digester, where it undergoes a digestion process, as a result of which biogas is generated.

It is estimated that the biogas produced by the BrewDog brewery contains 55% methane, 44% carbon dioxide, and other gases including contaminants such as hydrogen sulphide (H2S).

Since the CO2 may be re-used in the brewery's production process, it can help to reduce CO2 emissions while also completing the loop by utilising the CO2 as a product that would have otherwise gone to waste.

It has been approved for Brewdog's plans to construct an anaerobic digestion (AD) facility, a water treatment plant, a CO2 recovery plant, and a related energy generation centre.

As a result, Brewdog has once again bucked convention in the manner it makes its beer, this time with an advertising campaign that emphasises the brewery's status as the world's first carbon-negative brewery.

BrewDog, the world's first carbon-negative brewery, offsets more than double its entire carbon footprint by participating in tree-planting efforts across the globe.

It also brews the following way:

BrewDog beer is for everyone who lives on this planet, and that is the message that is being sent. The video concludes with a demonstration of the brand's most tangible sustainability initiative:

‘we're the world's first carbon-negative brewery, and we plant trees for every beer you drink,'

which leaves the viewer with an optimistic and actionable message that can be used to help influence buying behaviour.

They are, without a question, the future, but we need other businesses to follow their example right now.

BrewDog, the Scottish Carbon Negative Brewery, Thanks to Biogas

Brewdog is a carbon-negative brewery in Scotland, made possible almost entirely by biogas.

Brewdog, one of the largest Scottish craft brewers, has been designated as the world's first carbon-negative beer brewery, according to the United Nations Environment Programme.

These include the commissioning of a biogas plant at the brewery's Ellon facility, which will run on waste from the brewery. Brewdog, one of the major Scottish Craft Breweries, has been designated as the world's first carbon-negative beer brewery, surpassing the previous record set by a German brewery.

BrewDog, a Scottish craft brewer, has stated that it has accomplished the unusual step of being carbon negative, meaning that it will remove twice as much carbon dioxide from the atmosphere as it emits in a single calendar year.

The tagline of the ad,

“Helping to make the world a better place for everyone who drinks BrewDog. And even those who don't believe it.”

Brewdog’s sustainability report wants to raise awareness of any company that has a net-zero objective scheduled for later than 2030 and invites criticism.

According to the IPCC's report, 2050 was the absolute latest date by which global emissions could be brought to zero and global warming limited to 1.5 degrees Celsius.

This means that organisations and countries with the ability to move more quickly must do so in order to increase the likelihood of meeting the Paris Agreement's target of 1.5 degrees Celsius.

Say Hello to Sustainable Beer Down Under!

Brewdog Australia is also interested in collaborating with environmentally conscious businesses, all of which have received the highest level of accreditation. Plans call for the establishment of a sustainable drive-thru that will serve as:

It goes without saying that some of these procedures need a significant amount of energy, and the fermentation process generates waste products such as malted barley and water which can be used to make that.

Before the efforts of Brewdog and other biogas enthusiasts, there was previously thought to be no way to overcome these difficulties. However, there is now some really sustainable progress! 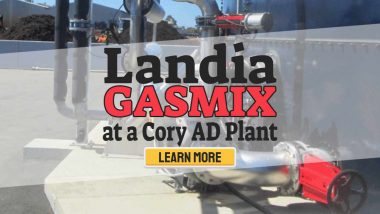 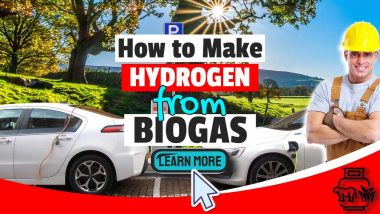