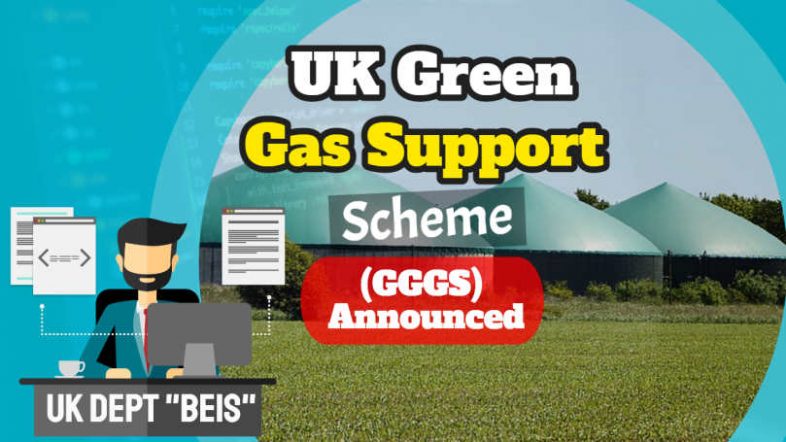 The Green Gas Support Scheme (GGSS) has been announced by BEIS (UK Department for Business, Energy, and Industrial Strategy) and will be administered by OFGEM. It will be funded by a supplementary levy on licensed gas suppliers and will come into force from April 2022 (although those putting biomethane into the grid will be able to claim from Autumn 2021) and will last for four years before a further scheme is put in place.

A key eligibility criterion will be the sustainability of the feedstock. Like RHI biomethane producers will be paid on a tier system but the scheme will work with other existing support mechanisms such as ROTC, which supports Biomethane in transport. BEIS has not yet said what the exact levels of support will be but have indicated that the full details of the scheme will be communicated in the Spring.

Now the details, as with any government support will be complex, but as anyone attached to the industry knows, without support for AD build projects they will become fewer in number. One of the difficulties with AD projects can be the timescales involved, especially getting planning and then having everything else ready to go. However, with projects coming down the tracks, the industry now knows what’s coming, and let’s be clear, this support is crucial for the industry to flourish and to allow projects to keep going.

Like in other countries the UK has an incentive to promote the production of renewable green gas. Currently, we know this incentive as the RHI (Renewable Heat Incentive).

This is soon to take a different name under new reforms coming March 2021. The Green Gas Support Scheme (GGSS) is an incentive to increase the proportion of green gas in the National Gas grid, like the RHI. It supports the production of biomethane and biomethane injection in the grid.

What’s more, it will not only give UK projects the clarity to move forwards but also allow the AD industry (and Marches!) to export our world-beating services around the globe. So, we at Marches Biogas would like to thank ADBA and the REA for all the work they do and to allow for a little more optimism to spread into 2021! via www.marchesbiogas.com

Biogas upgrading; how to get support!

The U.K. Renewable Energy Association has spoken out in support of the initiative.

“The REA welcomes today’s announcement about this key consultation, as the Green Gas Levy will be the funding mechanism that enables more biomethane plants to be built under the future Green Gas Support Scheme, and more biomethane to be injected into the gas grid, ”

said Frank Gordon, head of policy at the REA.

“Decarbonizing the U.K.’s extensive grid with biomethane – from AD and thermal gasification – is vital to achieving net zero, as well as to delivering wider benefits to farming, industry and the waste sectors.”

It's fair to say that since we last marked Green Gas Day, the whole landscape around green gases such as hydrogen and biomethane has changed in a way that many might not have expected.

Over the course of 2020, hydrogen in particular has been on perhaps the most radical of journeys, rapidly securing its front-row position in decarbonisation plans and policies across the globe.

In the UK, this is not just industry hype, nor the product of the Prime Minister's apparent enthusiasm. The fundamentals are in place to justify that change. With an extensive, world-leading gas network, huge amounts of offshore wind resource and liquid energy markets, there are few other places as well-positioned as the UK to lead that race. And where there is a need for hydrogen, there is also a need for biomethane too, working in partnership together to reach all corners of the country.

“Future support for low carbon heat from the GOV.UK”

But as we look forward to towards COP26 in Glasgow next year, we must not lose sight of why green gases like hydrogen and biomethane have such a valuable role to play.

We all know that the next major frontier in tackling the climate emergency is to reduce the emissions from our homes. The average annual carbon emissions from a UK household currently weigh almost three tonnes. But by 2050, if we're to reach our net-zero emissions target, they need to drop by a 95 per cent, to just 135kg.

What's more, decarbonising household emissions is arguably the most complex, politically challenging, disruptive and, if not done correctly, expensive part of the decarbonisation puzzle that we have to solve.

To solve that puzzle, we as an industry have to remember that for all the technical debates and the detail we often focus on, the technologies we use to heat our homes and hot water, and cook our food are all about fulfilling some of our most basic human requirements. Whatever your view on what the best means of doing that is, we as an industry have to be sensitive to that reality.

So if there is one area that green gases like hydrogen and biomethane have such huge potential, it is to give us all the ability to work with people's needs in reducing their carbon emissions, by using them to replace natural gas and develop the world's first zero-carbon gas grid here in the UK.

Our proposition for creating that grid, delivered through the Energy Networks Association's Gas Goes Green programme, is simple.

In the first instance, we can do that by blending up to 20 per cent of hydrogen and increasing amounts of biomethane into the gas grid, without having to change people's boilers or cookers.

This simple move could help the UK reduce emissions by six million tonnes of carbon dioxide emissions every year, the equivalent of taking 2.5 million cars off the road. To go beyond blending that 20 per cent of hydrogen, we should look to mandate hydrogen-ready boilers for new installations.

2. Second, through that process, the green gases delivered by the grid will support the delivery of greener home appliances that are familiar to people, in terms of how and when they use them.

With the minimal disruption in our homes, that grid will build on the strengths of our current energy system and ensure 23 million homes can access the energy they need in the way they'd like and when they need it the most, in a clean, reliable and safe way.

Third, a zero-carbon gas grid will transform the role that our gas networks have to play in our energy system. It will create new demand for clean technologies and green gas, whilst stimulating new green industries, supply chains and jobs for people, in communities across the country.

A world-leading hydrogen economy could create 225,000 jobs by 2050 in the UK, but the investment is already being delivered now, by replacing old iron mains with new hydrogen-ready plastic pipes. By 2032, this work will have delivered £28bn in jobs and supply-chains in communities across the country.

With our extensive gas grid infrastructure and the opportunities that green gases such as hydrogen and biomethane have to offer, it is their potential to turn the existing challenges around decarbonisation that we face into new opportunities for Britain to lead the world that is perhaps the most exciting.

As we look towards COP26 next year, let's make sure we seize that opportunity. The Green Gas Support Scheme is just one initiative to bring forward.

What about longer-term support?

The GGSS will replace the RHI when it ends in March 2021. The rate of the tariff is differentiated to reflect the production costs of biomethane on different scales. Current data shows that over 90% of biomethane is produced under 1, for plants that have been commissioned since tiering was introduced. Industry feedback is that the current tiering structure reduces the likelihood of economies of scale and deployment of large-scale biomethane AD plants.

The proposed tariff amount under the scheme is:

We were hoping the new scheme would improve upon the current system, the Renewable Heat Incentive (RHI). Tariff degressions and the RHI’s looming termination, scheduled for March 2021, has created much uncertainty in the AD sector.

Biomethane has so much more to offer than this. Industry and independent bodies have conducted reports predicting the potential scale of UK biogas production from AD for heating and transport. Both trade associations that represent the AD industry calculate a contribution of over 50 TWh by 2032 (REA, 2019; ADBA, 2020), while research prepared for the Energy Network Association suggests over 50TWh by 2050. The Committee on Climate Change, the government-appointed advisory body on emissions targets, has set a goal of 20 Terawatt-hours per year by 2030 – on heating alone.

The proposed annual target from BEIS under the GGSS would increase the biomethane injected to the grid by 2.4 Terawatt-hours per year by 2030/2031. Under the RHI (including new applications) and the GGSS contribution, the REA estimate ~9TWh/annum of biomethane from AD by 2026.

While the figures from ADBA, the REA and ENA include transport as well as heat, the UK Government are still far off independent predictions – including the CCC.

Our (UK anaerobic digestion) industry needs the right government backing to fulfil its potential. We had hoped the GGSS would provide just that. However, in this format, it seriously downplays biomethane’s potential contribution to attaining net zero.

Of course, we welcome all investment in the AD sector, and we appreciate the intent of this scheme.

To hit net zero on time, we have got to be as efficient and streamlined as possible. [This] scheme [should be] based upon AD’s true potential. Too much is at stake for this opportunity to be wasted. via Future Biogas 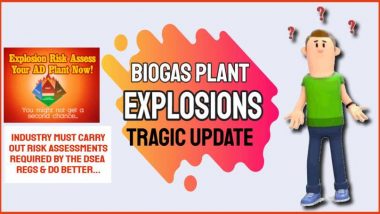 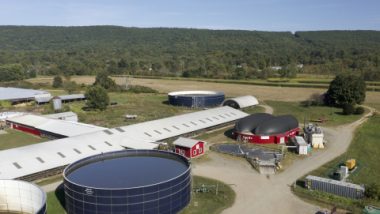