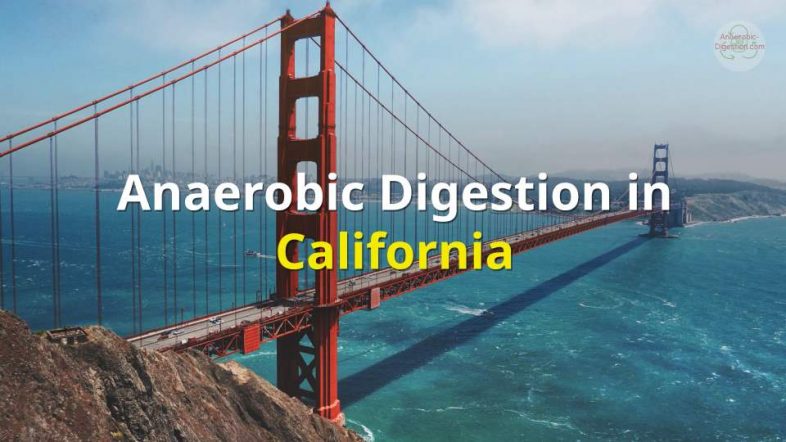 CalRecycle is a body that has been encouraging Anaerobic Digestion in California within the overall remit of development of green technologies, for at least 3 years. One of those green technologies is anaerobic digestion (AD).

The state body continues to encourage technologies like AD that divert organic waste from landfills and comply with the states' Global Warming Solutions Act (GWS Act).

This pioneering work is now paying off as the farming community starts to embrace AD.

We are pleased to be able to update this page article with the latest news of multiple digester farms from California Bioenergy (CalBio). CalBio has brought two new dairy biomethane projects online as described in the Press Release added below our video, which follows.

Watch our video to get a fuller picture of Anaerobic Digestion in California, and for a more in-depth article scroll on down after you have seen the video immediately below here:

Want your own videos like this? – we make them to your Order! Go to: www.anaerobic-digestion.com/advertising

Other legislation takes a statewide approach to Anaerobic Digestion in California and decreasing California’s reliance on landfills. They are implementing an ambitious goal of 75% recycling, composting or source reduction of solid waste by 2020.

Anaerobic digestion is being considered for many projects, to divert organic materials, away from landfills, and simultaneously produce low carbon fuels.

CalBio is a leading dairy digester developer in the United States, with more than 90 projects in operation or development.

CalBio's South Tulare and North Visalia dairy biomethane clusters are the third and fourth in California, joining clusters in Kern County (Bakersfield, CA) and Tulare County (Visalia, CA). In addition, CalBio is working on new cluster projects in California and across the country.

The South Tulare cluster will collect, condition, and inject gas from digesters built at nearby dairies into the SoCalGas pipeline. By the end of the year, 15 dairy digesters will be operational, linked by 41 miles of gathering pipeline.

When completed, the cluster is expected to connect 30 or more dairies to the pipeline. The North Visalia cluster will collect gas currently emitted by 12 dairies by the end of the year, with more dairies joining in 2022. Similarly, the dairy biomethane will be injected into the SoCalGas system and delivered to natural gas vehicle fleets.

Local dairy farmers own the majority of the South Tulare and North Visalia clusters. CalBio has created a one-of-a-kind ownership structure that allows dairies to benefit both as investors in multiple clusters and as suppliers of manure feedstock.

“Land O’Lakes member-owners have long paid thoughtful attention to stewarding the land for their communities and future generations, so it’s no surprise that nine of our members have joined in the latest CalBio expansion to reduce their environmental footprints in an economically viable manner,”

“In alignment with our Dairy 2025 Commitment, our member-owners are continually working to stay on the cutting-edge of sustainable farming.”

The two clusters will be producing approximately 8 million diesel gallon equivalents of compressed renewable natural gas in the near future (RNG).

“We began CalBio nearly 15 years ago, with a triple bottom line focus” according to Neil Black president and co-founder of CalBio.”

CalBio is a pioneer in the development of dairy digesters for the production of renewable vehicle fuel and electricity.

CalBio, which was founded in 2006, collaborates closely with:

to develop projects that help the state meet its methane reduction goals, protect local air and water quality, and create new revenue streams for the dairy industry. It is developing projects across the country in collaboration with its affiliates, Midwest Bio, Northwest Bio, and Southwest Bio.

The following still relevant sections provide more information on the anaerobic digestion scene in California for anyone interested in setting up their own biogas project:

There are Greenhouse Gas (GHG) Reduction Grants and Loans available for Anaerobic Digestion in California.

The Greenhouse Gas Reduction Fund (GGRF) was established in 2012. It receives Cap-and-Trade auction proceeds appropriated by the Legislature and Governor for qualifying projects.

CalRecycle established the GHG Reduction Grant and Loan Program, to fund capital investments in anaerobic digesters and other facilities. These will reduce GHG emissions by diverting organics from the landfill.

Based upon information at CalRecycle, Anaerobic Digestion – Current Initiatives etc.:

The State of California EPA (CalEPA) says it is working to help permit anaerobic digesters at both dairies and wastewater treatment plants. it rather quaintly calls these plants “biogas recovery systems”, and says that these are sometimes known as anaerobic digesters or “biodigesters”, because they use a process called anaerobic digestion. via Anaerobic Digestion Information | CalEPA

In 2013 it was accepted that the use of composting and anaerobic digestion processes can play a significant role in achieving California’s goals for reducing GHG emissions and reducing the volume of material deposited in landfills.

The GHG emission reductions from these activities would occur due to avoided landfill emissions, displacement of fossil fuel with biogas, reduction in synthetic fertilizer and herbicide usage, decreases in soil erosion, and less water usage.

In 2013 there were six anaerobic digestion facilities in California (not including those at WWTPs handling organic materials from the waste stream with 0.14 million tons per year of throughput. via Composting and Anaerobic Digestion

Southern California based CR&R Environmental Services has entered the construction phase of its anaerobic digestion facility in Perris, California.

Southern California based CR&R Environmental Services has entered the construction phase of its anaerobic digestion facility in Perris, California. The project’s first phase will convert over 80,000 tons per year of municipal organic wastes into Renewable Natural Gas (RNG).

The project is fully permitted for 3 additional phases that will convert over 320,000 tons of organic wastes into RNG and generate the energy equivalent of 4 million diesel gallons, making it the largest project of its kind in the U.S. at full build-out.

“These types of projects are very capital intensive,” says Relis. “Grant funds allow the state to seed projects that will ensure the success of California’s ambitious organic waste diversion goals.”

CR&R has received grants from the California Energy Commission (CEC) and South Coast Air Quality Management District (SCAQMD) which enabled them to move forward with the project’s first phase.

Hailed in 2013 as the largest anaerobic digestion system of its kind in North America, the Sacramento BioDigester started in 2012 with the capacity to process 10,000 tons of food waste per year and was expanded to four times that size in early 2015.

The 40,000-ton input capacity includes food waste from area restaurants, food processors, hospitals, international airport, elementary schools and supermarkets. The 730,000 gallons of biofuel produced annually are used at an onsite fueling station to fuel all of the natural gas trucks of the local trash and recycling collection fleet (24 of 55 trucks), as well as a portion of the city’s and county’s waste fleets, security cars,

The waste gas (not clean enough to use for transportation fuel) is used to produce one million kilowatts of electricity which powers both the facility and the fueling station.

The digestate is used to produce eight million gallons of organic soils and fertilizers for Sacramento area farms.

The project was undertaken as a partnership between CleanWorld and Atlas Disposal and began as a proposal for repurposing an under-utilized waste transfer station owned by the county. CleanWorld and Atlas Disposal each received grants from the California Energy Commission and Recycled Market Development Zone loans from CalRecycle to help fund the digester and fueling station. via Anaerobic Digestion – Institute for Local Government

Southampton, UK based cleantech on-site anaerobic digestion technology firm, SEaB Energy, has been awarded a contract to supply the State of California Energy Commission with its waste to energy FLEXIBUSTER system as part of a four-year research programme…. via SEaB Food Waste Anaerobic Digestion Project at UC Davis …

San Jose adopted its Green Vision agenda in 2007 with the goal of making the city a world centre of clean technology innovation. Included in the plan is an effort to divert 100% of waste from landfills and convert waste to energy.

Organic waste such as yard trimmings and leftover food are typically buried in land fills. As the waste breaks down, the landfills often emit methane gas — a potent greenhouse gas that contributes to smog and climate change. Municipal solid waste landfills are one of the largest sources of human-related methane emissions in the United States, according to the EPA, and represent a lost opportunity to capture a significant source of energy.

“The capture rate at most landfills is not efficient,” said Eric Herbert, CEO of Zero Waste Energy, which is based in Lafayette. “Methane is 23 times more potent than carbon dioxide.”

Zero Waste’s anaerobic digestion facility, located near the southern tip of San Francisco Bay, will be the first large-scale commercial operation of its kind in the United States. It’s being developed in three phases over the next several years, with each phase capable of processing 90,000 tons of organic waste each year. When fully operational, it will be one of the largest such plants in the world.

California utilities, including PG&E, are required to buy 33% of their electricity from renewable sources by 2020 via the state’s “Renewable Portfolio Standard.” Though much attention has focused on solar and wind power, electricity generated from biogas also qualifies for meeting the standard. So San Jose’s new facility could be replicated throughout the state by cities struggling to figure out how to handle their waste.

Other biogas projects are already operating in the Bay Area. Waste Management Inc., which recycles waste for several cities in Alameda County, is turning its decomposing garbage at the Altamont Landfill near Livermore into electricity and liquefied natural gas. The fuel is then used in the company’s garbage trucks.

Here is a good example of Anaerobic Digestion in California. In mid-May 2017, The Kroger Co. drew back the curtain on a 150 tons/day anaerobic digestion system at its 59-acre Ralphs/Food4Less distribution centre in Compton, California. … via California MSW Organics Digester Prepares To Launch .. 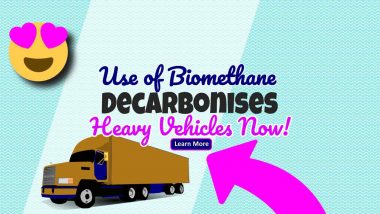 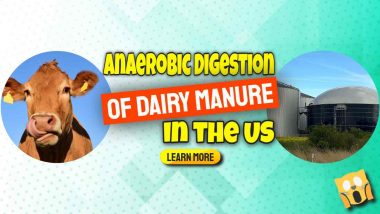 Anaerobic Digestion of Dairy Manure in the US