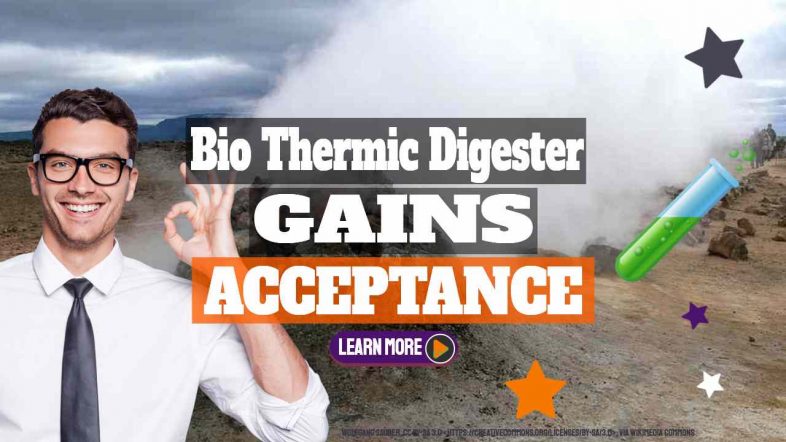 Bio Thermic Digester (BTD) is the term for an innovative type of industrial-scale biological high temperature-digester which uses Aerobic Extremophilic Bacteria to achieve a remarkably high level of mass reduction and has been launched by waste treatment specialist Advetec. The technology is understood to be capable of rapidly processing significantly high volumes of organic municipal waste, such as municipal solid waste, sewage slurry, and even the detritus from wastewater treatment works screening.

We could not find a single video about this process at all, so we created our own! You can watch it below:

Since we first posted this article Advetec has announced an evolution of its Bio-thermic digester (BTD) technology. Advetec, is a UK company specialising in the on-site treatment of solid and liquid organic waste.

The Advetec XO is specifically designed to reduce the organic content in waste, reducing costs and avoiding the use of landfills by, skipping, off-site transportation, and processing.

Sources online report that Craig Shaw has said: It's crazy. We're building so many and we cannot build them too quickly. We are currently in a growth phase in which we're getting enquiries from all over the world.

The following is the original article as published in September 2014:

The Advetec Bio-thermic Digester (BTD) is at most installations, a bespoke containerized unit, which is described by them as capable of converting 33 tonnes of organic waste material over a 48 to 72 hour period, reducing the volume by over 97 per cent. The time needed to reduce the, largely organic waste, to only about 3%-5% varies depending on the raw waste type. Typically the process is said to take around 72 hours to degrade the organics to such a low volume. This new technology is the result of what is described as eight years of development and has been developed, designed and manufactured in the UK.

Advetec is described as leading the world in what is being called bio-stimulation. It looks as if this is a unique approach, which is based upon invigorating bacteriological activity. By applying this technique they have been able to develop products that enhance thermophilic and extremophilic bacteria strains, in ways that entice them to digest organic waste. Clearly, when this is done within the controlled environment of their equipment the bacteria digest the waste rapidly, and remarkably complete, resulting we are told, in harmless by-products in the form of heat and water.

The technology is currently being trialled by a number of UK Water Companies, at their Wastewater Treatment Works (WWTWs), and full-scale operating Advetec Bio Thermic Digester systems are also being installed at some of the initial pilot study Water Company WWTPs.

In addition, it has been announced that in July 2014, London’s Regional Waste Recycling (RWR) has chosen Advetec Technologies to install a new water treatment system. The core of that system will be Advetec’s first industrial-scale, Bio Thermic Digester that will reduce organic waste from fat traps, septic tanks, filter cakes and municipal collections and reduce it by an amazing 96% by weight.

The (BTD) system is also being embraced by the commercial waste management sector. Regional Waste Recycling, which we understand collects most of the liquid waste generated within the M25 area of London, is now treating over 300,000 litres of what is described as gully waste, septic tank sludge, flood arisings, and industrially polluted water, plus 150 Tonnes of municipal waste every day.

The company points out that in round figures about 30 million tonnes of solid waste is still being disposed to landfill in the UK, each year. For waste management companies, this technology could be an enormous help in pretreating co-mingled and organic waste, with a far higher mass reduction ratio than previously achievable even with incineration. Not only that these wastes generally have a high water content, which makes it very expensive to transport, and when incinerated all the water must be evaporated during combustion leading to efficiency in the incinerators where it is burnt.

In addition, it has been announced that in July 2014, London’s Regional Waste Recycling (RWR) has chosen Advetec Technologies to install a new water treatment system. The core of that system will be Advetec’s first industrial-scale, Bio Thermic Digester that will reduce organic waste from fat traps, septic tanks, filter cakes and municipal collections and reduce it by an amazing 96% by weight.

BTD in the United States

It has also been reported that Advetec Holdings Ltd, which is based in Somerset, UK, has been awarded its first US permit for its Bio Thermic Digestion process in the US. In fact, it seems that Advetec in conjunction with Organic Solutions Inc. has been awarded the first and only Solid Waste Organics Recycling Pilot Project (SWORPP) in the USA, for a pilot in Florida.

Worldwide, municipal authorities are experiencing a serious, and even more difficult challenge as waste tonnages keep rising, in disposing of their waste in a sustainable, well-controlled, and responsible manner. It is still early days yet, but this state of the art piece of equipment that uses one of the most basic of life-forms to simply dissolve away difficult organic waste seems to be emerging as a contender for greatness within the list of tools for modern waste management.

View the following embedded SlideShare presentation for a detailed schematic view of the process:

The inventors of the process say that it uses specifically cultivated and stimulated bacteria commonly found around 2-3 miles below the surface of the sea around the outlets of raging volcanoes. These bacteria thrive on waste and process it remarkably rapidly. The by-products from the (BTD) process are said to be useful and include heat, water, and odour sterilisation. The tiny proportion left afterwards, it is stated, can be used as a biomass fuel to produce electricity.

New, more efficient and sustainable, ways to dispose of all forms of organic waste are desperately needed. A recent report on the state of municipal solid waste disposal problems around the world has shown that a sharp rise in the amount of waste generated by urban residents is anticipated between the present day (2014) and 2025. That report estimates the amount of municipal solid waste (MSW) will rise from the current quantity by at least 50% over the period. Most of that increase will come from the rapidly growing cities of the rapidly industrializing nations.

Anaerobic Digestion is being hailed as the preferred method of governments to treat the organic fraction of municipal solid waste, but it only converts 30% to 40% of waste (known as its mass-reduction) to methane. The by-product of digestate which is left over can be a useful product.

This is the case when the source material is food and farm waste, but for anaerobic digestion plants which process municipal solid waste due to the concentrations of heavy metals, and unwanted inorganic residues, limits its usefulness as a soil conditioner. That's where the very high mass reduction of the Advetec (BTD) process looks so promising.

Perhaps the biggest benefit of the BTD process comes from the way that it could massively reduce the amount of food waste, currently being taken to our landfills, and that really is good because food waste is one of the waste types that it is most important to stop sending to landfill. However, the BTD does not produce any methane. The question that needs answering may well be, whether the BTD process is more sustainable for this application than the alternative anaerobic digestion process, with all the benefits of renewable fuel and industrial chemical sources which come from methane production. 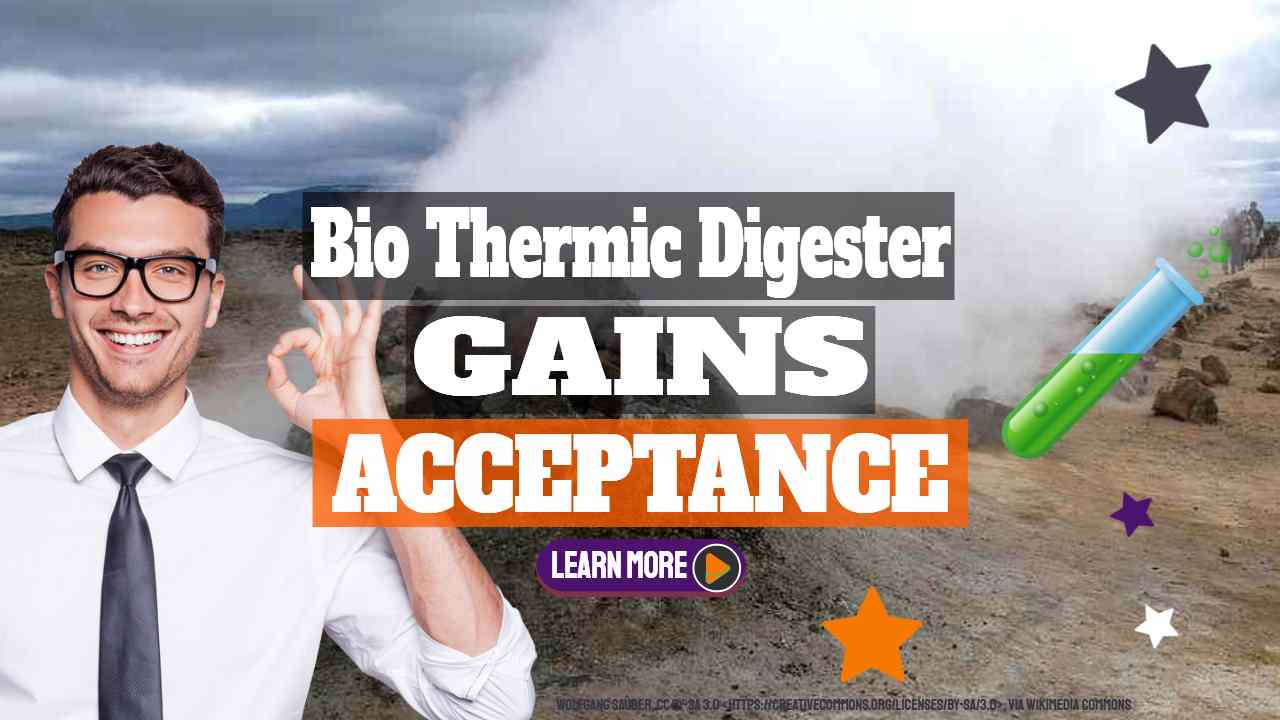 Have we got it right? Do you think this newcomer could rival anaerobic digestion? We welcome your views. Please, provide your comments below. 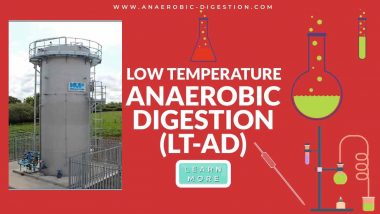 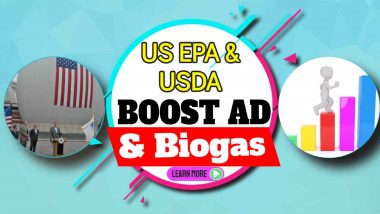