Advanced Conversion Technologies is the term for technologies such as gasification and pyrolysis. These could become competitors with Anaerobic Digestion. In fact, a number of innovative advanced, high temperature processes for Energy from Waste/ Waste to Energy, are beginning to emerge from the far east.

These may become more efficient (after further development), than conventional processes and can offer a range of different types of energy from bio-based wastes. If so, they may compete with biogas plants for their feed biomass.

Suitable wastes for processing by one of the Advanced Conversion Technologies include:

Woody wastes are not easy to digest through anaerobic digestion, and these new techniques may be much better suited to obtaining efficient Energy from Waste outputs from wood waste.

The sub-topic of our meme today is the UK Waste Regs. and how important it is when planning a UK energy from waste (EfW) project, not to “fall and get hurt by” the Waste Hierarchy!

The current requirements for compliance of new AD plants (including feedstock changes) and new and existing energy from waste facilities, with UK Waste regulations need early consideration in any EfW project.

The revised EU Waste Framework Directive is used to apply the waste hierarchy.
Before deciding on suitable EfW/ AD Plant feedstocks. Take care to consider the Waste-Hierarchy as it ranks waste management options in order of environmental preference.
The important point here is that you will need to be able to show that you have complied with the first priority of waste reduction, when you submit for a UK PPC permit for any waste to energy project.
They point out that:

“Recovering energy from waste is only appropriate for waste that cannot be prevented, reused or recycled with less greenhouse gas emitted.
Energy recovery can be a sustainable option for waste that would otherwise go to landfill and create landfill methane emissions.”

From which all AD and biogas plant project planners must realise that they mean that you will have to be able to show that suitable actions have already been taken to follow the hierarchy. And this must be done BEFORE it arrives as your feedstock.
In most cases this will not be difficult, and the main action will usually be to obtain evidence that your feedstock source organisation has applied the waste hierarchy before the waste arrives at your energy from waste plant.
Nevertheless, this is an important step in obtaining UK permits, and it is easily missed.

The report below defines two Advanced Energy from Waste Conversion Technologies, as follows:

Gasification is a type of advanced conversion that produces a combustible gas that is a mixture of carbon monoxide, hydrogen, carbon dioxide and methane. This gas can be used directly to generate heat and electricity.

Alternatively it can be upgraded to an ultra clean gas called syngas. This can be used to manufacture either biomethane, which can be injected into the national gas grid, or transport fuels such as hydrogen, ethanol, synthetic diesel or jet fuel. The energy given off can be harnessed to generate heat and power.

Pyrolysis is a type of advanced conversion that can be used to produce either a combustible gas, oil or solid char (sometimes known as bio-coal).

In the future, it will be possible to upgrade pyrolysis oil to produce petrol and diesel using oil refining techniques.

The choice of technology for any project depends on the type of waste available, local circumstances and finance. via the Gov.UK website here.

More information on the different technologies is available on the NNFCCwebsite.

Advanced Conversion Technology (ACT), is seen as the next generation of thermal waste-to-energy technologies offering many benefits over conventional thermal treatment methods. In particular, once successfully implemented ACT should be more sustainable than present day incinerators.

But, following several high-profile setbacks for ‘advanced conversion technologies', some are now questioning whether gasification and pyrolysis can ever work at a large scale to treat residual waste.

For well over a decade now, various forces in the UK have been trying to develop advanced conversion technology (ACT) for the treatment of residual waste as an alternative to landfill or mass-burn incineration.

Not Much Real Progress on ACT in the UK Since 2003

Indeed, only one ATT project – the ex-incinerator on the Isle of Wight that Energos retrofitted with gasification technology – was even able to complete the project to a meaningful degree. But, not for long when due to inefficient operation and high costs it shut down.

Rather than directly releasing energy, the processes produce ‘syngas', made up of hydrogen and carbon monoxide, which can be used to produce energy through steam turbines, for instance, or can, in theory, be used directly as a fuel, which would result in higher conversion efficiencies. via resource.co 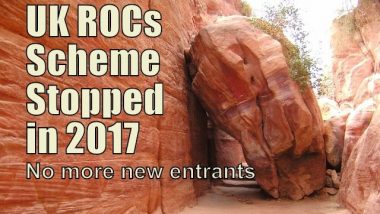 ROCs Explained and Why 2017 Closure Shocked the UK AD Industry 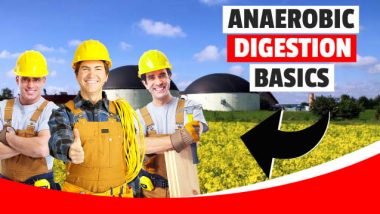