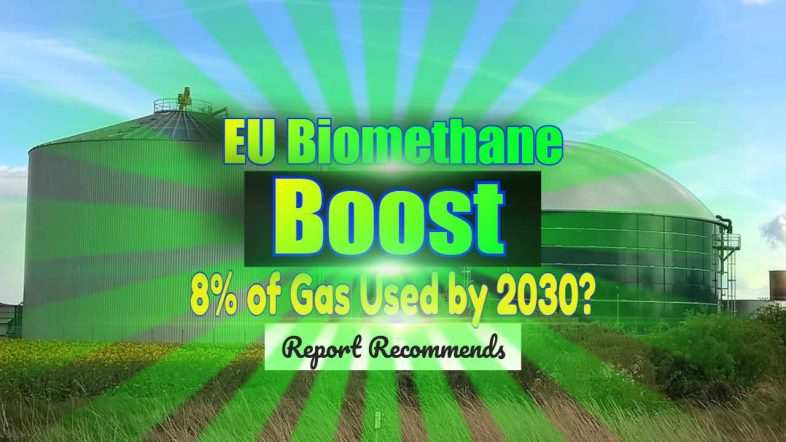 A pressure group is pushing for an EU Biomethane use target boost, against what may be an open-door EU wide. The grouping known as “Gas for Climate” is proposing that an 8% target be set for the biomethane content in all gas-network-distributed and transport-delivered gases by 2030 in their recent Policy Paper. Such a target, if implemented, would be very good for the AD industry, and even better for achieving Paris Accord 2015 decarbonization aims.

What will not be easy to obtain agreement on is the fact that, in their own words;

At IPPTS we welcome the proposed higher target, but are disappointed that once again the anaerobic digestion industry will be seen as inefficient and in need of being propped up by unpopular subsidies. This isn't the fault of the target setters nor the financiers, it is the biogas industry that needs to wake-up and publicize success! Time and again we are told in private conversations of the much better yields that individual companies and plant designers say they can now routinely achieve.

It's time for the EPC contractors and AD process designers who offer what we call “black box” plants, to shine a light on their achievements. I have no doubt that they almost always do achieve what is promised. Many consultant designers are achieving great yields, but are hiding their light in the name of a short-sighted idea of company commercial interest.

It is time for then all to allow in independent researchers to verify the advances made in biogas yield, and biogas quality, in recent years through such measures as:

but, most striking of all is the number of skilled AD plant operators who will go on to say that they can raise yields almost always on AD plants through simply:

All in the industry including themselves will benefit when the target-setters see the better economics of the best AD plants, and when the “peer reviewed” data is there to show these better figures can be achieved by all. When that occurs, the benefits will flow throughout the industry and into all-important  climate change alleviation.

Once better biogas/ biomethane production rates are seen as industry standard, it will mean that the financiers will be willing to invest in the real achievable biogas yield rates.

Read the Press Release, as copied below: 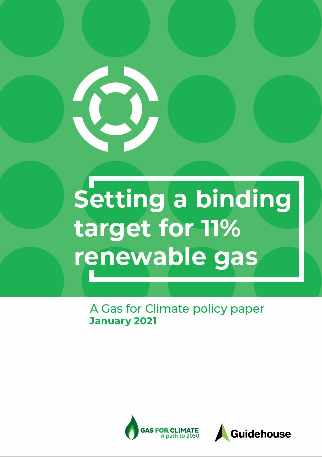 Today (26 January 2021), the Gas for Climate consortium published a policy paper which provides an analysis-based rationale on why an 11% renewable gas target is needed to meet the EU’s climate ambition to cut GHG emissions by 55% in 2030. The policy paper follows last year’s Gas for Climate Gas Decarbonisation Pathways 2020-2050 report, which showed how additional policy measures are needed to scale-up biomethane, green and blue hydrogen which are all needed to meet the EU’s climate targets. This policy paper focuses on biomethane and green hydrogen, acknowledging they require additional incentives compared to the incentives required to scale-up blue hydrogen.

To ensure an accelerated and consistent market ramp-up of green hydrogen and biomethane across the EU, the envisioned 11% target is supported by two binding sub-targets for green hydrogen and biomethane. At least 8% of the gas consumed in the EU by 2030 should be biomethane, and at least 3% should be green hydrogen. The sub-targets reflect that biomethane is commercially available today and scalable in a sustainable manner, while green hydrogen should ramp up during the 2020s too. The 3% green hydrogen target aligns with the European Commission target for at least 40GW of electrolyser capacity in the EU. A binding target for renewable gas will help to reduce production costs of biomethane and green hydrogen during the 2020s, while in the long-term help to achieve the European decarbonisation targets at the lowest societal costs. Gas for Climate foresees that an EU-wide target of renewable gas would be translated into differentiated national targets.

The policy paper on renewable gas is the first in a series of policy papers to be launched in 2021. “Gas for Climate” is currently undertaking new activities including setting up a European Biomethane Alliance, and a new hydrogen demand analysis.

Gas for Climate expands and announces new chair
Supporting the vision of Gas for Climate and its ambition for 2021, DESFA, the Hellenic gas TSO, joined the consortium. Gas for Climate now has members from 9 EU member states. The new chair of Gas for Climate, Marie-Claire Aoun, head of Institutional Relations of Teréga, emphasises: “I am grateful that DESFA joins Gas for Climate at the start of a crucial year for renewable and low-carbon gases in the EU. In this dynamic period, I am honoured to chair the Gas for Climate initiative. We will continue to provide proposals and analyses to reach carbon neutrality in the EU in 2050 at the lowest costs for society”.

This article was first published on the Gas for Climate, Press release page. 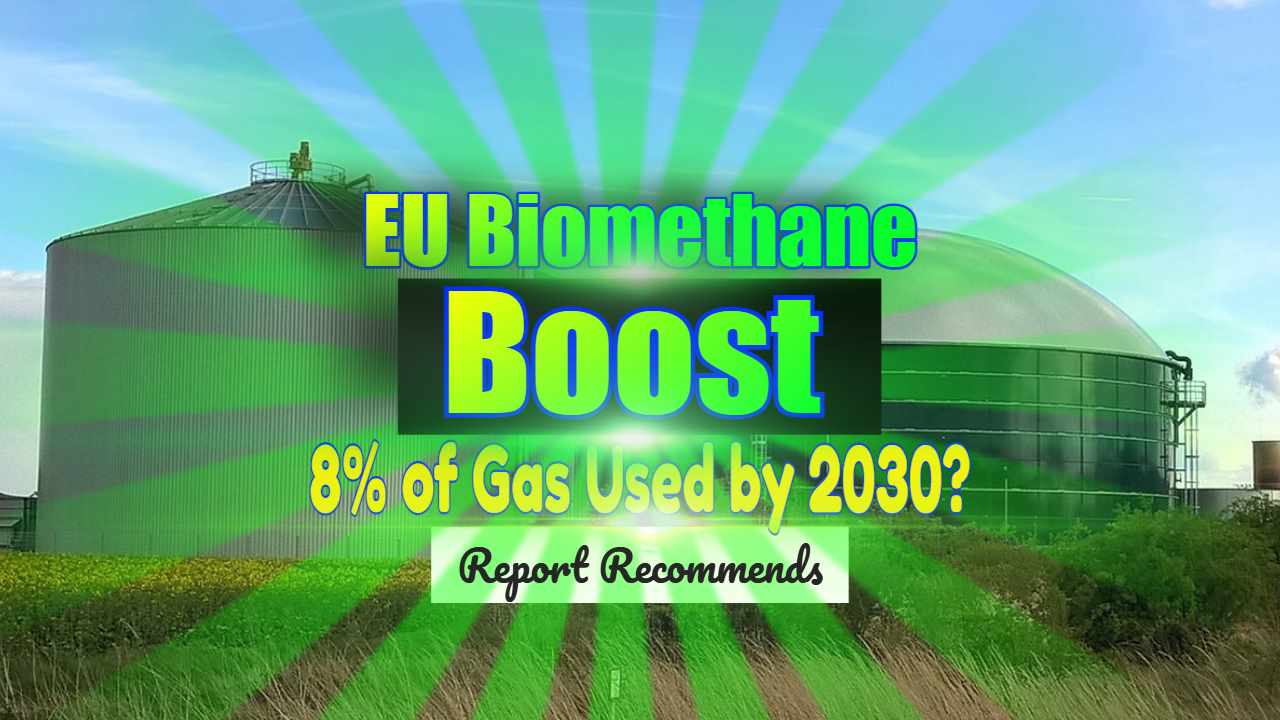 About “Gas for Climate” and their Proposed “EU Biomethane Boost”

Gas for Climate was initiated in 2017 to analyse and create awareness about the role of renewable and low carbon gas in the future energy system in full compliance with the Paris Agreement target to limit global temperature increase to well below 2 degrees Celsius. To this end, the entire economy has to become (net) zero carbon by mid-century.

Gas for Climate is committed to achieve net zero greenhouse gas emissions in the EU by 2050 to meet the Paris Agreement target. Renewable gas used in existing gas infrastructure can play an important role in this.

Renewable gases have different roles in the system and the wider economy as they provide:

Hydrogen is enjoying renewed and rapidly growing attention in Europe and around the world. In 2020, the European Commission and six member states published hydrogen strategies, highlighting its importance as a cornerstone of long-term decarbonisation.

Biomethane has multiple benefits, most importantly its full compatibility with the existing gas grid.

EU renewables targets are set in the Renewable Energy Directive (RED). Therefore, including the proposed 11% renewable gas target and the sub-targets for biomethane and green hydrogen in the RED revision is the preferred option.

[In the UK measures such as the UK Government's “Green Gas Initiative” (Green Gas Support Scheme (GGSS)) will work towards achieving the EU biomethane and blue hydrogen target.] 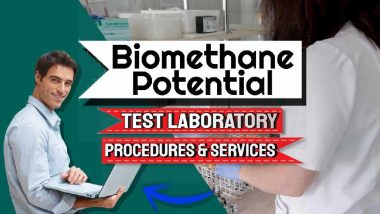 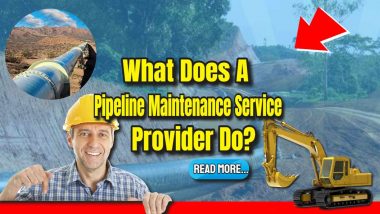 What Does A Pipeline Maintenance Service Provider Do for Biomethane Injectors?