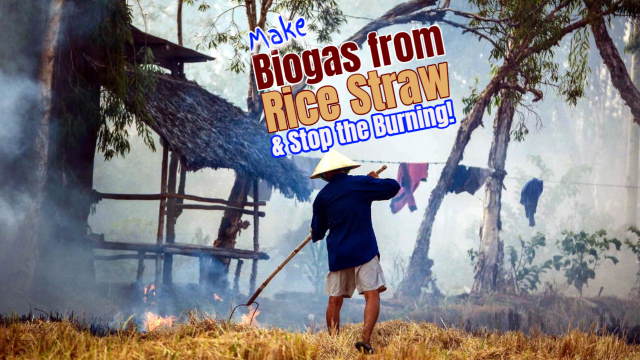 Rice straw biogas production is a proven technology that is still completely untapped. Around 300 million tonnes of waste rice straw is burnt in fields across Asia every year. Rice accounts for 48% of all greenhouse gas emissions from crops globally, or 1,000 MT of CO2e/yr. Straw burning is producing smoke so thick it can block out the sun for days on end in the main rice-producing regions. This comes at great cost in respiratory ailments and early deaths.

As the global population grows, more rice is produced, leading to yet more straw burning every year. And the sooty “black carbon” particles in the smoke are far more potent global warmers than the gases most people worry about, such as carbon dioxide. 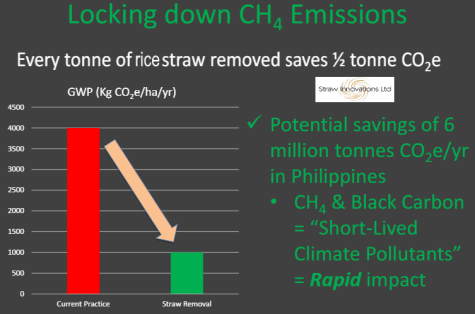 One company which believes it has the answer to this problem is Straw Innovations Limited, with biogas operations in Laguna in the Philippines.

What Straw Innovations are saying is revolutionary, because if implemented globally their plans for the anaerobic digestion of rice straw would transform this major waste into:

A Global Vision for Rice Straw Biogas from Anaerobic Digestion

It is hard not to be impressed by the vision of their Director, Craig Jamieson, who recently presented to the World Biogas Association's eFestival attendees stating that:

“If all available rice straw were to be digested, it would reduce global CO2 emissions enough to offset all of the CO2 currently emitted by the entire global aviation industry (918 MT of CO2e/yr), leaving the resulting biogas from the anaerobic digestion process to power their farms and localities.”

“It would also save a huge problem with rice straw stubble burning where 300 million tons are now being burnt every year, just in Asia. If you have ever visited cities such as Delhi in India during the rice straw burning season you will know just how appalling it is to have to live with the smoke that creates.”

“Governments are progressively banning the burning, but farmers frequently don't see any alternative, and therefore aren't complying. The race is on to find ways of using all global rice-waste in a way that doesn't simply end-up causing another problem to further impoverish the world's poor”.

Many local jobs would also be created to serve the biogas industry locally, and the need for importing energy from abroad in these nations would be greatly reduced. 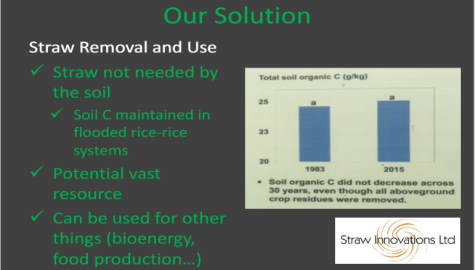 Rice Agronomics and “To Burn or Not to Burn”

The most obvious solution would seem to be simply returning the rice straw back into the soil. The problem is that it then rots in waterlogged ground, producing methane emissions. Methane is a greenhouse gas, approximately 25 times more potent than CO2.

Another disadvantage of returning it to the land is that waiting while the previous crop decomposes delays the establishment of the next rice crop.

Burning the rice crop-waste in the fields reduces methane emissions by 50%, but results in local air pollution, including black carbon which also traps heat in the atmosphere.

“Upland rice” or “aerobic rice” can be grown instead, where the fields are not flooded. Then the straw can be returned to the soil without the high methane emissions. However, upland rice suffers from lower yields and much greater weed problems, which require hand-weeding or the use of herbicide chemicals.

A compromise is to alternate between flooding and draining rice fields. This can enable higher yields and reduced weed growth (as with flooded fields), but with reduced water use and lower methane emissions (because it’s not continuously flooded).

However, AWD can increase emissions of N2O – one of the most potent greenhouse gases – especially if not well managed, and the drying phase is not always possible in countries with heavy rain seasons.

Straw Innovations Limited has been researching and developing rice straw biogas technology since 2017, partnering with Universities and other biogas companies keen to innovate in what, if their voice is heard, will become a $multi-billion industry.

Financial assistance has been provided by the UK Government, which has enabled them to trial an innovatively simple and low-cost dry anaerobic digestion process, with support from British universities and QUBE Renewables.

Their solution is to remove the rice straw from the fields and co-digest it with manure. With most crops, removing all the crop residues would lead to loss of organic matter in the soil, but with flooded rice-rice systems, this is not a problem. The lack of oxygen reaching the soil means that any organic matter breaks down more slowly.

Just leaving the crop roots in the soil after harvest provides enough organic matter to retain soil fertility; hence all the straw can be safely removed and used for other things. That being the case the collection and use of rice straw in the anaerobic digestion (AD) process can truly be a sustainable process.

Anaerobic digestion has so far been adopted mostly in three areas of activity, using “wet AD technology” these being:

– Domestic and small community waste: in developing nations – especially China where several million low-tech biogas plants have been built and operated. They continue to provide much needed clean fuel and fertiliser to rural communities.

– Municipal Wastewater Sludge Treatment from the Activated Sludge Process: in industrialised nations, these have been in use for more than 50 years but are being installed now at an ever-increasing rate to enable water companies to decarbonise their operations. The best of them are using their AD plant biogas to help power operations and move rapidly toward corporate goals for compliance with global decarbonisation targets arising from the 2015 Global Accord signed in Paris.

– Commercial: Large CSTR type “Wet AD” Reactors for agricultural and food waste applications originally developed to be fed by specially grown food crops, but this has now become rare due to the removal of government subsidies and tax-breaks from food crop use. Nowadays such plants are fed with crop wastes instead, digesting what remains after the food has been harvested.

The numbers of these plants globally are rising each year and the pace of development is accelerating. The decomposed contents of the digester are returned to the land as fertiliser, creating a sustainable, ‘closed-loop’ cycle.

All 3 “wet AD” applications above are now well-proven and attracting mainstream investment. However, Straw Innovations are using a novel, “Dry AD” batch process.

“Dry AD” refers to biogas production using less water (20% dry matter or above) and is also now a mature technology, used until now mostly for local government-funded MSW pre-treatment.  “MSW pre-treatment” is essentially anaerobic digestion/ biogas extraction which governments require to reduce the biological activity of the waste before the organic content of mixed MSW is allowed to be disposed to landfill.

Straw Innovations has adapted the dry AD process for rice straw biogas and if they have their way dry digesters will become far more popular.

Rice Straw Biogas – The Next Big Opportunity for Anaerobic Digestion

The view of everyone at Straw Innovations Limited, is that now is the time for the AD industry to move into the Anaerobic Digestion of rice straw, and by so doing the rice-producing nations can also join with the rest of the world in using AD technology to decarbonise their economies at little or no net cost.

Dry AD technology is well-proven and should attract investment from banking institutions, as Straw Innovations prove its application for rice straw.

While implementing this technology for rice straw biogas they will also benefit from the many spin-off advantages of anaerobic digestion processes.

Not least will be the benefit in removing the deathly annual palls-of-smoke from straw burning, now blighting the rice-growing nations of the world.

The anaerobic digestion of rice straw must surely be a massive opportunity right in front of our eyes!

For more information, see Straw Innovations' at www.strawinnovations.com or on Facebook https://www.facebook.com/StrawInnovations/ 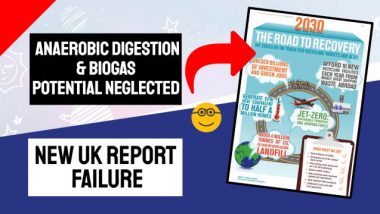 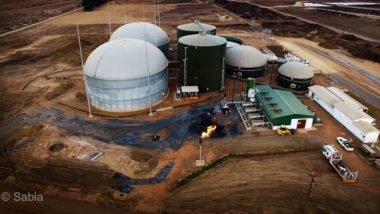