Better biogas plant substrate mixing during fermentation is great news for a biogas operator. The importance of “creating a stir” in the fermentation tanks of fully mixed bio-reactors is huge. It provides better biogas yields and improved process stability. And, this is becoming much better understood.

Many AD plant clients around the globe are discovering that although it takes some of the power from the plant to run the mixer equipment it pays to do it. The additional yield of biogas will pay back with substantially more biogas power than well-designed specialist mixer equipment consumes.

This realization is all part of the industry trend toward higher biogas yields and reduced cost.

This article was first published in June 2015. It is still 100% true and relevant today so we have provided it below for your information:

A scan of world news on this subject revealed that biogas operators, and researchers, from China to Malta are investing in biogas reactor mixing equipment.

In the first news release we have here, the Landia GasMix system has been installed as a research tool. This has been done in order to discover achievable “best practise” biogas production data, for feedstocks consisting mainly of rice straw and liquid pig manure.

In the second a new completely mixed biogas reactor will have a biogas recirculating gas sparge system installed centrally in the top of the circular fermentation tank, to provide good mixing. And, in the third another proprietary mixing system is installed for process improvement purposes.

In our final release, it is clear that water treatment companies are also retrofitting enhanced mixing systems, and in this case the system (with other optimizations included) is said to be 3 times quicker to achieve the required biogas output, than a standard plant, as a result.

Now let's get started. Read the following to understand why good reactor tank mixing is so important:

Landia's GasMix digester mixing system has been deployed in one of China's most important comprehensive educational institutions. It is used to test various feedstocks and determine the best strategies for optimizing the AD process.

The University of Nanjing's Bioenergy Research Institute, which is located in the ancient capital of six dynasties in eastern China, has been experimenting with rice straw as a feedstock.

The Landia GasMix is externally installed, which improves the 300m3 digester at the pilot plant substantially.

This makes routine maintenance far easier than attempting to reach typical propeller mixing systems inside the digester. Because of the need to empty the tank, this inefficient design always results in substantial downtime, as well as health and safety concerns.

“Not only is the entire mixing system of the Landia GasMix mounted outside the digester, the power consumption is also low and the cutting system of the chopper pump cuts straw into smaller particles”.

“As an added bonus, it has also turned out that biogas production is much higher than expected”.

The university's biogas plant has an 18.5 kW Landia GasMix, which is extremely energy efficient because it only takes a brief operation period to mix the entire digester, around 20% of the time.

GasMix may be regarded as a better than energy-neutral mixing system since it genuinely mixes the whole contents of the tank for maximum efficiency. The enhanced biogas output exceeds the energy used by the mixing system.

The digestion tanks have cutting-edge mixing equipment that takes a portion of the biogas produced from the tanks and compresses it to high pressures using water-cooled industrial gas compressors.

The compressed biogas then travels through a number of pipes (lances) within the tank, agitating the waste-water slurry and preventing any sediment buildup.

The system's goal is to expand the existing digester tank's capacity. According to the firm, a standard digester needs three times the volume of an Omnivore digester to create the same quantity of biogas.

The 300,000-gallon Omnivore Facility operates at 6% solids with this refit, but VVWRA's 1 MM gallon digesters operate at 2% solids; therefore the Omnivore AD plant design means that the digester tank performs like a much larger digester.

We hope that you agree that the evidence we have provided in this article shows that biogas plant substrate mixing during fermentation is creating a “stir”, or at least a lot of action from AD Plant Operators! 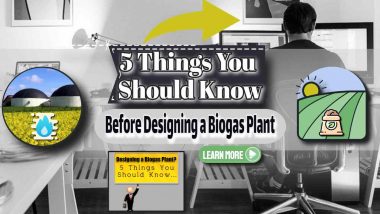 5 Things You Should Know Before Designing a Biogas Plant 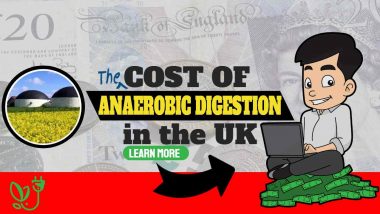