To achieve the net-zero target tens of billions of pounds will need to be invested in renewable energy, electric vehicles, capturing and storing carbon emissions, and planting trees, according to the CCC.

Currently the UK has a target of curbing greenhouse gas emissions by 80% by 2050, compared to 1990 levels.

What will it Cost?

Costs to reach the 2050 goal will total 1-2 percent of gross domestic product (GDP) per year, the same amount estimated for the current target, the report said.

Green leaders have come out in force to praise the Committee on Climate Change's report – and requested immediate action from the government on the issues raised from its findings.

Responding to the publication of the Committee on Climate Change's (CCC's) new report calling for the UK to set a net-zero target for 2050, Charlotte Morton, Chief Executive of the Anaerobic Digestion & Bioresources Association, said:

“The UK's anaerobic digestion (AD) industry fully supports the Committee on Climate Change's call for net zero emissions by 2050, which is a vital target to ensure we avoid the worst effects of climate change.

“By converting organic wastes and crops into renewable heat and power, clean transport fuel, and soil-restoring natural fertiliser, AD has already reduced the UK's greenhouse gas emissions by 1% and has the potential to reduce them by as much as 5% if the industry meets its full potential. Crucially, AD reduces emissions from hard-to-decarbonise sectors such as heat, transport, and agriculture, as well as from the power sector and from waste.

“As a technology-ready solution that can tackle climate change right across the economy, it's vital that government recognises and rewards the many benefits of AD so it can make the maximum contribution to decarbonisation at speed and scale.

“We therefore also support the CCC's call for a new regulatory and support framework for low-carbon heating (where biomethane from AD can make an important contribution) to address the current million-pound funding gap.”

Reactions Across the Web to the CCC Net Zero Report

There has been a welcome response from numerous groups to the CCC’s report with the top line call for the immediate enshrining into law of a national net zero by 2050 target to be put forward by the government.

However, the report does also note that some home nations are currently better equipped to deliver more rapid decarbonisation than others. Scotland, for example, is encouraged by the CCC to targetnet-zero emissions by 2045– due to a greater potential to depollute its economy compared to the rest of the UK– whereas Wales should target a 95% reduction in emissions by 2050 (from the same 1990 baseline).

Groups of politicians, industry bodies, pressure groups, associations and consultancies across the sustainability sector have heaped praise on the CCC’s recommendations and presented their own specific areas where they would like the sustainability focus to be developed.

“We are currently not on target to meet the UK’s fourth and fifth carbon budgets, let alone achieve net zero so the stark reality is that the UK Government has a lot to do to help deliver a better planet for our children. On onshore wind, on electric vehicles, on carbon capture and storage, and on a range of other transport and energy areas such as energy efficiency, the Government needs to up its game and come forward with the policies, actions, and regulations needed to achieve net zero emissions by 2050.

“As a Committee, we will over the coming weeks be examining how to implement the 2050 target and holding the UK Government to account for its response to this challenge”.

“It shows that we need a clear suite of policies to help us to reach this goal, from bringing back onshore wind to supporting new technologies like carbon capture in my constituency.”

“The committee has spelt out that if we want to maintain our credibility and any leadership on climate then the government can no longer faff around with promises and half measures. It needs to have plausible, deliverable plans. via www.edie.net

The recommendations come as climate activism is sweeping the globe.

In March, hundreds of thousands of schoolchildren walked out of class to protest their governments' failure to curb emissions.

Extinction Rebellion want to get arrested to fight climate change. via www.cnn.com

The UK must “set and vigorously pursue” a bold new climate change target to reduce greenhouse gas emissions to ‘net-zero’ levels by 2050 – replacing the current target of an 80% reduction against 1990 levels – according to a major new report from the Committee on Climate Change. EURACTIV’s media partner edie.net reports.

The report, published today (2 May), comes after the UK Government instructed the CCC to provide advice on the feasibility of a net-zero carbon target – a move the Committee believes could be achieved within the same cost envelope as the current less-ambitious Climate Change Act.

Today the CCC advises the UK should set a Net-Zero emissions target for 2050, including emissions from aviation and shipping.

This stops the UK's contribution to global warming and is achievable at low cost through UK domestic effort.

It follows months of calls from MPs and businesses alike to enshrine a net-zero target into UK law – a discussion that has been amplified by the recent climate school strikes and Extinction Rebellion protests. via www.euractiv.com

Even placing accounting issues aside, the 2050 target is unambitious and gives a false impression that there is time to play with. Lord Deben, chair of the committee, is almost certainly right that Extinction Rebellion's demand that the country reaches net zero by 2025 is physically impossible. Shedding the country's attachment to growth does not on its own lead to a neutral carbon ledger. The massive amounts of investment, innovation and infrastructure required to get there would not take full effect within six years.

But to say that anything earlier than a 2050 target isn't credible is a grave and dangerous mistake. At current levels of emissions, the world will reach 1.5°C of warming in 12 years. Each year that the UK delays radical action, the necessary yearly emissions cuts to hit net zero become greater, making it ever harder to avoid catastrophic warming. Even with immediate action, the world is still pinning hopes on carbon capture and storage technologies that may never work at scale. 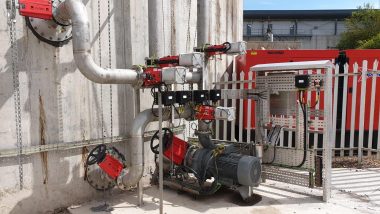 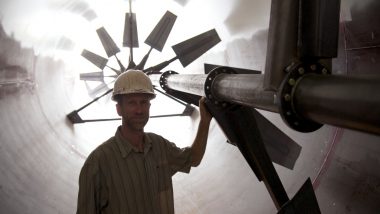