WRAP Defended Anaerobic Digestion of food waste as a newspaper branded its collection from householders as a “slopbuckets farce“, earlier that month! (May 2012).

UK funded government organisation WRAP has defended household food waste collections. These are destined for Anaerobic Digestion facilities, while the Daily Mail belittles government efforts. It believes to collect food waste and recycle the abundant energy and nutrients the waste contains is a farcical waste of time.

UK newspaper “The Daily Mail” regularly runs articles about government stupidity, as they see it. Their “blue rinse” readership always seems to lap up this sort of editorial, and it no doubt sells papers.

The original article, as first published in May 2012, follows: 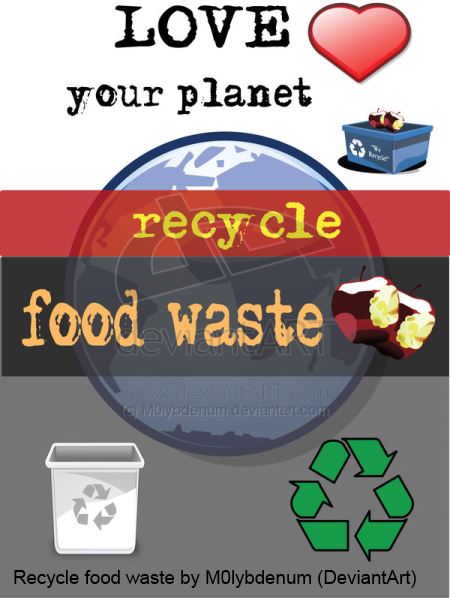 “The chief executive of WRAP has jumped to the defence of anaerobic digestion after the technology was attacked yesterday in the Daily Mail.

According to Dr Liz Goodwin, an article published in the newspaper entitled ‘Slopbuckets farce: UK-wide scheme …”

According to Dr Liz Goodwin, an article published in the newspaper entitled;

‘Slopbuckets farce: UK-wide scheme to turn leftovers into energy only creates enough power for one small town’ is misleading and plays down the environmental and economic benefits of food waste treatment technology.

The Daily Mail story said that food waste collections using ‘slop-buckets' had been imposed upon millions of families so that the material could be used to generate energy through anaerobic digestion (AD).

But, it said that only 46 AD plants are currently in operation, producing 60MW of electricity – enough to power 40,000 homes.

The Mail also pointed to trials launched by WRAP earlier this week to establish new markets for digestate (see letsrecycle.com story) as evidence that the government did not know what to do with the waste once collected.

Doretta Cox of the Campaign for Weekly Waste Collections told the paper:

“They decided everyone would have to have slopbuckets, but they didn’t look at the market.

“It is clear that all the schemes for collecting separate food waste defy common sense. It is expensive to collect this stuff and then you have to transport it for many miles before you can get to an anaerobic digestion plant. You have to question the sense in that. They are desperate to find a use for it.”

Commenting on the story, Dr Goodwin said it was important to celebrate the ‘success story’ of Anaerobic Digestion.

“Yesterday’s story in the Daily Mail ‘Slop-buckets farce’ gives a misleading view of the rapidly growing role which food waste and anaerobic digestion (AD) are playing in delivering economic and environmental benefits to the UK.”

Dr Goodwin said there were still 15 million tonnes of food waste produced in the UK every year which in the past were sent to landfill but now could be turned in renewable energy and a cheap alternative to fertiliser. via www.letsrecycle.com

So, the official answer is that the industry is getting there. What's your take on this? (Leave a comment below.)

It also can be the case that fully harmonising the AD facilities being available, within all areas, won't be possible at the start, but there is no reason to criticize the WRAP staff for that.

Let there be no mistake, WRAP defends anaerobic digestion. Here at the AD Blog, we see no problem with utilizing food waste, or whatever else comes available as a regular feedstock. It's just that getting departments set up to achieve an aim is a slow and ponderous mechanism, and in the interim there will be some inefficiencies.

2019 Update – How Things Have Moved on Since Original Publication of this Page in 2012.

Things have moved on from 2012 and Food Waste Collections, already in-place throughout Wales and Scotland, are soon to be Introduced in all boroughs in England

The Co-op has called for the UK Government and local authorities to accelerate the introduction of a universal food waste collection process, claiming that the move could stop more than 350,000 tonnes of food waste being sent to landfill in England alone.

The retailer believes that the collection services would help combat the estimated 1,000 tonnes of food waste that is landfilled each day, noting that composting or using it to create energy would help cut greenhouse gas emissions.

Under the Resources and Waste Strategy, ministers have issued a call for evidence on whether to provide weekly collections of food waste for every household. Currently, only 35% of households in England are obliged to put food waste in their own caddy. The scheme would reduce greenhouse gases (GHGs) from landfill, but some experts believe it could lead to less frequent collections of general household waste.

Proposals being developed by the Government could see weekly food waste collections in place by 2023. via www.edie.net

How Food Waste is Collected

The way it works is food scraps from restaurants are hauled in and then loaded into the digester. A bacterial agent that works much like the bacteria in our gut begins to break down the organic material. The methane that is captured is then burned to make electricity — so much electricity that the landfill is energy independent and sells excess electricity back to power companies.

Methane is a natural gas that does not create pollutants or greenhouse gasses when burned. via www.montereyherald.com

Food Waste in the US

A recent report by the Boston Consulting Group (BCG) suggested that annual food waste will hit 2.1 billion tons worth $1.5 trillion by 2030, a rise of a third from 2018 figures.

These worrying figures come at a time when our social media feeds are inundated with lavish abundance — whether it's piled-high freakshakes or flat-lays of excessive spreads, more is more when it comes to food photos on Instagram. via www.businessinsider.com

Planned Collections in the UK

“Against the backdrop of austerity the Government published its Resources and Waste Strategy in December 2018 and it is currently consulting on six proposals, three of which relate to waste collection, all of which are likely to change the way waste is collected and recycled in the future.

“One of the key proposals of the Strategy is to introduce compulsory kerbside food waste collections from 2023.

“Adding a food waste collection to the current service offers the potential to increase recycling and reduce emissions from landfill with the waste being processed via anaerobic digestion.

“There is also a cost involved to introduce and maintain a food collection service and, critically, a change in behaviour to separate out waste streams to ensure that our investment delivers the full environmental benefits.”

If the service is introduced Reading will follow West Berkshire Council, Wokingham Borough Council and the Royal Borough of Windsor & Maidenhead in having food collections. via www.getreading.co.uk

(The featured poster above, is from the Deviant Art website (CC0) shows what a member of the public thinks of Food Waste Recycling, and it is not at all what the Daily Mail would have us believe!) 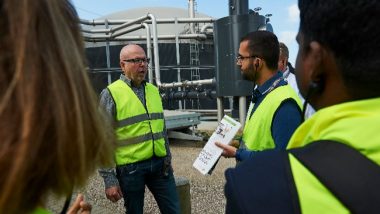 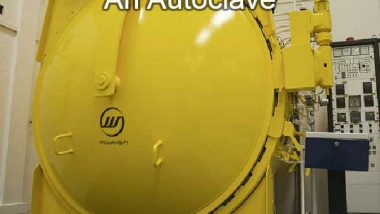