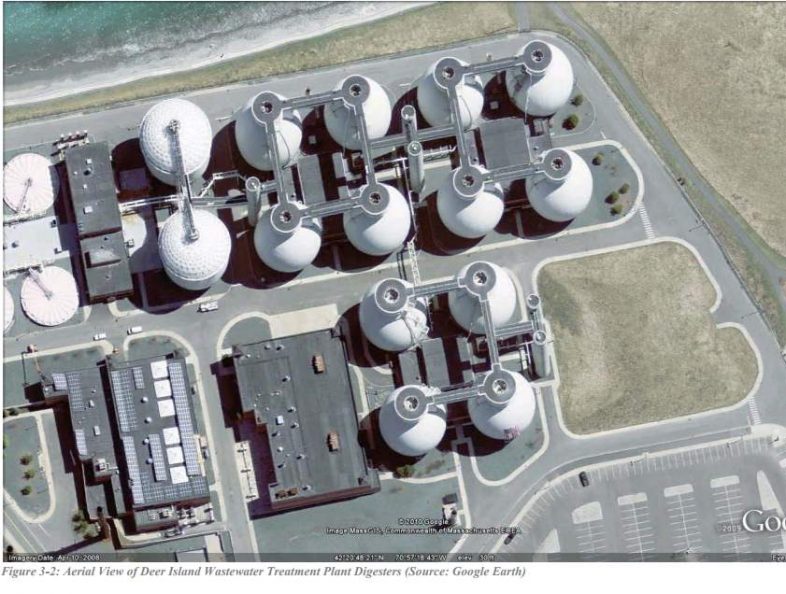 The development of Anaerobic Digestion in the US states-wide is progressing more rapidly today than at any other time.

The nation is beginning to realise that it is sitting on a very large Biogas Plant development and climate change emissions reduction opportunity! That much is undeniable.

We set out to find out what the US government has published about anaerobic digestion technologies.

Current Number of US Biogas Plants in Use

In all 50 US states, there are over 2,200 biogas-producing sites, including 250 anaerobic digesters on farms, 1,269 water resource recovery facilities that use an anaerobic digester (of which 860 currently use the biogas they produce), 66 stand-alone food waste digestion systems, and 652 landfill gas projects.

Anaerobic Digestion US Potential for Growth

“Biogas Potential in the United States”

Biogas is the gaseous product of anaerobic digestion, a biological process in which microorganisms break down biodegradable material in the absence of oxygen.

Biogas is comprised primarily of methane (50%–70%) and carbon dioxide (30%–50%), with trace amounts of other particulates and contaminants.

It can be produced from various waste sources, including landfill material; animal manure; wastewater; and industrial, institutional, and commercial organic waste.

Biogas can be combusted to provide heat, electricity, or both which is essentially fossil fuel free.

In addition, it can be upgraded to pure methane, also called biomethane or renewable natural gas, by removing water, carbon dioxide, hydrogen sulphide, and other trace elements.

This upgraded biogas is comparable to conventional natural gas and thus can be injected into the pipeline grid or used as a transportation fuel in a compressed or liquefied form.

Renewable natural gas, with respect to anaerobic digestion in US states, is considered a “drop-in” fuel for the natural gas vehicles currently on the road and can qualify as an advanced biofuel.

It can also be a source of renewable hydrogen, which can be used in stationary fuel cells and fuel cell electric vehicles.

The methane content of biogas is the usable portion of the gas and determines its calorific value.

The methane potential from landfill material, animal manure, wastewater, and industrial, institutional, and commercial organic waste in the United States is estimated at about 7.9 million tonnes per year, which is equal to about 420 billion cubic feet or 431 trillion British Thermal units.

While this resource potential appears small and easy to overlook given the abundance of relatively inexpensive natural gas, it presents an opportunity for greenhouse gas mitigation (methane is 21 times more potent than carbon dioxide) and the production of renewable energy fuel.

These waste resources are under-utilised and considered “low-hanging fruit” in biogas generation if used for anaerobic digestion in US states, thus their use could stimulate further development of the industry in the United States.

This video, and the text above, are based upon the U.S. Department of Energy, Office of Energy Efficiency and Renewable Energy (NREL) pdf file, “Biogas Potential in the United States“.

The following is our round-up of information on AD in the US states-wide including excerpts from articles about the science of AD, the environmental and economic benefits that can be realized through AD projects, and direct visitors to appropriate solutions.

Permitting and Regulations for Anaerobic Digesters in US States

Anaerobic digesters must meet local, state and federal regulatory and permitting requirements for air, solid waste and water. It is important for all stakeholders working with digesters to be able to find information about permitting and regulations. EPA's AgSTAR program compiled a comprehensive set of requirements for livestock digesters. These requirements also apply to all other types of digesters. via Anaerobic Digestion (AD) | US EPA

Is biogas a renewable energy source?

Although some effort has focused on the AD of caged layer poultry manures, the manures from dairy and swine operations tend to be more suitable for farm-based energy conversion.

During the energy crises of the mid and late 1970s, the search for alternative energy resources led to the investigation of small- and medium-scale anaerobic digesters developed in India and China to determine whether these technologies were directly transferable to farms in the United States.

Unfortunately, although these technologies are useful in providing fuel for cooking and lighting in developing economies, most are much too small to be useful to most American farmers. For example, the typical small-scale anaerobic digester daily produces about the same amount of energy as contained in 1 gal of propane.

The greater energy requirements of the larger American livestock operations led to the design and installation of several demonstration projects that transferred state-of-the-art sewage treatment plant technology to the farm.

[Today, most problems have been solved, but plants must be operated in an expert manner, by trained plant operators.]

Complete-mix anaerobic digesters can handle manures with TS concentrations of 3%-10% and generally can handle substantial manure volumes. The reactor is a large, vertical, poured concrete or steel circular container.

The manure is collected in a mixing pit by either a gravity-flow or pump system. If needed, the TS concentration can be diluted, and the manure can be preheated before it is introduced to the anaerobic digester reactor.

The manure is deliberately mixed within the anaerobic digester reactor. The mixing process creates a homogeneous substrate that prevents the formation of a surface crust and keeps solids in suspension. Mixing and heating improve digester efficiency. Complete-mix anaerobic digesters operate at either the mesophilic or thermophilic temperatures range. with an HRT as brief as 10-20 days.

A fixed cover is placed over the complete-mix anaerobic digester to maintain anaerobic conditions and to trap the methane-rich biogas that is produced. The methane is removed from the anaerobic digester, processed, and transported to the site of end-use application.

In the United States, agriculture is responsible for 6% of greenhouse gas emissions.

The most common application for methane produced by the anaerobic digestion at a modern dairy farm complete-mix digester that also recovers valuable fiber process is electricity generation using a modified internal combustion engine.

Both the anaerobic digester and the mixing pit are heated with waste heat from the engine cooling system. Complete-mix digester volumes range considerably from about 3,500-70,000 cubic feet (ft3) This represents daily capacities of about 25,000-500,000 gal of manure/digester. Larger volumes are usually handled by multiple digesters.

The basic plug-flow anaerobic digester design is a long linear trough, often built below ground level, with an air-tight expandable cover. Manure is collected daily and added to one end of the trough. Each day a new “plug” of manure is added, slowly pushing the other manure down the trough.

The size of the plug-flow system is determined by the size of the daily “plug.” As the manure progresses through the trough, it decomposes and produces methane that is trapped in the expandable cover.  … via Farm-Based Anaerobic Digestion Practices in the United States

Every year, over 30% of the world's food supply is lost or squandered. Food waste amounted to around 133 billion pounds (66.5 million tonnes) in the United States in 2010, largely from the home and commercial food sectors.

The Environmental Protection Agency (US EPA) and the United States Department of Agriculture (USDA) have announced the goal back in 2015 to reduce food waste shipped to landfills by half by 2030.

Even if this aim is achieved, there will be leftover food that must be recycled. The potential for energy is enormous. For example, anaerobic digestion may create enough energy to power 800 to 1,400 households each year with 100 tonnes of food waste every day.

In the United States, landfills constitute the third greatest source of human-related methane emissions. The same anaerobic bacteria that break down organic materials to produce biogas, in this instance landfill gas, may be found in landfills (LFG).

Rather than allowing LFG to escape into the atmosphere, it can be captured and converted into energy.

LFG plants in the United States currently generate around 17 billion kilowatt-hours of energy and supply 98 billion cubic feet of LFG to natural gas pipelines or directly to end-users each year. In 2015, the average U.S. home consumed approximately 10,812 kilowatt-hours of electricity per year.

A 1,000-pound dairy cow produces 80 pounds of dung every day on average. Before being sprayed to fields, this manure is frequently held in holding tanks. Manure not only produces methane as it decomposes, but it may also contribute to nutrient overload in streams.

Only 3% of US livestock waste is recycled using anaerobic digesters, despite the fact that livestock manure management contributed around 10% of all methane emissions in the United States in 2015.

Anaerobic digestion can reduce greenhouse gas emissions, smells, and up to 99% of manure pathogens when livestock dung is used to produce biogas.

According to the EPA, 8,241 animal biogas systems have the capacity to create approximately 13 million megawatt-hours of electricity per year.

Many wastewater treatment plants (WWTP) currently have anaerobic digesters on-site to treat sewage sludge, which is the solids removed during the treatment process.

Many WWTPs, however, lack the necessary technology to utilise the biogas they generate and instead flare it.

The phrase “Water Resources Recovery Facility” refers to the facility's potential to create clean water, recover nutrients (such as phosphorus and nitrogen), and lessen our reliance on fossil fuels by producing and using renewable energy.

Only around 860 of the 1,269 wastewater treatment plants that use an anaerobic digester utilise their biogas. If all of the facilities that now utilise anaerobic digestion, which treat over 5 million gallons per day, installed an energy recovery facility, the US could cut annual carbon dioxide emissions by 2.3 million metric tonnes, or the equivalent of 430,000 passenger automobiles.

Stalks, straw, and plant trimmings are examples of crop wastes. Some leftovers are left on the field to help keep the soil's organic content and moisture while also preventing erosion.

Higher crop yields, on the other hand, result in more residues, which can be removed in a sustainable manner.

Harvest rates that are sustainable vary based on the crop, soil type, and climate factors.

The US Department of Energy estimates that there are currently roughly 104 million tonnes of crop leftovers available at a price of $60 per dry tonne, based on sustainable harvest rates.

Crop residues are typically co-digested with other organic waste due to their high lignin concentration, which makes them tough to digest.

US Government Support for Anaerobic Digestion

How the US Farm Bill Provides Anaerobic Digestion Funding

The Farm Bill Programs under the Energy Title (IX) of the Farm Bill has been critical to the biogas industry's expansion.

The USDA's Bioenergy Program for Advanced Biofuels, established under the 2014 Farm Bill, pays producers to encourage the production of advanced biofuels refined from sources other than maize starch.

Currently, the programme receives $15 million in required funding each year, with $20 million in discretionary money available through 2018.

Through 2018, the programme required financing of $50 million each year, with an additional $100 million in discretionary money.

Other US Agency Initiatives

The programme encourages livestock farms to adopt anaerobic digesters to reduce methane emissions from animal waste. The AgSTAR initiative, which comprises state and non-governmental partners, assists in the planning and execution of anaerobic digester projects.

Useful Links to Information About Anaerobic Digestion in US States

Anaerobic manure digestion for animal agriculture has come into the mainstream in recent years in the United States. Other countries in Asia and Europe have used … via Energy from Waste: Anaerobic Manure Digestion 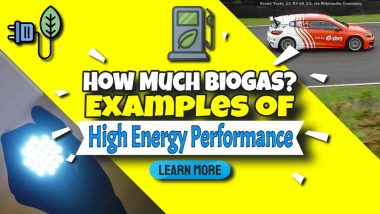 How Much Biogas? Examples of High Energy Performance 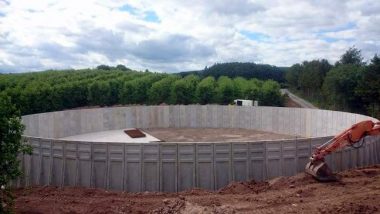