Anaerobic Decay, Methane Gas and Biogas Generators are all topics students learn in the UK Biogas GCSE student curriculum. Here they are discussed from the point of view of a UK biogas expert.

Parents: Did you know that biogas GSCE content is being taught in UK schools?  Yes, it is.

It is good news that the rapid assimilation of the concept of biogas as a resource, and in particular the ability of methane to provide renewable fuel, is recognised in the UK GCSE curriculum.

The fact that the United Kingdom GCSE Course in Biology (B3) includes information on biogas and the anaerobic digestion process (for example from exam board Edexcel), is good.

However, the facts taught don't fully align with usage within the biogas industry, and this may cause confusion.

This is a good foundation for later, when students may continue to learn about the anaerobic digestion process and biogas production.

The facts given are generally good, but I think there are mistakes.

My concerns are as follows:

1. Students are Told About Overwatering Houseplants and the Decay When Plant Owners Flood the Roots –  But is This Really A Correct Example of Anaerobic Decay (Digestion)?

They are told about the process of anaerobic decay which occurs when “bacteria and fungi break down dead matter without oxygen”, in a way which I find confusing.

“This can happen naturally in some soils, particularly water logged soils, and in lakes and marshes.

When people overwater their houseplants and flood the roots, anaerobic decay can occur, which can kill them.”

As an anaerobic digestion expert I wonder just how correct it is to refer to water logged (waterlogged is one word?) soils, lakes and marshes, where there is undoubtedly anaerobic digestion taking place as being equivalent to houseplant waterlogging.

I would not classify root decay from “overwatering houseplants” as anaerobic decay (digestion).

By their own definition (within the same paragraph) anaerobic decay occurs “without oxygen”.

It is also well-established in the research literature that biogas is only created by methanogenic organisms. These only become predominant once all available oxygen has been removed (from all pore spaces and from chemical oxygen present).

It would seem highly unlikely that all available oxygen would be depleted sufficiently in houseplant pots, due to their small size and the ability of oxygen to diffuse the relatively short distance into the soil.

Rather more likely is, that plants which don't normally grow in waterlogged ground, which find themselves with roots in fully saturated soils suffer stress. They become prone to fungal and bacterial decay from aerobic and facultative anaerobes in such cases.

Rotting roots simply occur because the plant is not well-adapted to continually saturated conditions.

2. The Use of the Term “Biogas Generators” Leads to Confusion

“Biogas generators are large vessels in  in which animal waste or specially grown crops such as maize are allowed to anaerobically digest.” via www.bbc.com

The use of the term Biogas Generators in this way is contrary to the usage applied by the biogas industry.

To a biogas expert a “biogas generator” is the electrical power generator set which creates electricity by burning biogas as its fuel.

It's not anything to do with the vessel in which biogas is produced. That is called either the “biogas reactor”, or the “digester/ fermenter”.

The BBC BiteSize website is not the only educational resource making this error. Amazon has several ebooks aimed at school students which include biogas subjects, and a GCSE exam paper available from aqa.org.uk shows a question about a biogas generator.

The above shows that there is a danger of confusing students by what they are being told on the BBC Bitesize GCSE AQA page about Decomposition www.bbc.com

3. Is the Biogas GCSE Teaching the Right Information About Decomposition for UK Students?

BC Bitesize GCSE AQA page about Decomposition at www.bbc.com, mixes up two different anaerobic digestion plant processes in the illustrations. There is a diagram directly above a photograph of a confusingly different type of digester.

The diagram shows a type of buried digester used solely in the warm countries of the developing nations which is not used in the UK. It shows the biogas being used for cooking.

This appears to be a buried masonry dome type anaerobic digestion system of a type developed historically in China, and India. It is a type of digester no contractor would offer to build as it would not be a feasible form of construction to comply with the EU rules for the protection of groundwater (EU Groundwater Directive). It is also a design which has no method of stirring/ mixing.

Below it is an image showing a modern Continuously Stirred Tank Reactor (CSTR) which is commonly used in the UK, but not for provision of cooking gas. 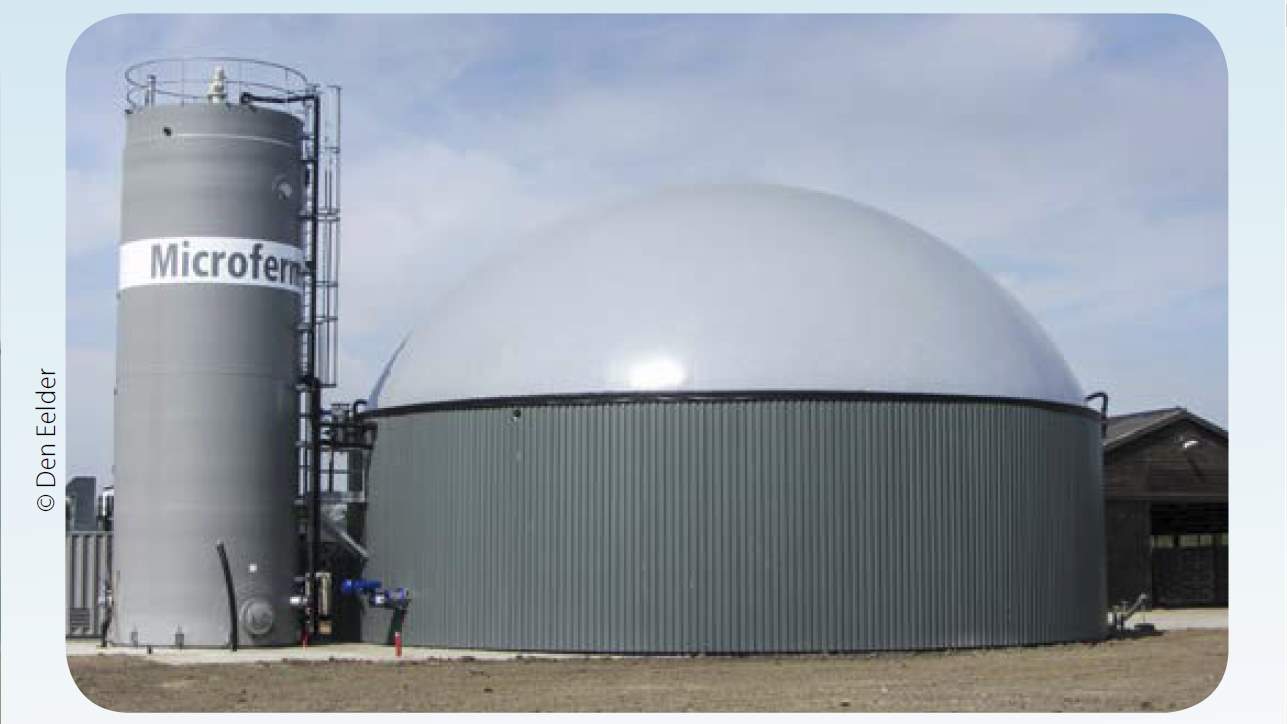 In fact the biogas plant shown in the image is most likely that there is an electrical generator installed out of sight of the photograph, behind the CSTR.

One wonders why UK kids are being shown an above-ground (so called “industrial biogas generator”)  in the GCSE training, when there are so many dissimilarities with the diagram?

The type of digester construction shown in the diagram is also too prone to cooling in the winter to be viable in the UK.

It would be better to show the BiteSize Student consistent examples of one type of AD Plant only.

That plant should be a heat insulated and warmed AD Plant in both the process diagram and the image. Both should be of the of the commercial biogas plant type most often being built in the UK.

Even the use of the description by the educationalists of a “biogas” plant, rather than the more correct English usage of an “anaerobic digestion plant”, is off-message for the UK audience.

Students should simply try to remember that the renewable energy plant process is anaerobic digestion and the output is biogas!

And, one last point. When did you last see dung being collected for an AD Plant feedstock in the UK!

Our teachers seem to be getting carried-away by the use of the internet as an educational resource for their own enlightenment. They should take note that the international practice they see online, may not be applicable to Great Britain.

Am I the only person that would say that they should be more critical and apply UK information when teaching our children, rather than the methods which work in hot climates? Cakes of cow dung are certainly used in India and Pakistan, but their agricultural circumstances and climate are quite different to those in the UK.

But, this is just whingeing!

All those that believe that the AD process and the production of biogas has huge potential and should be being better promoted and to an extent better incentivized, will be pleased that the biogas process is being taught at GCSE level in schools.

This biogas GCSE course example is another indication that the message about the essential role biogas, is at least getting across to the educational establishment.

Let's hope that the UK will not have to wait until the current generation grows up and gets into power in government, before applying a commonsense level of government incentives for the biogas process.

It is now apparent that the UK target for “Net-Zero 2050” will only be met with full use of the biogas process. 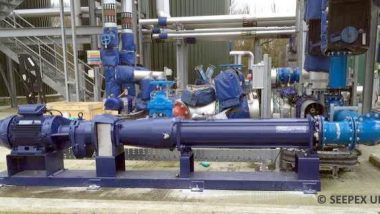 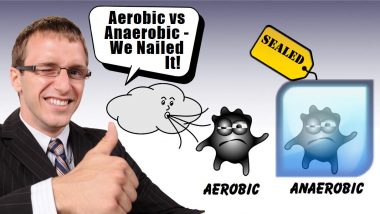