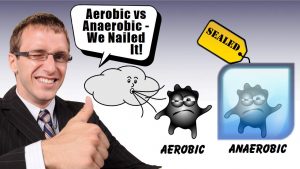 This amounts to comparing aerobic digestion, hitherto referred to as “composting” with anaerobic digestion, in facilities also known as biogas digesters. (If you seek information on human metabolism we have included a section on that comparison. You will see it you Scroll Down to the  bottom of this page.)

Watch our video about this subject below:

Aerobic and Anaerobic Systems in Microbiology

There are 2 major types of systems used for wastewater treatment: aerobic and anaerobic systems. Each has different uses along with pros and cons.

Whether it is aerobic or anaerobic treatment, each treatment system has its place in the world today.

They are very different in the process but both are used to achieve maximum degradation, while meeting the strict regulations set by the environmental agencies that regulate what is released into the air, ground, or water.

Uses of Each Compared

Aerobic digestion is used in compost production and for organic material dissolved in water, aerobic digestion can remove contaminants very effectively, with the exception of high levels of ammonia.

Anaerobic digestion is commonly used to treat sludges in the first areas of a wastewater treatment plant. This process is popular because it is able to stabilize the water with little biomass production. Anaerobic treatment occurs in many different stages.

Aerobic digestion is present everywhere that organic matter decomposes in the open air with an abundant air circulation.

Anaerobic digestion is around us everywhere the spores are in the air just as are the organisms of aerobic decay. Even in a well turned compost heap, some parts are likely to lack enough air fro aerobic processes and some anaerobic digestion will be taking place.

A good indication of anaerobic digestion is the unpleasant smell, in comparison to the “earthy” but not unpleasant odors of aerobic systems (for example, as in “compost heaps”).

Aerobic wastewater treatment is a process where bacteria utilize oxygen to degrade organic matter (generally quantified as biochemical oxygen demand or BOD) and other pollutants involved in various production systems.

The two most common types of aerated wastewater systems are activated sludge systems and aerated stabilization basins (ASBs). ASBs are commonly found as treatment systems in the pulp and paper industry and are used in some municipalities, as well as other industries. via www.ebsbiowizard.com

The following is a comparison of aerobic and anaerobic digestion.

In an anaerobic system there is an absence of gaseous oxygen.

In an anaerobic digester, gaseous oxygen is prevented from entering the system through physical containment in sealed tanks. Anaerobes access oxygen from sources other than the surrounding air. The oxygen source for these microorganisms can be the organic material itself or alternatively may be supplied by inorganic oxides from within the input material.

When the oxygen source in an anaerobic system is derived from the organic material itself, then the ‘intermediate' end products are primarily alcohols, aldehydes, and organic acids plus carbon dioxide.

In an aerobic system, such as composting, the microorganisms access free, gaseous oxygen directly from the surrounding atmosphere. The end products of an aerobic process are primarily carbon dioxide and water which are the stable, oxidized forms of carbon and hydrogen. via en.wikipedia.org 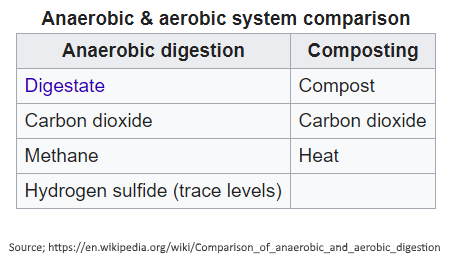 Aerobic and Anaerobic Processes in a Wastewater Treatment System

Aerobic processes use bacteria that require oxygen, so air is circulated throughout the treatment tank. These aerobic bacteria then break down the waste within the wastewater.

Solid wastes that the bacteria are unable to process settle out as sludge. Some aerobic treatment systems include a secondary settling tank to facilitate this settling process.

The final treatment processes prepare the water for return to the environment.

Anaerobic bacteria (bacteria that live in environments that contain no oxygen) transform organic matter in the wastewater into biogas that contains large amounts of methane gas and carbon dioxide.

Anaerobic digestion is, however, not always the second process after aerobic though. It can be used less commonly as a pre-treatment prior to aerobic municipal wastewater treatment.  via greentumble.com

What is the Difference Between Aerobic and Anaerobic

1. For Pupils of Human Metabolism? 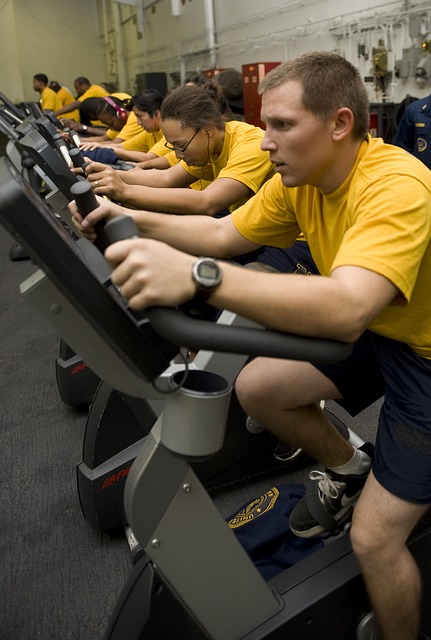 What does aerobic mean to fitness fans? Aerobic is an adjective.

“Aerobic organisms can only survive in an oxygen-rich environment,” said the biology professor. One way to generate energy is through an aerobic process.

Aerobic can also refer to a type of exercise that stimulates increased breathing.

Though it seems counter-intuitive, there is such a thing as anaerobic exercise. Some very intense activities involve muscular activity that produces energy without consuming oxygen.

For more information on this type of exercise, consult a fitness trainer.

2. For Pupils of Cellular Microbiology

Some microorganisms are capable of anaerobic cellular respiration, which means they can survive in very harsh conditions. A crucial part of the nitrogen cycle depends on anaerobic microbial processes. But anaerobic digestion, in which food is broken down by microbes inside tall, airtight silos, has a real shot at scaling near densely populated areas.via writingexplained.org

Aerobic wastewater treatment is carried out by aerobic microorganisms.

Anaerobic wastewater treatment is carried out by anaerobic microorganisms.

Aerobic wastewater treatment process is governed by aerobic organisms which need oxygen for the breaking process. Aerobic wastewater treatment tanks are constantly supplied with oxygen. It is been done by circulating air through the tanks. For effective functioning of aerobic organisms, sufficient amounts of oxygen should be present in the aerobic tanks at all times.

Anaerobic wastewater treatment is a biological treatment process where organisms, especially bacteria, break down organic material in the wastewater in an oxygen absent environment. 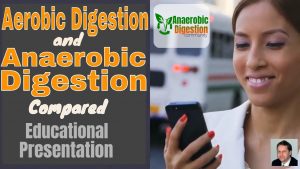 All these steps are governed by anaerobic microorganisms, especially bacteria and archaea.

What is the difference between Aerobic and Anaerobic Fermentation?

In general there are two ways to stabilize organic matter in nature:

The two methods form part of biological digestion of waste. via mechanical.uonbi.ac.ke

Aerobic and Anaerobic Systems in the Human Metabolic Processes

Cellular respiration also occurs outside of macro-organisms, as chemical processes — for example, in fermentation. In general, respiration is used to eliminate waste products and generate energy.

Aerobic processes in cellular respiration can only occur if oxygen is present. When a cell needs to release energy, the cytoplasm (a substance between a cell's nucleus and its membrane) and mitochondria (organelles in cytoplasm that help with metabolic processes) initiate chemical exchanges that launch the breakdown of glucose.

This sugar is carried through the blood and stored in the body as a fast source of energy. The breakdown of glucose into adenosine triphosphate (ATP) releases carbon dioxide (CO2), a byproduct that needs to be removed from the body.

In plants, the energy-releasing process of photosynthesis uses CO2 and releases oxygen as its byproduct. via www.diffen.com 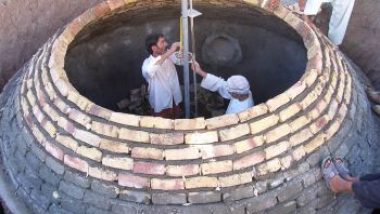 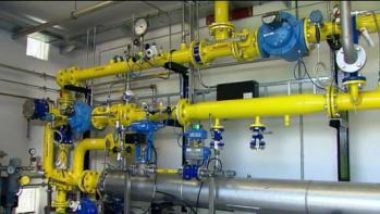 Pipeline Quality Gas and the Benefits of Biomethane Gas to Grid