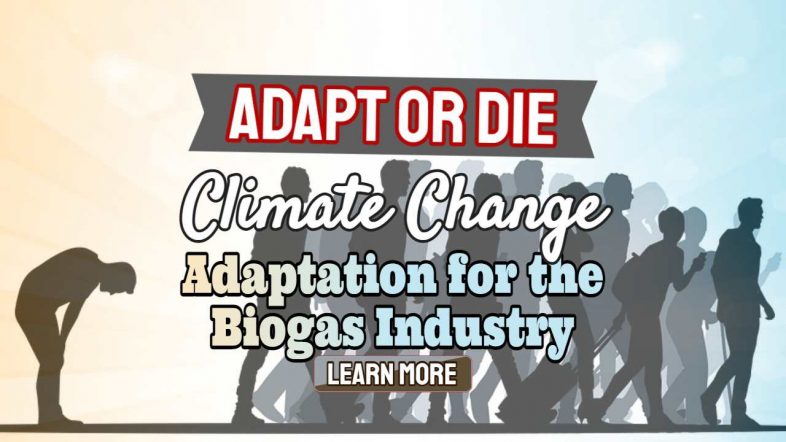 Adapt or Die – Climate Change Adaptation for the Biogas Industry

Adapt or Die is all about Climate Change Adaptation and it will be an essential part of government and business strategy across all industries including for anaerobic digestion and for the biogas industry.

In all the discussions about climate change around COP26 what seems to have been forgotten is that our climate is changing and even if the global community did succeed in limiting global temperatures rising more than 1.5°, extreme weather events will still cause enormous damage.

Damage, that can only be minimised by forward-planning and adaptation. Our heading “Adapt or Die” is alarming but there is no denying that more people will die, and more species will become extinct unless we adapt.

It follows that distributed renewable energy will play a big part in future adaptation, but equally, biogas business owners also need to adapt to ensure their vital power supplies continue to function during extreme weather. Those supplies will be crucial for the communities served and with adaptation, the effects can be minimised.

What is Climate Change Adaptation?

Who is Leading UK Government Planning for National Adaptation?

The Environment Agency (UK) has been entrusted with the duty of acting to adapt national environmental policy, plus plan and implement reasonable actions to adapt infrastructure to protect the nation from avoidable derogation and real damage from climate changes.

They warned in October 2021 that the only way to adequately address the climate emergency is for world leaders to focus more on adapting to the unavoidable climate repercussions that all communities were already experiencing at the time of COP26 (November 2021).

More extreme weather will lead to more flooding and drought, sea level rises of up to 78cm by the 2080s, and UK public water sources requiring more than 3.4 billion extra litres of water per day by 2050, according to a study done for the UK government.

Governments, corporations, and society have been urged to embrace and invest in adaptation rather than bear the penalties of inaction. 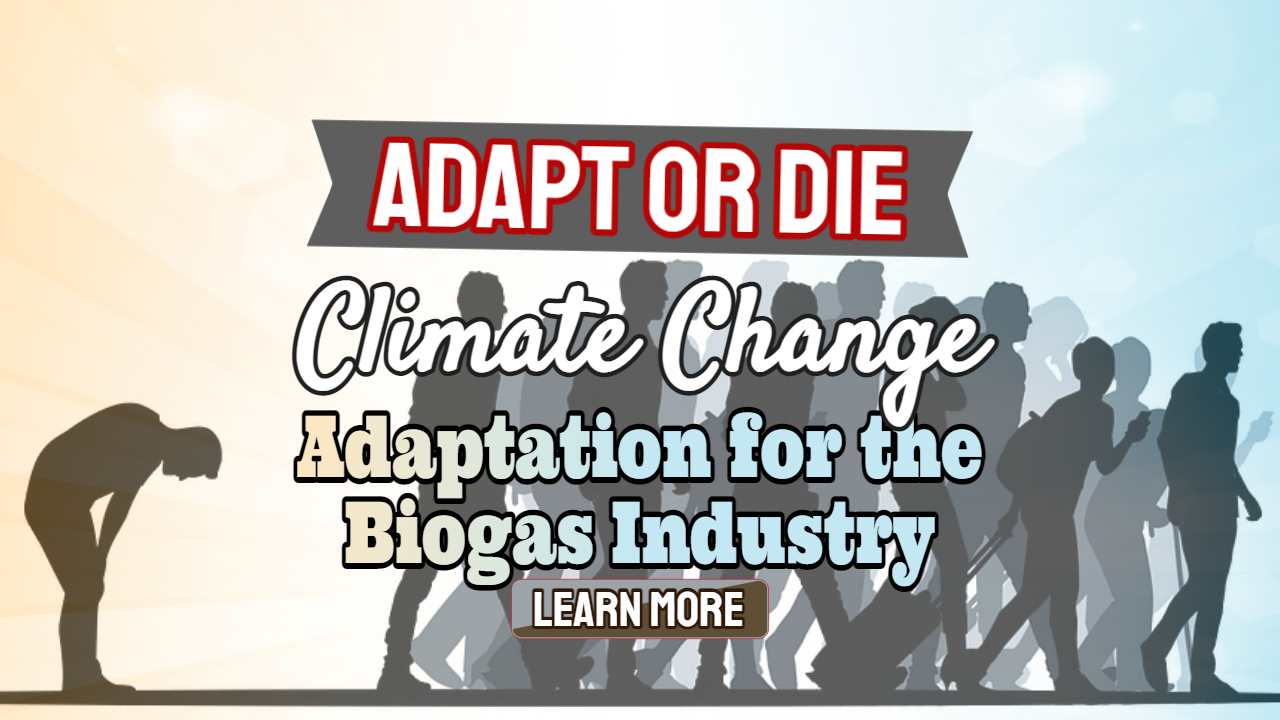 The Need for Climate Change Adaptation

Since COP26 the UK government has confirmed its commitment to adaptation as well as mitigation. This is appropriate due to the fact that climate adaption was one of the Summit's four core goals. But the UK EA has called for more global action to protect the billions of lives and livelihoods at danger.

Adaptation was not given much prominence at COP26 and this should be of real concern to the rest of the globe.

“The climate issue is global, but its repercussions are in your village, your store, and your house,”

People will soon wonder why adaptation action isn't part of government, businesses, and communities – especially when it's much cheaper to invest early in climate resilience than to deal with the price of inaction.

“While mitigating against climate change through decarbonization may save the world, adaptation, or the ability to prepare for climatic shocks, will save millions of lives.” An Example of Adaptation

Simple adaptation actions which may not require much investment, and are easily implemented can have an effect way beyond the effort involved. A prime example during flooding events in the UK in the past has been that low lying electricity substations have been sited on river banks and in flood plains at risk of inundation.

As a result, large parts of major cities have been threatened with weeks of power loss, when all that is needed is adequate bunding or a power line relocation to place the substation at no more than a 2 metre or so higher location.

The British government appears to have understood this but not the rest of the globe.

“Immense climatic repercussions are unavoidable, but with adequate forethought and the right action can be made far less damaging.”

If we do the right things, we can successfully address the climate emergency, but we are running out of time to put in place adequate adaptation measures. Our ideas must evolve at a faster rate than the environment.

2021 and the Disastrous Flooding in Germany

The flooding in Germany this summer claimed the lives of almost 200 individuals. That will happen sooner or later in all countries, regardless of how high the flood defences are built.

Death on that scale will occur unless we also make the locations where we live, work, and travel resilient to the effects of the more violent weather that the climate emergency is bringing.

It's either adapt or perish. We can be safer and more successful if we take the correct approach. So let's get ready, act, and stay alive.

The renewable energy industry can, and should, as a matter of self-interest, do much to ensure the resilience of their installations.

The warning is contained in the Environmental Agency's third adaptation report, which has been presented to the government in accordance with the Climate Change Act.

Despite a 2°C rise in temperature relative to pre-industrial levels, the report's primary estimates include:

“This road map will be critical in ensuring that our natural and built habitats are properly suited to the current and future severe changes in our climate.”

We strongly urge all government agencies, authorities, regulators, and enterprises, large and small, to complete their adaptation plans before the December 31 deadline.

“In early 2022, we look forward to evaluating the EA's proposal as part of our independent assessment for the Government of similar plans from the public and private sectors.”

All Organisations Must Take a ‘Reality Check'

‘Reality check' is a phrase that can be used to describe the situation.

1. Businesses Need to Act for Themselves

The Environment Agency alone will not be able to protect everyone from rising floods and coastal risks:

Climate change is increasing the impact of environmental incidents;

Ecosystems cannot adapt as quickly as climate change: industry and urbanisation have left the UK as one of the world's most nature-depleted countries:

5. Worse Environmental Events are to Come

There will be more and worse environmental events:

The Environment Agency in England has a plan. It is working with government, businesses, and communities to prepare for the effects of climate change, including implementing a record £5.2 billion flood and coastal defences programme over the next six years, according to the Environment Agency’s third adaptation report.

While the hazards are substantial, the EA claims that they can be mitigated by taking action quickly.

Conduct their own adaptability review of their entire operation:

For the site of the installation consider whether say, if there is vulnerability to flooding, whether an existing protective bund around an AD plant created to prevent outward leakage might be raised to prevent inundation during a flash flood. This could save tens of $1,000s in repairing water damaged equipment, before even considering the loss of power and consequences on the users of the power.

Outside the site, if there is a low valley in which flooding might prevent vehicle access to the AD  plant it may be possible to build up the road level less than say 1 metre to stormproof the access way.

If tall trees line a route to the AD plant consider whether they should be inspected regularly to ensure that any that might be blown onto the road in high winds are cut back or felled.

For any AD plant that depends on exporting its electricity supply to an overhead power line prone to storm damage, resilience considerations might be just one more factor to push the business to opt to invest in biomethane upgrading equipment. Upgraded biogas can be sold as CRNG (Compressed Renewable Natural Gas) trucked out in gas cylinders.

Indeed, the ultimate resilience for an AD plant operator might be to run all the business fleet on their own CNG!

We hope that this article has helped you to understand the concept of adaptation to climate change. We welcome your comments below. 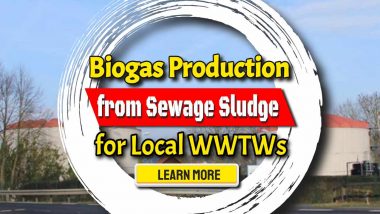 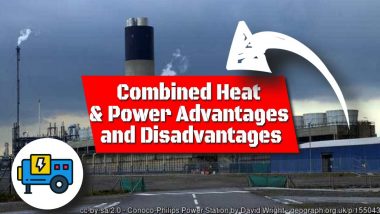