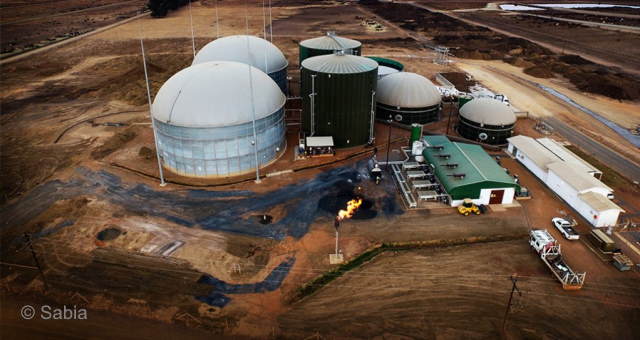 The adoption of Anaerobic Digestion in South Africa is at an early stage in what will be a large and productive local industry if developed to even a small proportion of its full potential. For anyone familiar with the country it must be undeniable that they have large untapped renewable resources in all forms of renewable energy. The only clear exception is hydro-power in such a dry country.

Recently the reporter Halima Frost got together with the Secretary of the national trade body for the biogas industry, and wrote the following analysis of the potential for anaerobic digestion and biogas in South Africa:

The following article is republished with permission from Creamer Media's Engineering News:

Twofold benefits of investment in biofuels

The South African biogas sector can attract up to R250-billion in local and international investment and contribute to a 15% reduction in the total greenhouse gas emissions generated by the country, says Southern African Biogas Industry Association (Sabia) general secretary Alberto Borello.

Currently, the installation of 1,250 MW may be financially viable and can contribute to the creation of 30,000 permanent jobs and 142,000 temporary jobs.

Speaking at the inaugural World Biogas eFestival, hosted online by the World Biogas Association (WBA), last month, Borello said the amount of organic waste that South Africa is collecting and disposing to landfills could easily be converted into biogas and generate more than 10 GW of power.

He pointed out that biogas plants are the best solution for the organic waste management crisis.

Sabia promotes the production of biogas through the installation of biogas technologies at agri-industry processing facilities, urban wastewater treatment plants, and livestock farms. 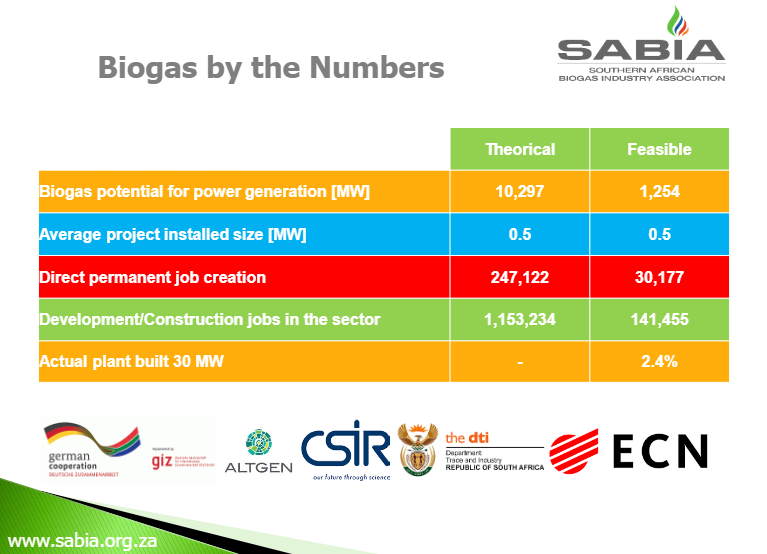 He also discussed the recent ban on the disposal of organic liquid into landfills and the implementation of a separate collection for organic by-products in the major urban areas. This will then necessitate the construction of plants to process the organic liquid and transform the municipal organic waste into a resource.

Sabia also hopes to set targets for the recycling of biodegradable wastes and feedstocks, as well as promote the development, support, and creation of its payment for ecosystem services tariff to stimulate the recovery of organic residues.

Borello pointed out that, in the past five years, Sabia worked very closely with public institutions to expedite the implementation of the legislation for the reuse of the organic waste available since 2016, the development of environmental norms and standards for biogas projects, as well as the exclusion of biogas plants from the air-emission licence.

Borello has been selected to serve as a member of the newly formed World Biogas Association (WBA) Council, announced in the UK last month.

He enthuses that this is an opportunity to be a change-agent in the biogas industry for South Africa. “I am extremely honoured to serve on the WBA Council on behalf of Sabia.”

Being part of the WBA Council will increase the cooperation between the two organisations, with reciprocal benefits.

The role of the council will be to help provide a strategic vision for the WBA’s activities and to help clarify the major barriers to achieving the 12% reduction in greenhouse-gas emissions by 2030 goal, according to the Paris Agreement on climate change.

The council hopes to achieve this by providing guidance on how to overcome those barriers in a way that will support the development of the biogas sector globally.

Further, the council hopes to aid in the creation of alliances and partnerships for the association and its members, as well as feeding into the association’s reports and publications.

Borello says Sabia and the WBA have worked closely over the past two years to achieve important goals in terms of the promotion of the biogas sector.

Sabia will continue to have access to studies, resources and reports, and gain insight from the lessons learned by countries that have successfully developed biogas sectors.

The WBA, in turn, will continue to have access to not only information regarding biogas policy development but also eventual business opportunities in South Africa, with assistance from Sabia. 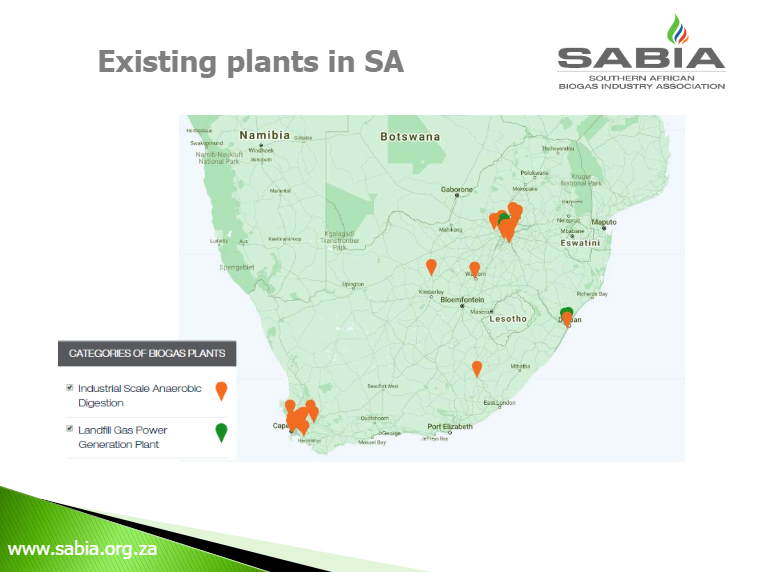 South African Biogas Potential Is Very Similar To Most Nations

The evidence is in and the global perspective is: Renewable energy is viable, reliable, and ready to go – all that’s missing is the political will to kick start an energy revolution in South Africa.

An eloquent article by Greenpace said it all, back in 2016, and we quote:

Right now, renewable energy is actually already cheaper than coal and nuclear power at every step.

SA Falling Behind on Renewable Energy

May 2018: South Africa is falling behind on renewable energy project implementation, even as other nations accelerate their plans for green energy.

According to data from Greenbyte, a renewable energy management systems manufacturer, SA lags far behind fellow BRICS country China which has 188 232MW (megawatts) of wind power capacity and 106 921MW of solar energy capacity.

“We have been stuck in a black hole for over two years while Eskom refused to sign the power purchase agreements for the recently approved 27 renewable energy independent power producer (IPP) projects, which has created massive policy uncertainty in the renewable energy space,”

We headlined this article “Anaerobic Digestion in South Africa”, but some readers will be more familiar with the terminology of “biodigesters”. Others would classify this topic as being connected with “waste to energy”, and of course, biogas plants are also, no doubt, referred to as “waste to energy plant” in RSA.

The following are excerpts from other (older) news items about Anaerobic Digestion in South Africa: 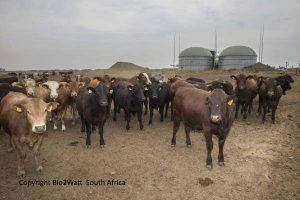 The announcement followed an agreement with Bio2Watt, enabling BMW’s Rosslyn plant to receive 25% to 30% of its electricity requirements from renewable sources.

The Bio2Watt biogas plant in Bronkhorstspruit is located on the premises of one of South Africa’s larger feedlots – Beefcor.

The location provides the project with proximity to key fuel supplies; grid access; and a sufficient water supply from Beefcor’s stormwater collection dams.

The biogas process relies on organic waste, which is directed into a digester where biogas is produced. This gas is then used to produce electricity, which is inserted into the power grid for uptake by power purchasers like BMW.

At the Bronkhorstspruit biogas plant, about 40,000 tons of cattle manure and 20,000 tons of mixed organic waste are fed annually into two anaerobic digesters that produce biogas.

The Bio2Watt plant in Bronkhorstpruit has the capacity to generate 4.4MW, and Bio2Watt [said in 2015 that it was] establishing more anaerobic digestion projects in South Africa.  via BehindBMWBio2Watt

The relatively low number of anaerobic digestion facilities in South Africa is even more surprising when you consider the quality of the locally available training, as provided in the video below:

stated Council for Scientific and Industrial Research principal engineer Crescent Mushwana at the launch of the South Africa Bio-energy Atlas in Pretoria.

“Bio-energy is feasible from organic waste, residues from forestry and agriculture [lignocellulose], and eradication of alien invasive plants.”

“These all amount to ‘low-hanging fruits‘. ”

“The economic viability of biofuels from purposely cultivated crops is currently negatively affected by the low price of oil.”

Basically, these are air-tight containers in which a biological process called anaerobic digestion takes place. Ideally, the temperature has to be controlled for optimal efficiency. The result is a mixture of methane (the major part) and carbon dioxide gas. The methane can be used as fuel to generate electricity. The residues can be used as fertiliser. 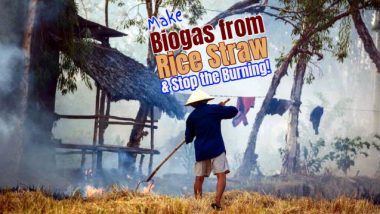 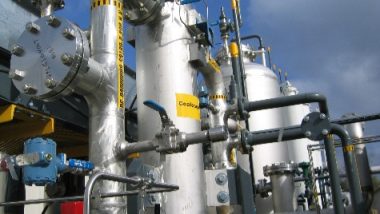