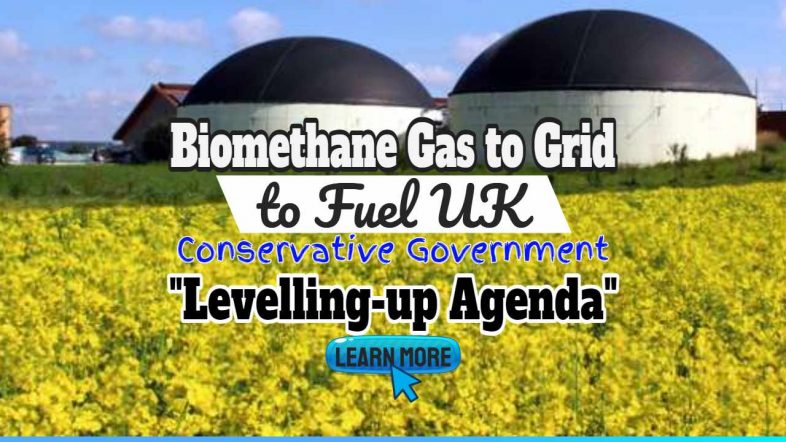 Earlier this week a Parliamentary Under-Secretary reaffirmed the Government’s commitment to supporting the anaerobic digestion industry in its quest to develop biomethane  “gas to grid” (gas to the nation's natural gas grid). And to help fuel the UK “Levelling-up Agenda” while also adding to UK decarbonisation required to comply with national targets.

Unfortunately, actions speak louder than words, and while the news in the Press Release below is very welcome. The reality of government support is rather different.

The UK government spends much time in self-praise over UK performance in supplying renewable electricity. While it is conceivable to electrify much of our energy usage, analyses of balanced vs. primarily electrified scenarios show that making our gas green is by far the most cost-effective road to net neutral emissions.

As a result, we were excited to learn that the government had decided to include AD biomethane in their new Green Gas Support Scheme (GGSS), a new subsidy scheme aimed at increasing the share of green gas in the grid. But, these hopes were dashed earlier this month when the GGSS was opened to applicants, and we were told that only 90 applications were anticipated in the life of the whole GGSS.

We hoped that the new programme would improve on the now-closed Renewable Heat Incentive system (RHI). Tariff degressions, as well as the RHI's expiration in March 2021, have caused a lot of uncertainty in the AD industry.

The UK biogas industry reached a near halt in 2020 after a decade of expansion. Approximately 3.6 Tera-Watt-hours of AD biogas were pumped into the national gas system in 2019 from the installed capacity, enough to heat slightly under 280,000 households. This accounts for less than 1% of the UK's natural gas consumption. But the GGSS was seen as redressing this situation and the scheme was opened for applications this month.

By 2030/2031, BEIS' projected yearly aim under the GGSS would increase biomethane pumped into the grid by 2.4 Terawatt-hours per year (Future Energy) by the scheme's end. The REA estimates a potential exists for 9 TWh/annum of biomethane from AD by 2026, based on the RHI up to its closure and an optimum GGSS contribution. Other independent predictions (including the CCC) put the potential still higher.

On this basis, the government's support is very unambitious and aimed at less than a third of the potential, and our opinion on this blog is that our analysis more truly represents the level of UK government support.

Lord Callanan opened the 2021 Anaerobic Digestion and Bioresources Association (ADBA) National Conference on 14 December 2021 with a clear message about the value of biomethane in helping the UK to meet its Net Zero targets and fulfil its ambition to level up the country’s economy.

In his keynote speech, the Parliamentary Under-Secretary of State at the Department for Business, Energy and Industrial Strategy said:

“In the Government’s Biomass strategy published in November, biomethane is recognised as playing an important role in helping decarbonise the gas grid. This follows the Climate Change Committee’s recognition of biomethane as valuable in all decarbonisation pathways, whatever its end-use.

“The anaerobic digestion (AD) industry not only has a very meaningful role to play in achieving Net Zero targets but also in delivering broader social and economic benefits across the country.  The AD sector not only generates and supports a great number of high-quality jobs, but we are of course very keen to facilitate further job growth as part of the levelling up agenda.

“Closing regional disparities and delivering better economic and social opportunities to all parts of the country sits at the heart of the Levelling Up agenda. The AD industry’s contribution to the development and diversification of the rural economy – with 80% of all GB plants located in areas with lower-than-average Gross Value Added – deserves praise and recognition in this regard.”

Lord Callanan also highlighted the longer-term potential of biomethane as a technology compatible with the hydrogen economy, in which the biomethane could be used as a feedstock:

“The GGSS will close to new applicants in 2025 and that aligns with the planned mid-2020s timescale for strategic decisions regarding the role of hydrogen in the decarbonisation pathways.”

He also pointed out the current interest in Carbon Capture and Usage associated with biomethane and called upon the industry to engage with Government “to better understand the opportunities this presents for the UK”.

“We are encouraged by the Government’s commitment to support biomethane production both in the short and long term, and the recognition of our industry’s value across a range of environmental and economic challenges: decarbonisation, job creation, technological innovation and the development of a low carbon circular economy.  We will continue to urge Government to align policy across all departments concerned and help put in place the market mechanisms that will enable the sector to become financially self-sufficient. We are grateful for Lord Callanan’s engagement with our industry and look forward to working with his team and colleagues in Government to establish the policy framework needed for AD and biomethane to deliver on their Net Zero and employment potential.”

The opinions expressed here do not represent the views of ADBA. 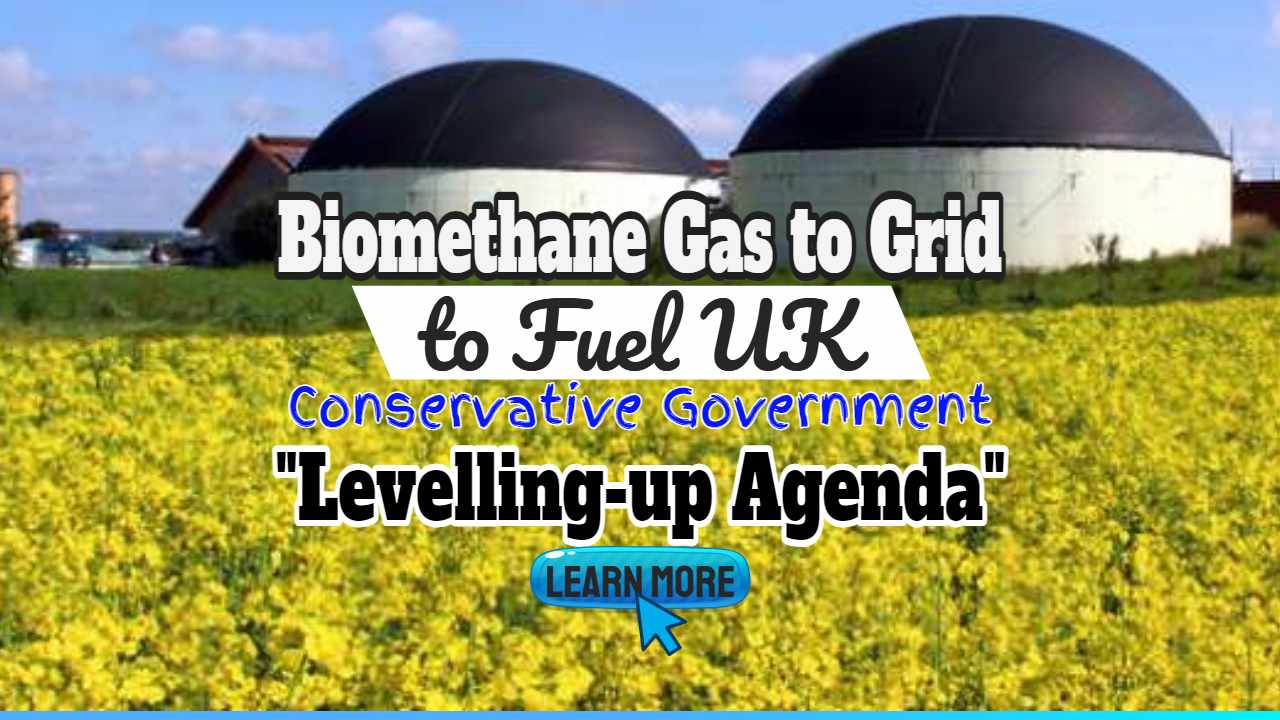 The Anaerobic Digestion and Bioresources Association (ADBA) represents the anaerobic digestion (AD) and biogas industries in the United Kingdom. The ambition of ADBA is to see the full potential of the UK AD sector realised so that it can assist the UK in meeting its emissions targets and other policy objectives, therefore creating a genuinely circular economy. www.adbioresources.org

About the UK AD industry

There are currently 686 AD plants operational in the UK.

Anaerobic digestion (AD) is the natural breakdown of organic matter when deprived of oxygen in a container called a digester.  The process produces biogas and a residue called digestate, which can be used as a natural biofertiliser.

The graphic below shows the applications of biogas and digestate and circularity of the AD process. 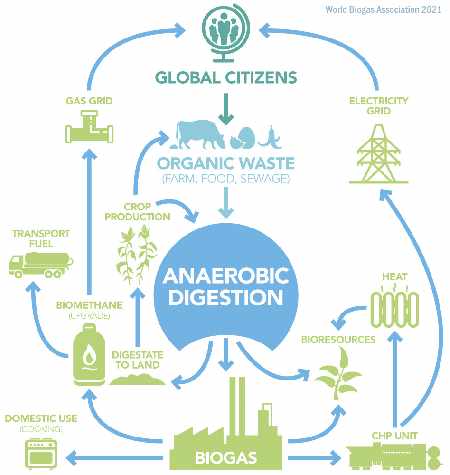 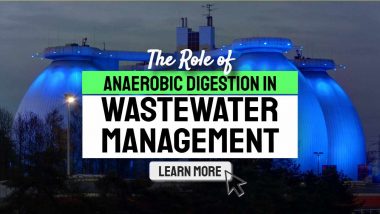 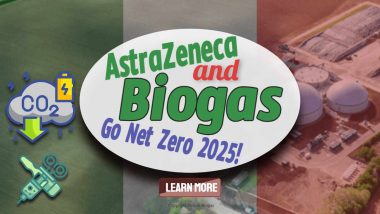