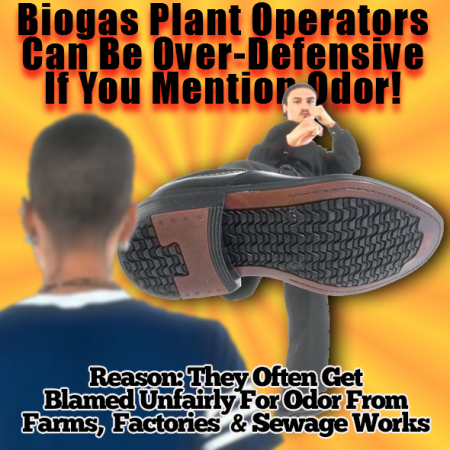 In a very welcome move, the White House is backing farm biogas production from manure and other feedstocks, as a way to reduce national methane emissions which are implicated as a significant source of climate change.

The US dairy industry not only came to the same conclusion in 2009, but has been working toward its own carbon footprint reduction target since then, but who would we be to be critical when a politician takes only a short 5 years to wake up to a “good thing” for the environment which they can take credit for.

The news, which shows that the White House after 12 months of extreme weather conditions which by themselves have convinced an ever-increasing number of Americans that climate change not only exists but is already having a major impact on their lives, is at least keen to look as if it is sensitive to global warming issues.

In the last few days there has been a flurry of reporting around this topic, and we have added a few links to the various articles below:

In its announcement, the White House formally cited the work of the Innovation Center for U.S. Dairy’s Sustainability Council, whose efforts in part include a partnership with the USDA to proactively reduce greenhouse gas emissions, including methane.

“This announcement validates the path the dairy industry is on – one focused on proactive incentives that can increase farm income, not punitive regulations that would add more costs,” said Jim Mulhern, president and chief executive officer of the National Milk Producers Federation.

“Because of our recent efforts and farmers’ long-standing environmental stewardship, the White House strategy for agriculture includes a commitment to cost-effective, voluntary actions to reduce methane emissions through partnerships and programs.

In agriculture, belching, flatulent cattle are a focus. In June, the Unites States Department of Agriculture (USDA), EPA, and DOE will release a “biogas roadmap.” It will outline voluntary strategies (from the ranchers, not the cows) to speed up the …

Of course, when it comes to food waste the most environmentally beneficial way to reduce methane emissions is not to produce waste food in the first place, and it is to Newseek's credit that their article recognizes this:

Newsweek
Also with livestock, farmers could convert methane-laden manure into greener materials, such as compost or even electricity-yielding biogas. Consumers, on the other hand, can accomplish a lot simply by eating more responsibly. Almost half of the food …

Interestingly, commentators in the UK saw things in a slightly different light in the following article:

ᔥ US government searching for ‘cow of the future' to save the environment
Telegraph.co.uk

One such example is the National Biogas Roadmap, announced by President Barack Obama, late last month, which will help install biogas digesters in slaughterhouses, dairies, and ranches that will capture methane gas released by the cows' manure …

A US government climate initiative is to address the largest source of methane gas in the country: cows.

The Obama administration's crackdown on methane emissions has given fresh impetus to the development of an environmentally friendly ‘cow of the future'.

There are currently 88 million cattle in the United States, and together  their farts, burps and manure produce more methane gas than landfill sites, natural gas leaks or even fracking.

Methane, which has 20 times the global warming effect of carbon dioxide, accounts for 9 per cent of US greenhouse gas emissions, according to White House estimates. A typical animal emits 250-300 litres of methane a day.

Solutions being explored range from anti-methane pills and dietary supplements to burp scanners and gas backpacks.

Credits: US government searching for ‘cow of the future' to save the environment – Telegraph.co.uk

Trust the Brits to be the ones that spotted the potential for an article which talks about farts, and burps in the debate about how to Reduce Methane Emissions! But, it does remind us that only part of the methane emissions generated by the diary industry (.ie. that from the manure) can be used productively by installing anaerobic digestion plants.

We would be interested in your views – please comment. Is the US government really interested in reducing methane emissions and helping farmer to do that, or is this just lip-service to looking environmentally aware in order to get votes? 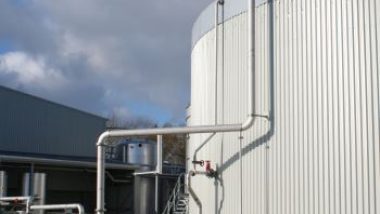